Thomas Volney Munson (T.V. Munson), one of America's most renowned horticulturalists, built this home, called Vinita, in 1887. He moved to Denison from Nebraska in 1876, moving one final time to Vinita in order to be closer to the Denison Nursery grounds where he conducted research. Over his life, Munson discovered 300 previously unknown varieties of grapes. This research culminated in the publication of his book, Foundations of American Grape Culture, which is still considered the foremost source on horticulture of grapes in America. Vinita Home, made an official historical landmark in 1967, is available for tours upon request.

The Vinita Home was where Munson built his extensive collection of grape samples. He would invite friends to come to his home and taste wines and grape juices he made himself. 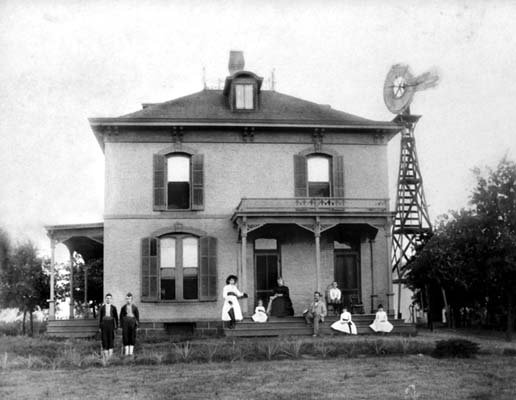 Today, the Vinita Home is located across the street from the Heritage Educational Center, where you can see wine-related memorabilia and attend classes. 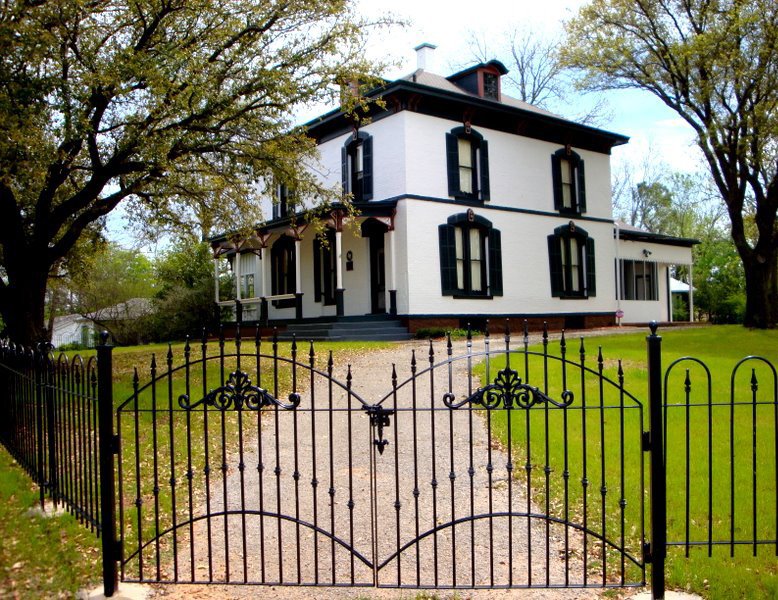 In the late 1880s, Munson worked with many other viticulturists, especially fellow Texans, to help save the wine industry in France. 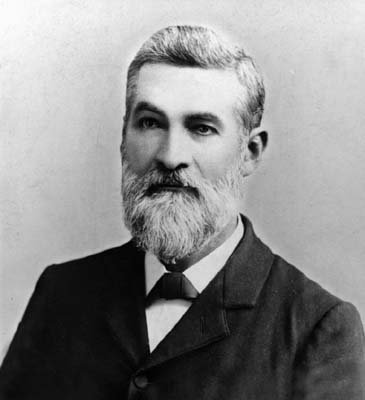 Thomas Volney Munson, otherwise known as the Grape Man of Texas, was born in Illinois on September 26, 1843.[1] As a child, Munson worked on the family farm, but it was  until he visited his college chemistry professor’s vineyard that he became interested in grapes in particular.[2] With this, his lifelong love of nature and fascination with knowledge was cemented. Munson was a highly scientifically-minded man, always in pursuit of some topic of research. His home in Denison, where he lived from 1887 until his death in January 1913, was the site of much of his viticulture research. The home was carefully designed by Munson, and located less than a mile from his vineyard; thus, the home was christened “Vinita.”[3]

Beginning in his youth, Munson was a self-professed infidel (the archaic term for an atheist).[4] During college, he wrote several articles and pamphlets on religion and science, and later attended controversial meetings in Denison with other supposed "infidels."[5] Ultimately, Munson disavowed organized religion but still claimed to believe in a God that had created the physical, natural world to which he felt so devoted and connected.[6] He ended up staying after graduation at the Agricultural and Mechanical College of Kentucky (A&M Kentucky), where he earned his Master’s degree[7] in science, working as a professor of science.

One of Munson’s most significant accomplishments occurred in France, far from the American grapes to which he was so devoted. A parasite destroyed much of the vineyards of Europe in the 1840s, and after that, the plants that Europeans imported were infected with another type of lice called phylloxera.[8] In the late 1880s, Munson sent some rootstock that European viticulturalists could graft to the existing plants, ultimately saving the European wine industry.[9] The French government was extremely grateful for his help, and Munson received several awards and honors. There is a statue in Montpellier, dedicated in 1894, which is labeled as Jules-Emile Planchon and celebrates his contributions in providing American grapes and saving the wine industry. The Munson family, however, insists that there is an existing statue of him in France, and this particular one bears a strong resemblance to photos of him.[10]

From 1871 to 1873, Munson worked with Charles Stuart Bell, the father of his wife Ellen Scott Bell, in his nursery business. In 1873, Munson moved his family to Lincoln, Nebraska, where he opened his own nursery. He found the weather too difficult to work with and moved the family again in 1876 to their first Denison home, Scarlet Oaks.[11] In 1887, they would move one final time to this house Munson specifically built next to the grounds of the Denison Nursery,[12] where Munson experimented with other crops, such as persimmons, peaches, apples, and pecans.[13] Above all, though, he delved into studying the grapes growing in Texas and all over America. He traveled frequently, going to more than 40 states[14] to collect samples. His work led to the discovery of 300 previously unknown varieties of grapes.[15]

In 1885, Munson exhibited his complete collection of all known species of grapes found in America, showing it in New Orleans, Louisiana.[16] Eight years later, the collection was shown at the World’s Columbian Exposition in Chicago, Illinois.[17] Munson’s 1909 book, Foundations of American Grape Culture, is still considered the prime source on everything about the agriculture of grapes in America.[18] In 1997, with the donation of a winery, Schoppaul Hill (renamed the T.V. Munson Instructional Winery), Grayson College became the only college in America to have a fully operating commercial winery included in its viticulture program.[19] Today, the west campus of Grayson County College, which houses the viticulture school, is named after him.[20]