The Oberlin Heritage Center (OHC) is an accredited complex of historic sites, a historical society, and historic preservation organization that offers educational programs, tours, kids’ activities, and workshops. OHC owns and administers three historic sites: the Monroe House (1866), the Little Red Schoolhouse (1836), and the Jewett House (1884). The mission of the Oberlin Heritage Center is to preserve and share Oberlin's unique heritage and to make our community a better place to live, learn, work and visit. 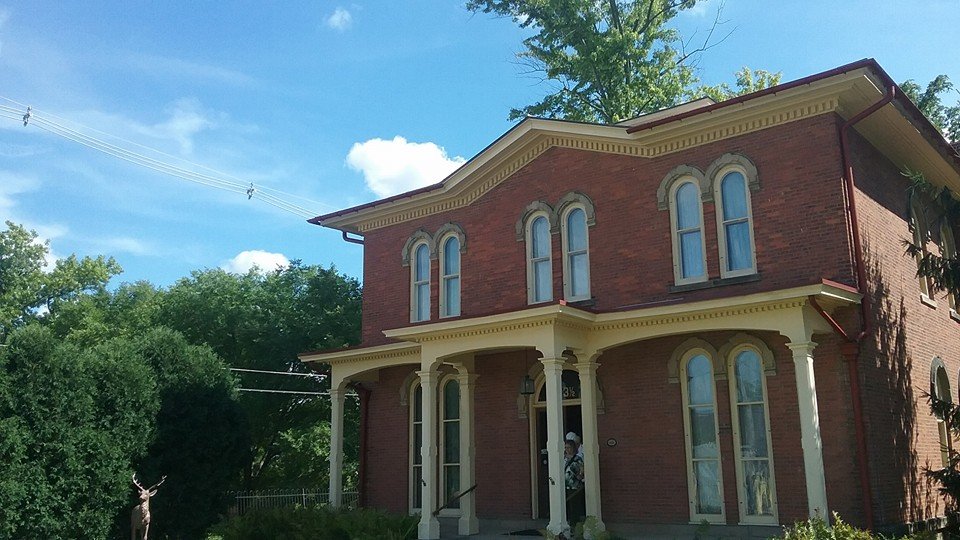 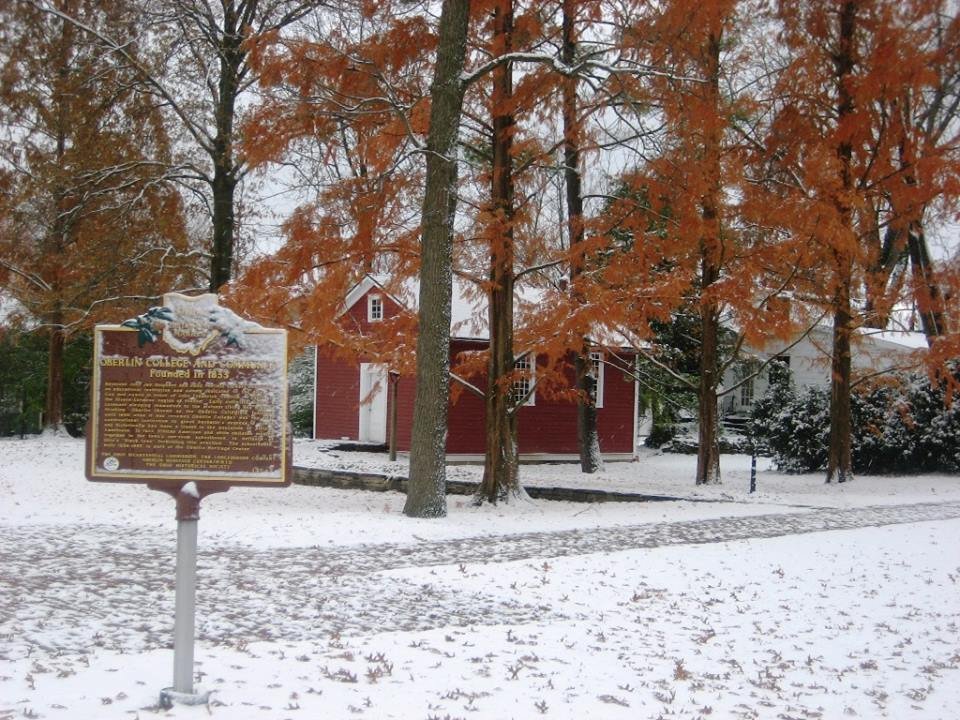 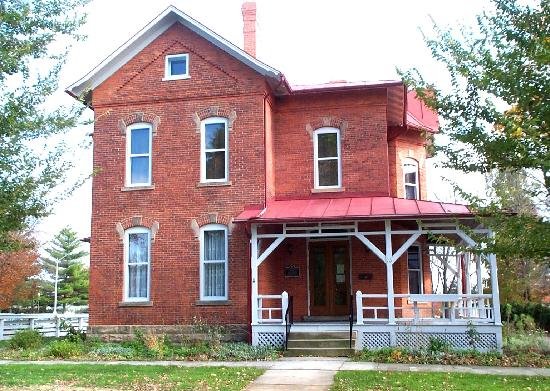 By the early 1900s, the Progressive Era was in full swing. This era was characterized by different social activist movements including women’s rights, labor reform, temperance, and the City Beautiful movement. In Oberlin, this materialized as the Village Improvement Society, which improved sanitation and landscaping, built playgrounds, and created the park system in town. The next iteration of this group would be the Oberlin Historical and Improvement Organization (O.H.I.O.) which was formed in 1964 when the Village Improvement Society merged with the Oberlin Historical Society, formed in 1960. O.H.I.O. acquired the Monroe House, Jewett House, and Little Red Schoolhouse and in 2005 officially became known as the Oberlin Heritage Center.

The Little Red Schoolhouse is the oldest of the properties maintained by the Oberlin Heritage Center and the oldest still-standing building in Oberlin. It was constructed in 1836 and served as a public school for children ages 5-15 until 1850. It is considered Oberlin’s first public school, as it was the first to be built specifically for children’s education.  Students of all ages learned together, often taught by students from Oberlin College. Oberlin’s first public school is notable because it actively defied Ohio’s “Black Laws” by allowing students of all races to attend. In 1851, a larger, graded school opened, marking the end of the Little Red Schoolhouse’s run as a school. It changed ownership several times between the 1850s and 1950s, when it was used as private residences and a shop. The Schoolhouse was set to be demolished by the City of Oberlin after a 1957 fire, however Oberlinian Clifford Barden organized residents to form the Oberlin Historical Society and the structure was saved. It finally came to its current resting place in 1997, where it is a stop on the Upstairs/Downstairs tour, restored to its original purpose as an 1830s schoolhouse. Every year the Oberlin third graders visit for a full day of lessons and games in the Little Red Schoolhouse.

The Monroe House was built in 1866 for Civil War General Giles W. Shurtleff. He only lived here for four years, however, and in 1870, James Monroe and his wife Julia moved in. The family would reside in the house until Julia’s death in 1930. James Monroe was a prominent abolitionist, professor at Oberlin College, U.S. Consul to Brazil, and a congressman for Ohio and, later, the United States. Julia Finney Monroe was the daughter of Charles Grandison Finney, a well-known Revivalist minister and 2nd President of Oberlin College. Julia deeded the house to Oberlin College in 1916, and the College maintained it until 1960, leasing it to Dr. A.C. Siddall, the Tanner family, the Crosby family, the Barber family, and students at Oberlin College. The Monroe House was moved to its current location in 1960, when the new Oberlin College Conservatory of Music was constructed. Renovations began in the 1980s, and today the Monroe House is furnished with period-original and reproduction pieces that reflect the 1880s and Julia’s personal taste.

The Jewett House was built in 1884, and is of the Victorian Queen Anne style. It is notable for having been the home of Frank Fanning Jewett, a professor of chemistry at Oberlin College, and Sarah Frances “Fannie” Gulick Jewett who was very involved in Progressive Era movements and authored a series of health and hygiene books. Frank Jewett was also a member of the Oberlin Town Council and Fannie Jewett joined the Village Improvement Society early on. Both the Jewetts, and the following occupants, the Hubbards, rented out portions of the house to students from Oberlin College and other boarders. O.H.I.O acquired the Jewett House in 1966, and it was home to caretaker Florene Worcester, and later to students through Oberlin Heritage Center’s Scholar-in-Residence program from 1994-2001. The house today is remodeled to reflect a circa 1915 home highlighting technological advancements of the time and features an exhibition on Charles Martin Hall – Oberlin resident and student of Frank Jewett who invented the modern process for commercial production of aluminum. The home was added to the National Register of Historic Places in 1979.