W.E.B Du Bois was a Great Barrington native who became one of the leading scholars of the African American experience in America and one of the most influential thinkers of the early 20th century. Du Bois also played a significant role in shaping the National Association for the Advancement of Colored People (NAACP) and other civil rights organizations. Du Bois became the first African American to receive a Ph.D. from Harvard and was the only person of color to serve in a position of national leadership within the NAACP in its formative yeas. Du Bois's influence as a scholar crossed international boundaries and his work in the field of history and sociology continue to influence leading scholars and the general public.

The W.E.B. Du Bois Homesite is Administered by the University of Massachusetts Amherst 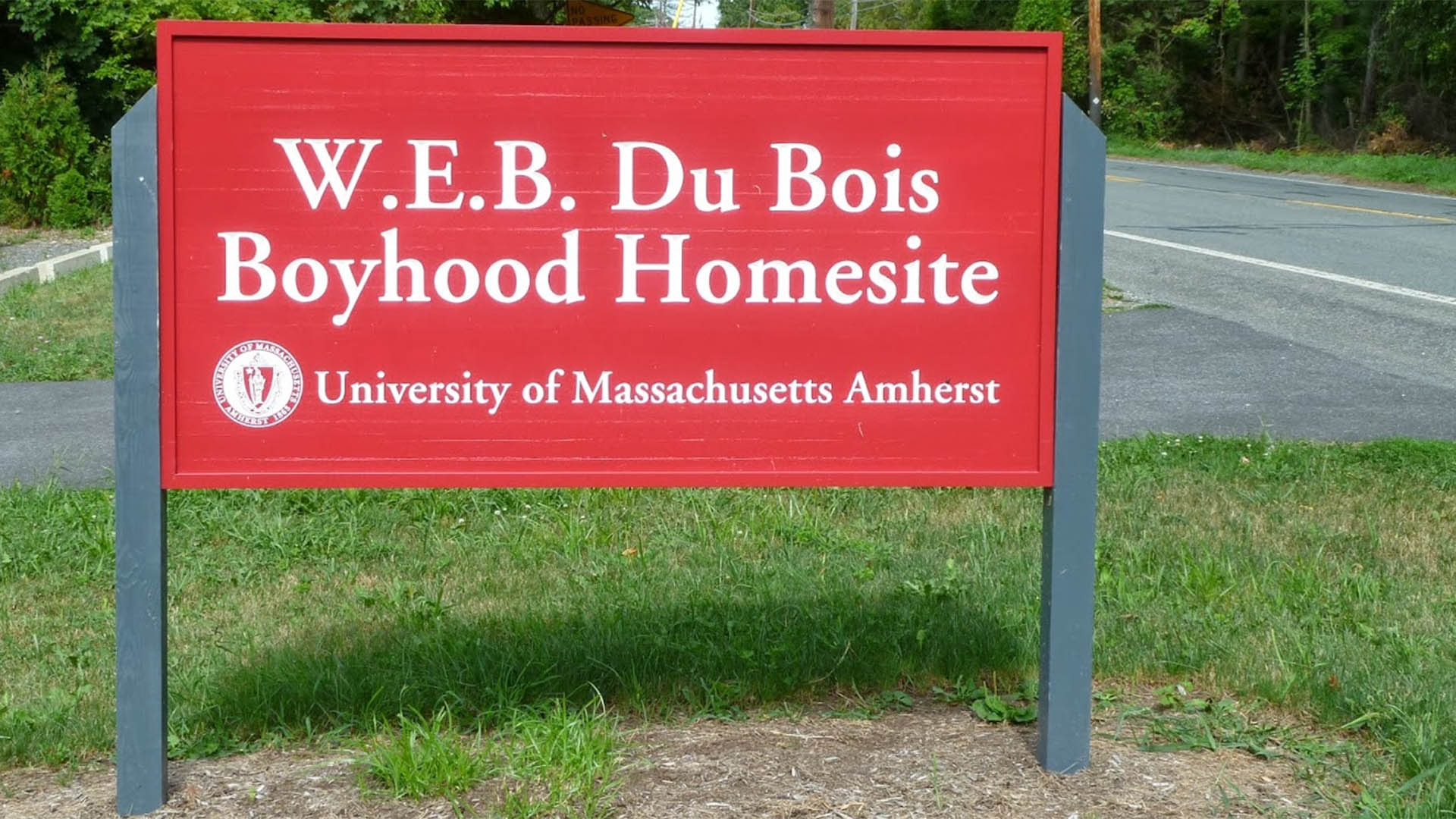 Du Bois's boyhood homesite and memorial park are National Historic Landmarks that are owned by the W.E.B. Du Bois Center of the University of Massachusetts and maintained by students and scholars at the University of Massachusetts-Amherst and community members through the Friends of Du Bois organization. Visitors to the Homesite can take a self-guided walking tour of a small interpretive trail that highlights Du Bois’s journey from Great Barrington to the world stage. Markers written by university scholars provide information about the history of the site, Du Bois' life, ongoing archaeological excavations, and information about the dedication of the site in 1969. Visitors should be sure to wear long pants or utilize insect repellant because the trail goes into some forested areas.

The quote from the official website of this National Landmark offers a short history of how this site was available for preservation: "For a sixtieth birthday in 1928, friends at the NAACP gave to Du Bois the Burghardt family homestead. Although he wanted to renovate his grandfather’s house, Du Bois never had the funds and had to sell the property. The house was demolished in 1954. In 1967 the idea for a national memorial to Dr. Du Bois was born when Professor Edmund W. Gordon and Walter Wilson, a local realtor, purchased the Homesite property, establishing the Du Bois Memorial Foundation a year later. The five-acre parcel includes the original Burghardt family homestead where Du Bois spent his early boyhood. In 1987 the Du Bois Memorial Foundation donated the National Historic Landmark to the Commonwealth of Massachusetts, designating the University of Massachusetts, Amherst, as custodian. The Homesite is an active teaching and research site for students and faculty at the UMass Amherst Anthropology Department."