The Peabody Hotel, often called the “South’s Grand Hotel,” is one of the leading historic hotels in the nation. This luxury hotel opened in 1869 at the corner of Main and Monroe and closed in 1923 to facilitate the construction of a more modern and grander facility at the Peabody's present downtown Memphis location on Union Avenue. The hotel was built by Colonel Robert Campbell Brinkley and named in honor of George Peabody, Brinkley's friend and partner who passed away before the completion of the original hotel. The original Peabody opened to grand acclaim in 1869, but nothing could match the opening of the 1925 Peabody Hotel with its lavish dining rooms and luxury accommodations for all overnight guests. Today, the hotel is known for the "Peabody Ducks" that live on the hotel rooftop and make daily treks to the lobby. Guests may enjoy their kind of wildlife on the hotel roof, a local concert venue and a popular nightspot in Memphis. 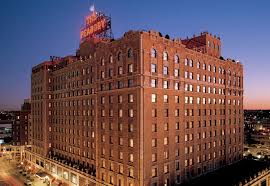 This postcard shows a panoramic view of the Peabody circa 1935 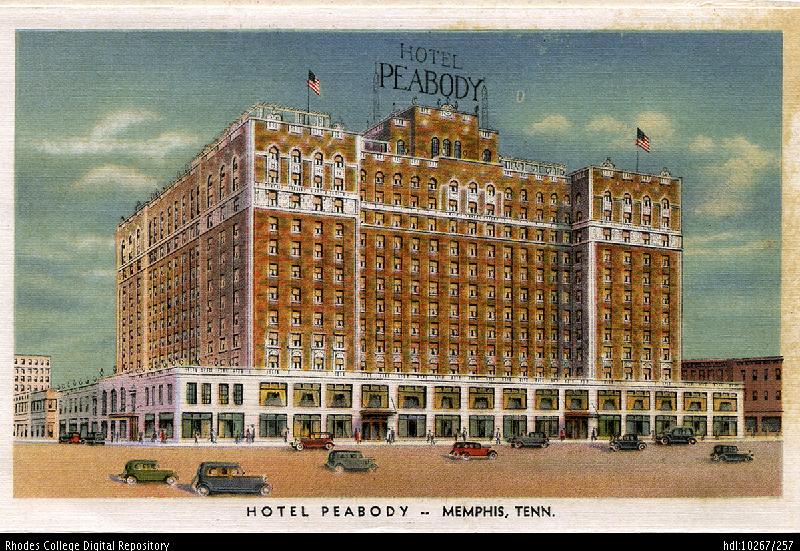 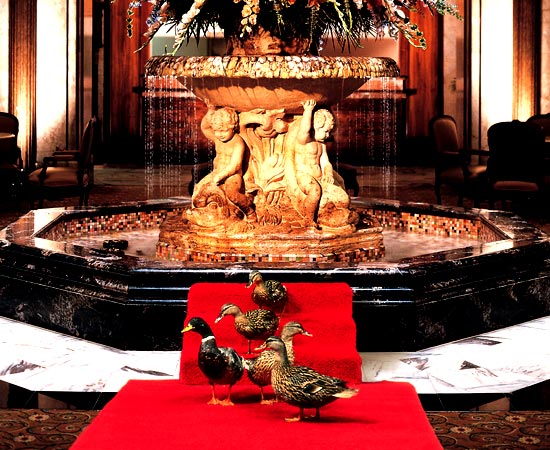 The Peabody Hotel, often called the “South’s Grand Hotel,” is the finest and only historical hotel in Memphis, Tennessee.

The Peabody Hotel has a very unique and rich history that dates back to 1869 when Colonel Robert C. Brinkley constructed the original hotel. The original hotel was 13 stories and contained 75 luxurious rooms. Brinkley would later give the hotel to his daughter that same year as a wedding present. The hotel was noted for its famous balls as well as its famous patrons. The original hotel has welcomed guests such as former Confederate General Robert E. Lee to President McKinley but a majority of the patrons were plantation owners and movie stars.

The original Peabody hotel closed its doors in 1923 and a brand new hotel was built in 1925 new owners but same managers. The new hotel was larger and even more affluent design. In the early 1930s, the hotel’s manager came back from an Arkansas hunting trip and thought that it would be funny to leave his live duck decoys in the hotel’s fountain that was in the middle of the lobby. The guests took to the new additions so well that they have remained there permanently since.

The Peabody Ducks are now famous and known worldwide. The hotel’s Duckmaster marches them to the and from the fountain every day from their own Penthouse suite to the beat of King Cotton March. They arrive at 11:00 am and they go back to the penthouse at 5 pm daily. The hotel would see some renovations throughout the next few decades to include around 40 shops to the downstairs lobby, including the famous clothier Lansky’s, that remain there to this day. Just like the rest of Memphis, the hotel would see some hard times during the late 1960s and 1970s during the Civil Rights Movement. Due to several fires, it would close in the mid-1970s. However, by 1981 it had been refurbished and reopened to the public.

The hotel is still a popular destination for all tourists and historians who come through Memphis. Due to its eclectic style and carefully preserved interior and exterior it is truly a spectacle to behold.

The Peabody ducks "perform" daily at 11AM and 5PM.