The Burton Barr Library is a significant landmark located in the heart of downtown Phoenix. Known as the "administrative quarters" for the Phoenix Public Library, the Burton Barr Library has been around since 1995. This library has the largest variety of books and materials in the Phoenix library system containing 1,000,000 volumes within 280,000 square feet. It is a major part of the city of Phoenix's history, completely free entry, and a must see! 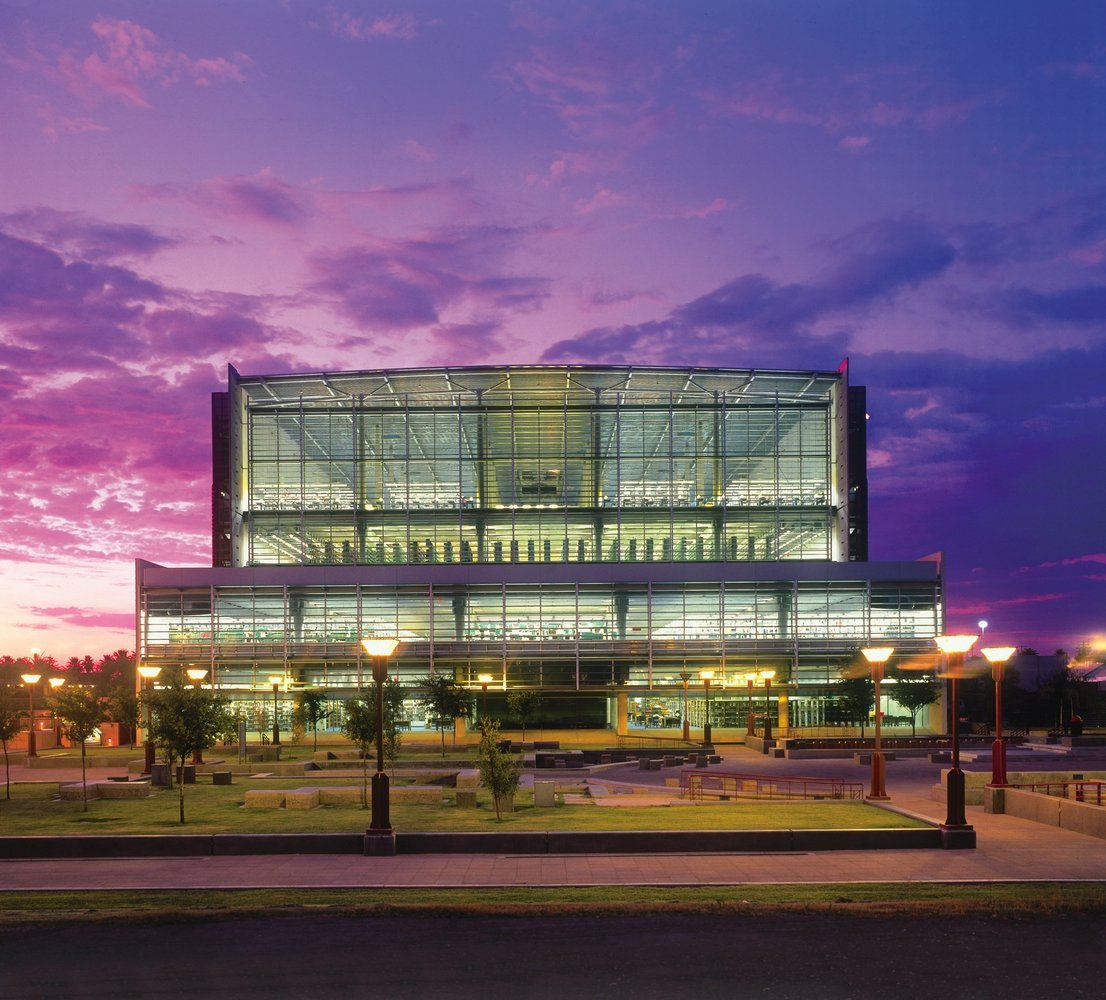 Burton Bar Library in January 2018 after the completed investigation from the city of Phoenix regarding the July 2017 flooding. 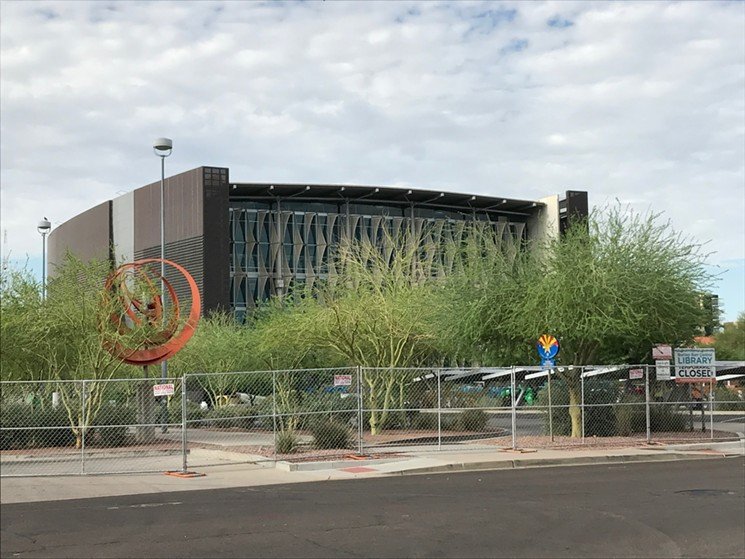 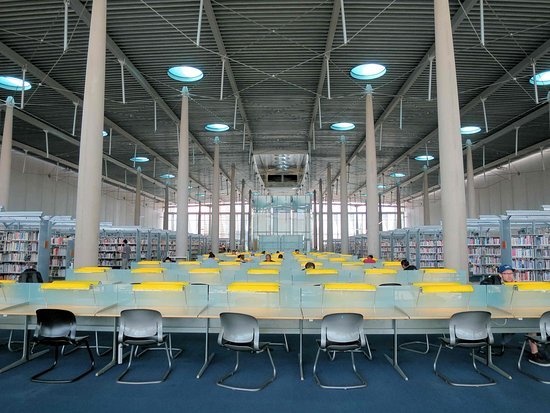 The library is located directly over Interstate 10 off of Central Ave in Phoenix, Arizona. This location is unique because the library's history sits right on top of more history! The building is located over the Margaret T Hance Deck Park Tunnel, which is named after Phoenix's first-ever female mayor. In addition to the park itself, near the library are other cultural attractions such as the Irish Cultural Center and the Phoenix Center for the Arts.

The Burton Barr Central Library is a major part of the history of Downtown Phoenix. As stated earlier, this library acts at the "flagship" or "administrative quarters" for the Phoenix Public Library.  It was named after Burton Barr (1917-1997), a man known as "perhaps the most influential person in Arizona's political development." Barr was an American Colonel in WWII, a businessman, and politician.  He was a well-respected politician who served Arizona as the Republican Majority Leader in the Arizona House of Representatives for twenty-two years. Due to the massive respect he gained from his citizens and the impact he made on Arizona, the Burton Barr Library was named after him in 1997, just two years after its opening and the same year Barr passed away. The library is named in his honor to represent the appreciation Arizona carries on for Burton Barr.

Burton Barr Central Library was designed by DWL Architects after being awarded the contract in 1989.  Six years later the library was completed as a beautiful landmark which would bring culture and unity to the city of Phoenix. Barr library was designed with three elevators and a master staircase, all of these built closing in on the central open cavity that connects the four walls of the building. ArchDaily describes the interior attention to detail;

"A stainless steel monitor with nine tracking skylights at the crown of the atrium bathes the occupants with an animated play of light throughout the day. (Gallery of Burton Barr Library, 2012)."

The intricate design and intentionality behind all aspects of architecture within the library play a major role in the entirety of the atmosphere one feels when entering. The building has five floors, all which serve a different purpose including children's sections, computer labs, study rooms, reading areas, and many more. The library offers free classes, an entrepreneurship resource center, full service college planning, and even art exhibits! One of its programs that wins praise is called MACHs, which stands for "makers, artists, crafters, and hackers." This program offers classes in coding, robotics, video gaming, and other sciences! It is a fantastic opportunity to get people of any age to engage.

While the library has been open for over 23 years, now is a fantastic time to pay it a visit as it has just reopened in summer 2018 after a severe flood caused by a failed sprinkler system. The community was devastated but determined to get Barr back up and running. The renovation took over a year but is now open and in business! The new renovation doubled the useable space to around 14,000 square feet and includes a new children's section called Storytime Space. The hope of the renovation is to bring in more community, more family, and unite the city. The best part about it all is that it's completely FREE entry!

Bring your family and join in the fun!