Cape May Lighthouse is located in New Jersey at the tip of Cape May, in Lower Township's Cape May Point State Park. It was built in 1859 under the supervision of U.S. Army engineer William F. Raynolds, was automated in 1946, and continues operation to this day. It is the third fully documented lighthouse to be built at Cape May Point. The first was built in 1823 and the second was built in 1847. The exact locations of the first two lighthouses are now underwater due to erosion. There are 199 steps to the top of this lighthouse, and the view from the top extends to Cape May City and Wildwood to the north. Cape May Point to the south, and on a clear day, Cape Henlopen, Delaware, to the west.

This photo was taken in 2006 of the lighthouse. 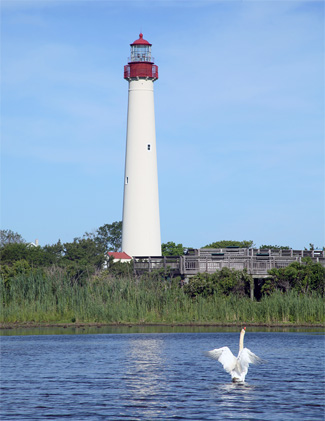 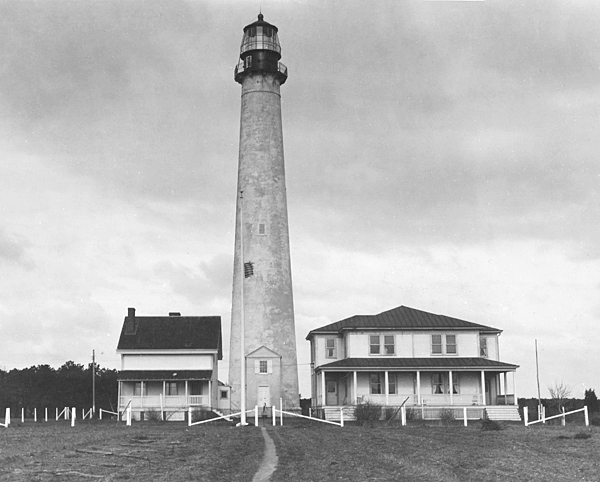 The Cape May Keepers were the workers for the lighthouse.

The upper section of the lighthouse. 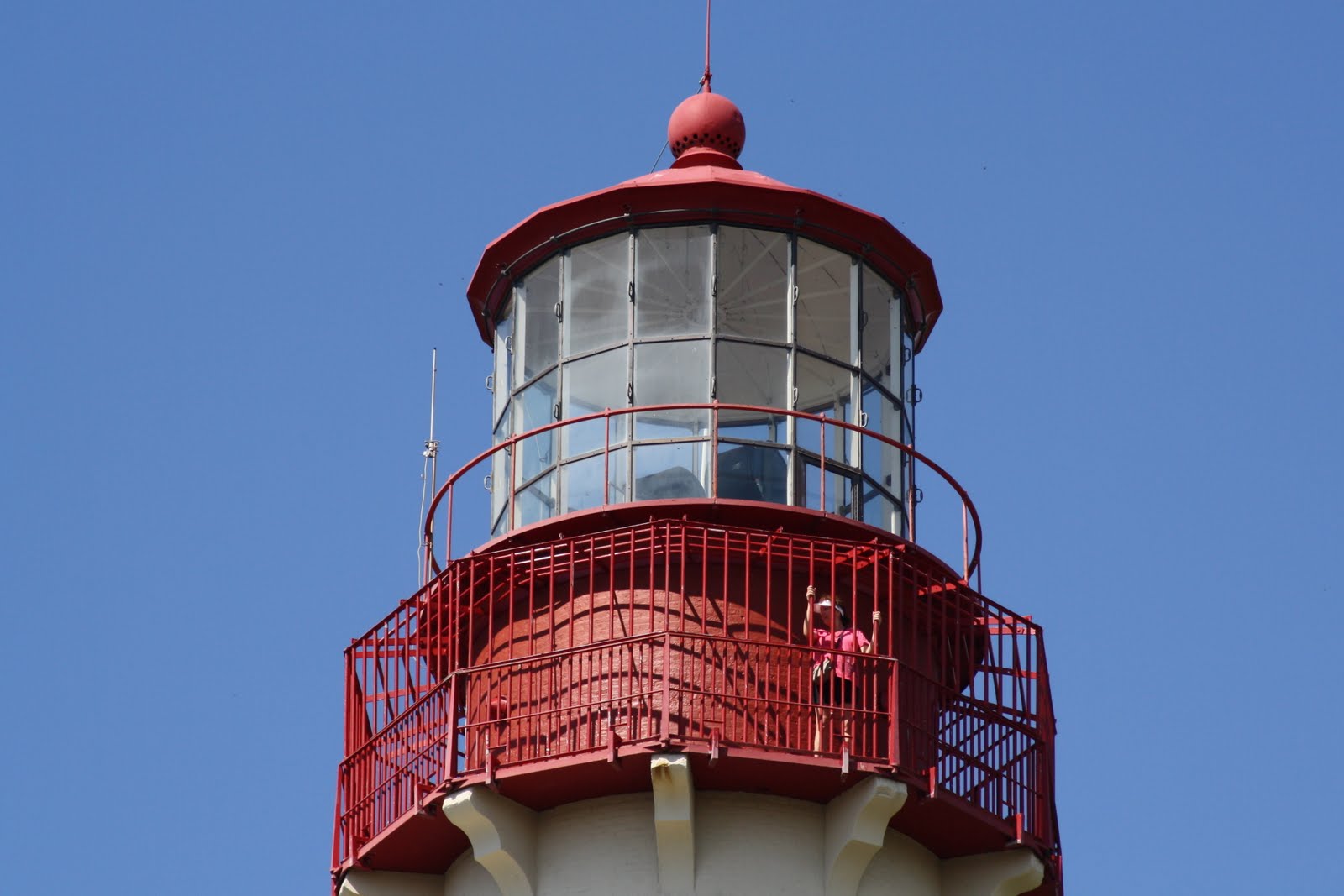 The lighthouse is owned by the state of New Jersey, after owenership was transferred from the Coat Guard in 1992, which maintains it as an active aid to maritime navigation. The state of New Jersey leases the structure and grounds to Mid-Atlantic Center for the Arts (MAC). MAC raises funds for the restoration and the upkeep of the structure and allows visitors to climb to the top. On the way, MAC has placed interpertive exhibits about the lighthouse's history, the lives of former keepers, and the other maritime history of the New Jersey Cape. The tower is 157 feet and 6 inches tall, from the ground to the towers cast iron spiral staircase. There are 217 steps from the ground to the top.

Even though the lighthouse is the main attraction for many visitors to the area, the park is constantly changing its shoreline, freshwater coastal marsh, ponds, and forest islands and many uplands making it a well known location for viewing the fall bird migration. It is located on the southern tip of New Jersey , Cape May Point State Park is a key site on the New Jersey Coastal Heritage Trail , with an environment center that houses a classroom for interpretive programs and a museum on the areas natural and historic figures.  Several blazed trails lead visitors to various pond, coastal dune, marsh, and forest habitats of where wildfire can be viewed from observation platforms. The natural area is along the East Coast for its resident and migratory birds and includes habitat suitable for northern and southern species of fauna and flora. The 157 foot high lighthouse is still an aid to navigation. The visitors who climb the 199 steps to the top are actually rewarded with a paranoiac view of scenic Cape May peninsula.

The first known lighthouse was built in 1823. By 1847 a new lighthouse was erected on a high bluff, but due to the sea and poor building design it was dismantled. Built in 1859, and the current lighthouse used the original bricks of 1847 lighthouse. They have lots of different stuff too like the trails there is a yellow, blue and red trail. The red trail is the longest and it is 5 miles long and is wheelchair accessible and the hikers hiking the trail can see the lighthouse pond east and west, each pond has a blind or platform at the waters edge to be able to feed the ducks, swans, and wading birds. The Yellow Trail is the smallest trail and it is 1.5 miles the trail has different habitats, including wetland marsh, coastal dune, and the beach. Then there is the Blue Trail which is 2.0 miles long the only difference is the blue trail is longer so you can hike through the beach and Coastal Dune.