Phineas Gage was working on the construction of a rail road when a tragic accident occurred, causing him severe brain damage. A once happy, loyal, hard-working man was transformed into a completely different person. His accident had a monumental influence on early neurology and several theories on the brain and its functions. His skull and the iron rod that caused him damage can be seen at Harvard University School of Medicine.

This is a plague in remembrance of the Gage Accident. 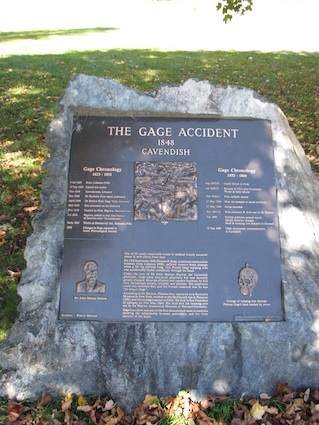 This is an up-close view of Gage's skull at Harvard University School of Medicine. 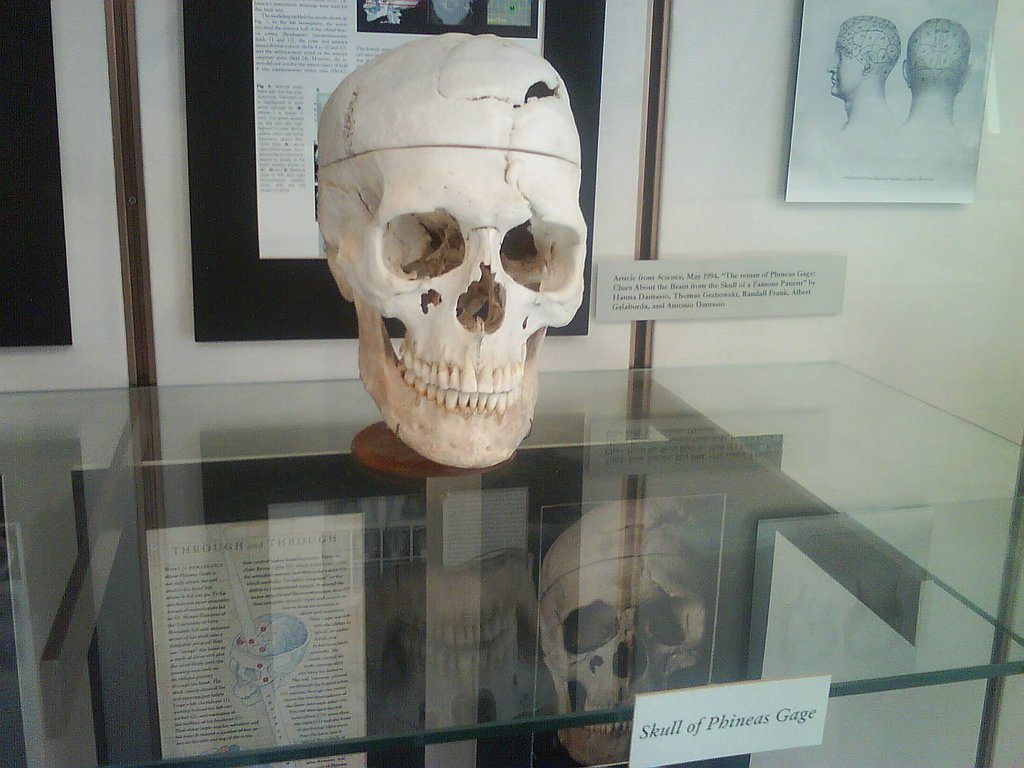 This is a photo of Phineas Gage. 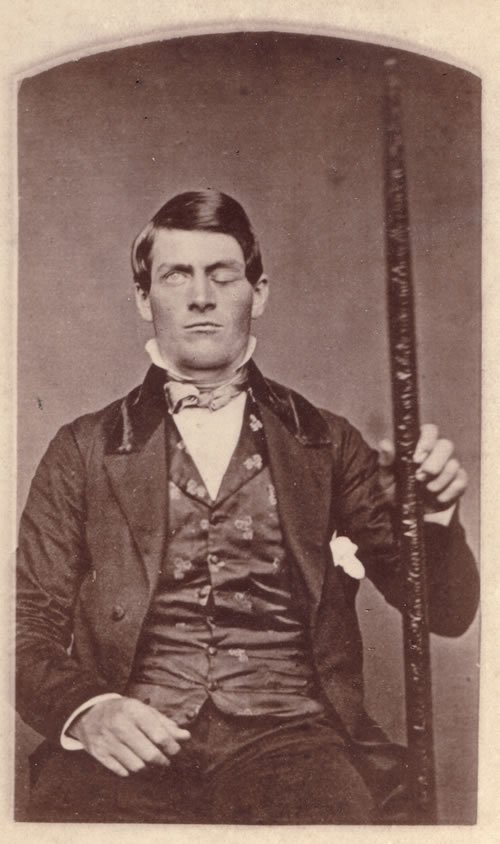 This is a photo of Gage's exhibit at Harvard University School of Medicine. 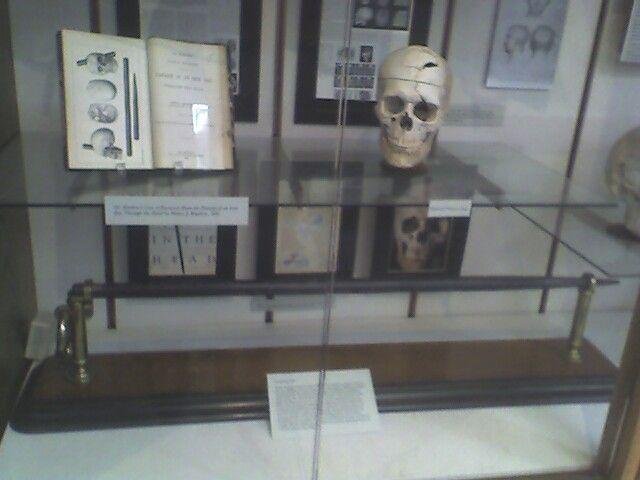 On September 13, 1848 a construction worker named Phineas Gage was working on the railroad when the iron tamping rod he was using ignited explosive powder. The explosion forced the rod out of his hands and through his left cheek, brain, and skull, landing 80 feet away.  Gage was taken to Dr. John Martyn Harlow and Dr. Edwards H. Williams, still conscious. Dr Williams who wrote "I first noticed the wound upon the head before I alighted from my carriage, the pulsations of the brain being very distinct. Mr. Gage, during the time I was examining this wound, was relating the manner in which he was injured to the bystanders. I did not believe Mr. Gage's statement at that time but thought he was deceived. Mr. Gage persisted in saying that the bar went through his head… Mr. G. got up and vomited; the effort of vomiting pressed out about half a teacupful of the brain, which fell upon the floor." Phineas Gage’s tragic accident lead to new discoveries in Neurology and in turn, his story aided in the advancement of tumor removal.

Gage’s personality changed after the accident. Before the accident, he was a happy, loyal, and hardworking employee, but after the accident Gage was an aggressive drunk who could not hold down a job. Dr. Harlow noted in his report that, “Previous to his injury, although untrained in the schools, he possessed a well-balanced mind, and was looked upon by those who knew him as a shrewd, smart businessman, very energetic and persistent in executing all his plans of operation. In this regard, his mind was radically changed, so decidedly that his friends and acquaintances said he was 'no longer Gage.'" Dr. Harlow also said that due to Gage’s injury, his social skills were impaired which caused him to act inappropriately. His behavioral change helped philosophers in understanding the localization of brain function, and helped prove that the frontal lobe is where our personalities comes from. The story of Phineas Gage also paved the steps to surgical brain tumor removal.

Phineas Gage is not the only person to survive severe brain damage due to a metal rod, in 2003 a man in California had a drill pushed through his eye socket into his skull, that had to be surgically removed. In 2012, an iron rod fell from a construction site and went through a worker's head. These are only a few of the many cases involving injury due to a metal rod.

Although the exact location of the accident is unknown, there is a memorial stone to commemorate him on High Street and Main Street, Cavendish, Vermont. Both Gage’s real skull and the iron rod are displayed at Harvard University School of Medicine for visitors to come learn his story and learn what his tragic accident has helped both in the health field and science field.