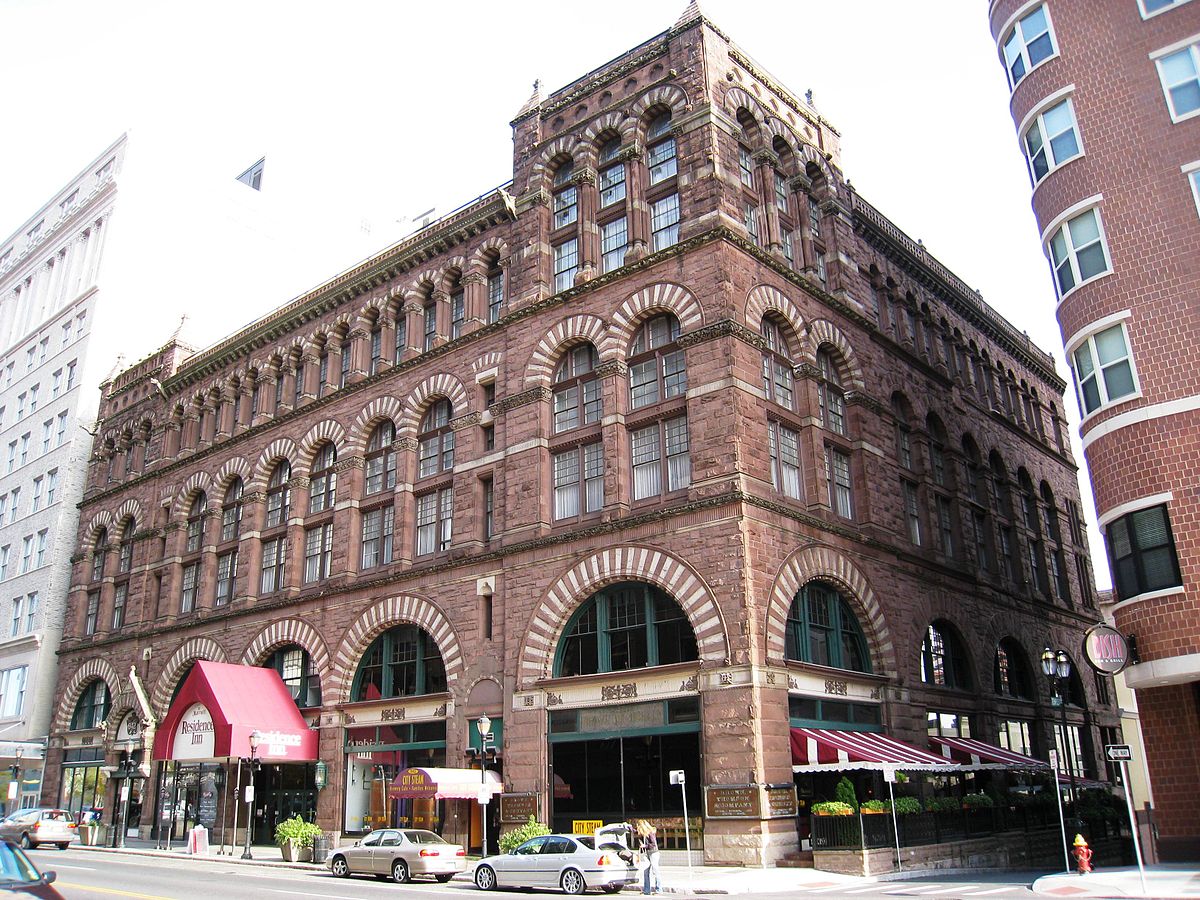 1895 Picture of the Cheney Building (then known as the Brown, Thompson & Co. Building). 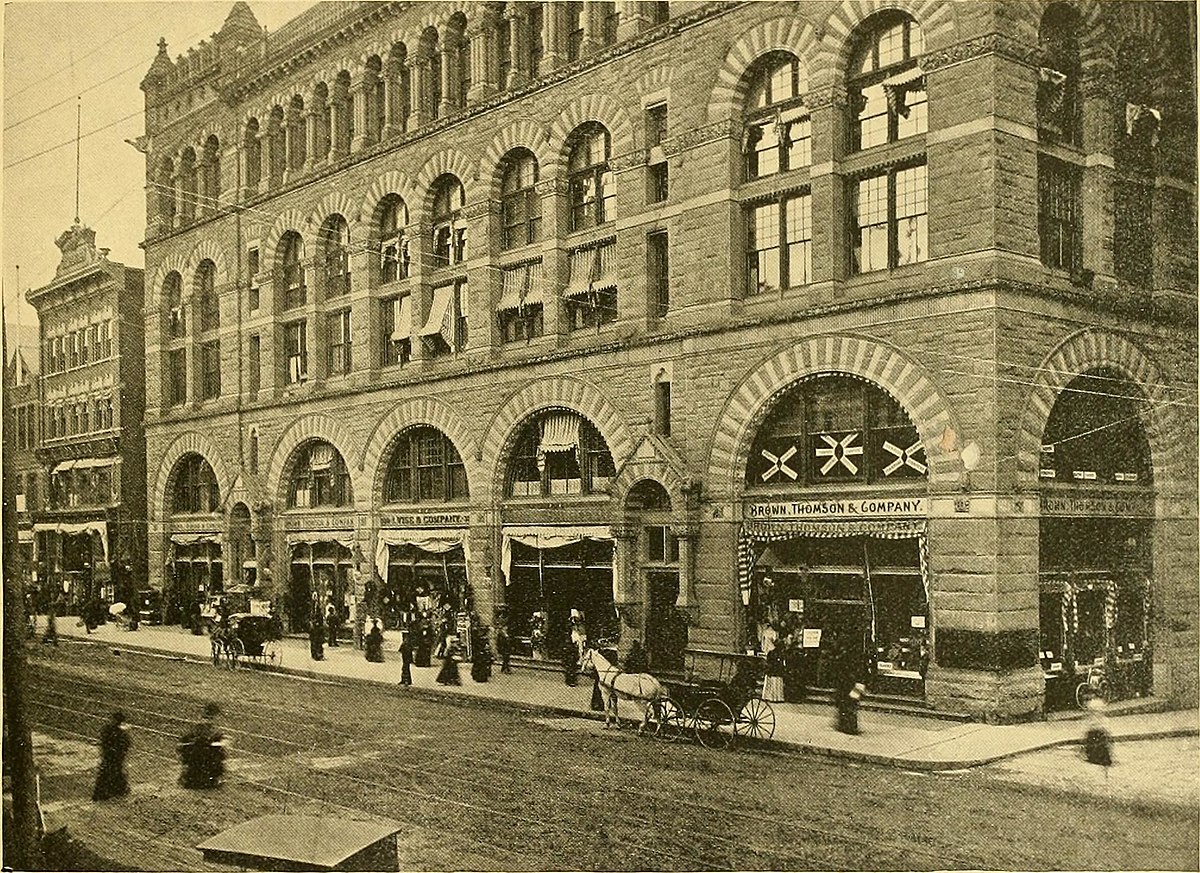 Famed architect Henry Hobson Richardson was commissioned in September 1875 to design the commercial block now known as the historic Cheney Building. Richardson, who along with Frank Lloyd Wright and Louis Sullivan, stands as one of the most influential architects in U.S. history.
H.H. Richardson initially intended to integrate the building with the adjacent and neighboring structures, until he found inspiration in the work of  English architect Surges recent and successful use of brownstone with limestone at Trinity College.  As such, he relied on a rough-faced stone to produce an original design for a commercial building comprised of a rugged appearance. The bright contrast of Berea limestone set against the Portland brownstone likely set the Cheney Building apart from neighboring structures.
The Cheney Building, completed in 1876, gets its name from its original occupants, the Cheney Brothers, silk manufacturers from Manchester, Connecticut. Five small shops occupied the ground floor while offices and apartments filled the upper stories. The building later housed Brown Thomson‘s and then G. Fox and Co.‘s Department stores. Today it is known as the Richardson Building and primarily serves as a Marriott's Residence Inn.
But the real history of the building lies in its architect, not in those who called the building home. The structure proved to be a pivotal step in the career of H.H. Richardson (as well as the world of architecture ) towards the development and refinement of skyscraper construction. Ten years after Richardson designed the Cheney Building, he designed Chicago's Marshall-Field Warehouse, an essential building within the realm of contemporary downtown architecture and one of the many works that influenced Chicago School and Prairie School architect, Louis Sullivan.  Indeed, Richardson often gets referred to as the initiator of the U.S. Romanesque revival and a central figure towards the development of indigenous, modern American style of architecture.