Located along the famed Route 66, one of the first highways built in the country that ran from Chicago to Los Angeles, the Route 66 museum houses almost 70 cars dating from the 1890s to the mid-2000s. They fall under the categories Brass Era (the oldest cars), Classics, Sports, and Celebrity. Cars of note include Jaguars, Rolls Royces, a 1963 Morgan owned by General Norman Schwarzkopf, the truck used in the movie "The Grapes of Wrath," and a 1936 Horch that was sold to the German government (49 other models were sold as well).

The museum houses nearly 70 old cars including a Batmobile. 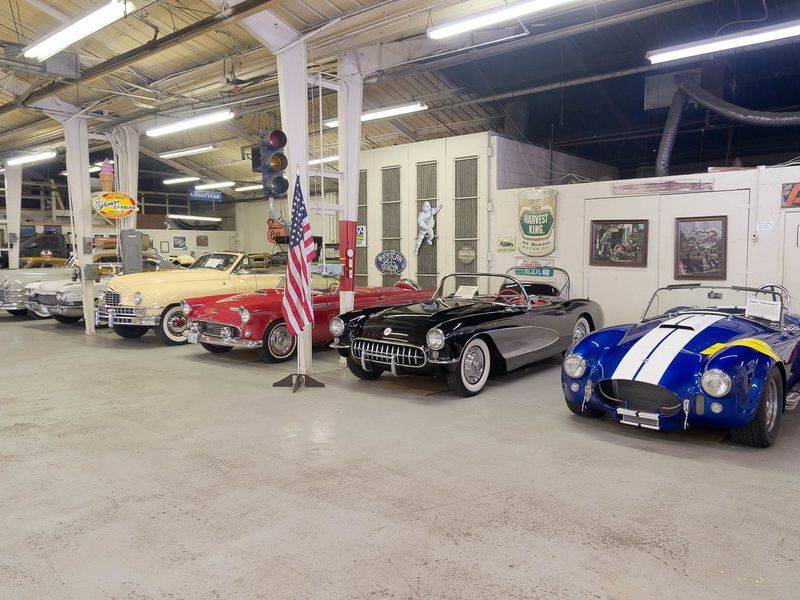 The museum was founded by car enthusiast and collector, Guy Mace, who bought his first car (a Jaguar) in 1990. From there, his collection grew. For those interested, the museum offers a chauffeur service in a car for special events.