On October 31, 1936 in the Arroyo Seco River Bed, a group of students and co-workers from the Guggenheim Aeronautical Laboratory, California Institute of Technology (GALCIT), with the encouragement of Dr. Theodore Von Karman, fired their first rocket. This led to the creation of the Galcit Rocket Research Project in 1937, formal government sponsorship of Galcit Rocket Research in 1939-1940, and the subsequent founding of the Jet Propulsion Laboratory in 1944. 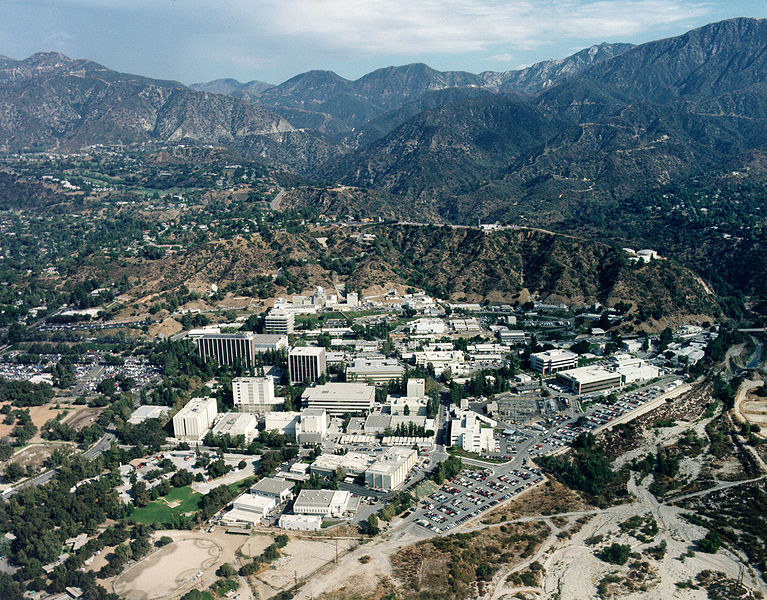 The Control Room at JPL. Photo Courtesy of Alan Mak in the public domain. 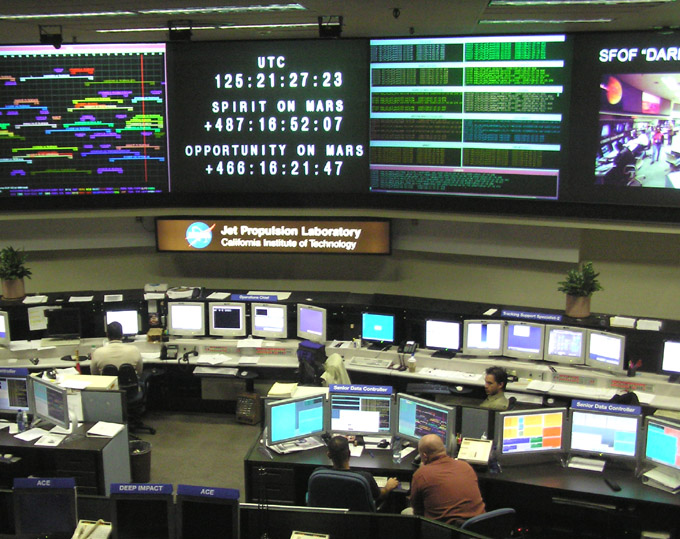 The Jet Propulsion Laboratory's beginnings can be traced to the mid-1930s, when a few California Institute of Technology students and amateur rocket enthusiasts started tinkering with rockets. After an unintended explosion occurred on campus, they were relocated to an isolated area next to the San Gabriel Mountains, the present-day site of JPL.1

After a successful launch of the satellite Sputnik by the Soviets in 1957, work began at JPL to create the Explorer 1, the first satellite launched by the US, which was completed in three months in January 1958. The Laboratory was early to employ female mathematicians; in the 1940s and 1950s, using mechanical calculators, women in an all-female computations group performed trajectory calculations.2

Even though the Laboratory's work has expanded beyond research and exploration of rockets and jets, "Jet Propulsion Laboratory" had become the official name and is retained.

The JPL Public Services Office offers tours free of charge for groups and individuals on an advance reservation basis. For individuals and families of 10 people or less. These tours run approximately once per week on Monday or Wednesday on an alternating