Built in 1929, this historic hotel, which was named after the Spanish city, Seville, is one of Harrison's more important landmarks. Appropriately, it was designed in the Spanish/Moorish Revival style and is one of Arkansas' best examples of this type of architecture. For this reason, it was added to the National Register of Historic Places in 1994.

Hotel Seville was built in 1929 and is one of the city' unique landmarks, notable for its Spanish Revival architecture. 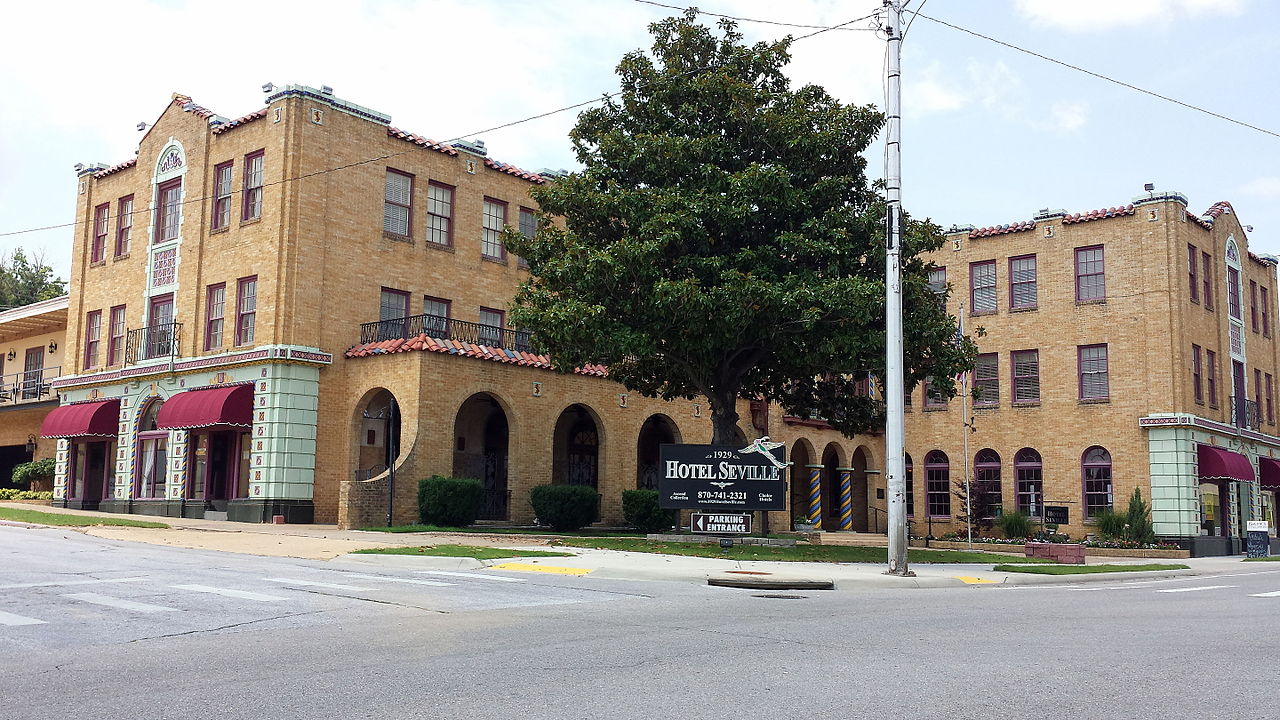 The hotel opened on October 5, 1929 and operated until the mid-1960s, not long after an addition was built in 1963. It then became an elderly housing residence. Eventually in 2008, the old building underwent a major renovation and became a hotel once again, with six additional suites. The hotel has also featured a restaurant on the first floor popular with tourists and locals alike.