The Valentine Theatre opened in 1895 as an opera house. In 1917, it was purchased by the Loews vaudeville theater chain who later converted it into a movie theater. After closing in the 1970s, the Valentine sat vacant until local preservationists fought to restore it. The extensive project was completed in 1999, and the Valentine Theatre has hosted community and national acts ever since. In 2018, the Toledo History Museum moved into this building. The museum was established in 2005 and offers a variety of local history exhibits and events. 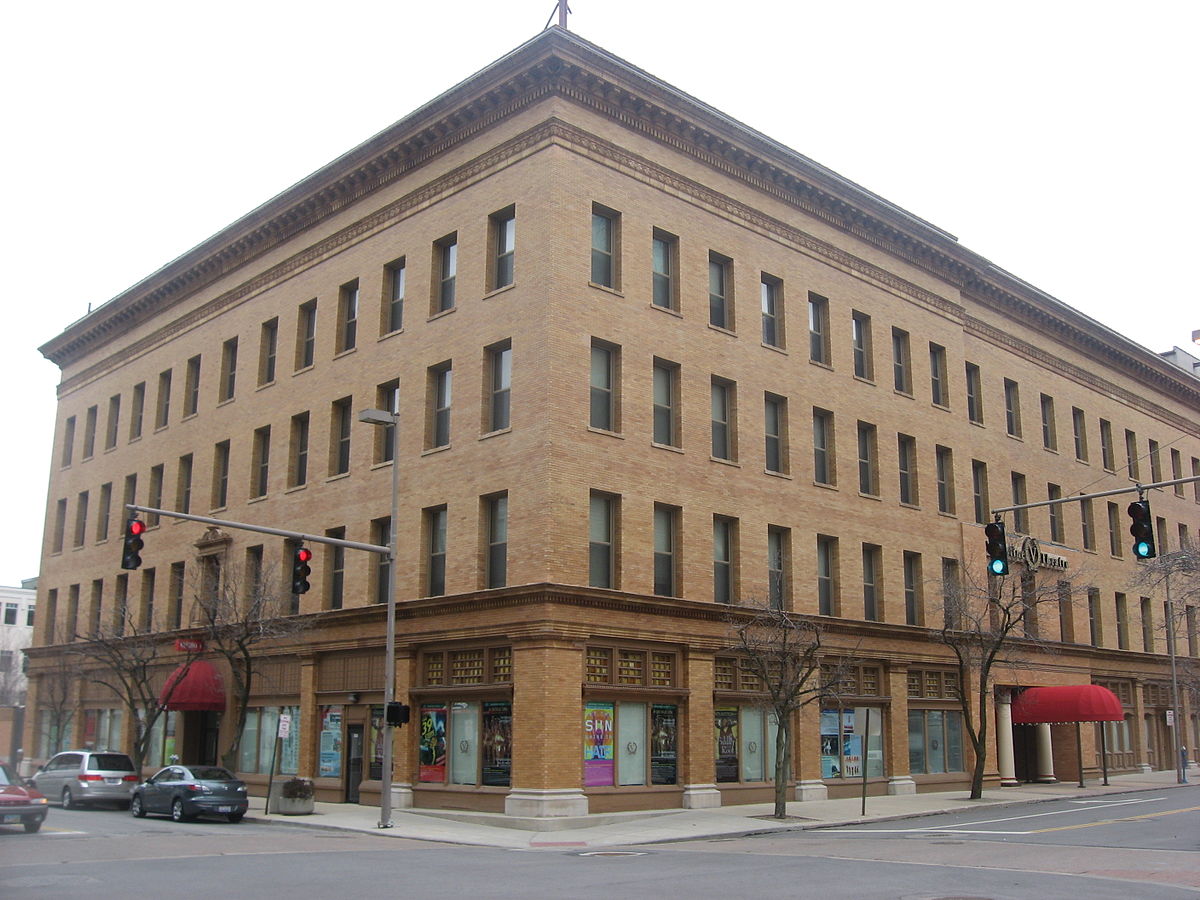 Inside the Valentine Theatre 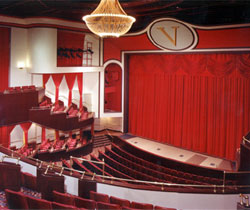 The Valentine Theatre was George Ketchum’s tribute to his father, Valentine Ketchum. The senior Ketchum moved to Toledo just before it was officially founded. He then operated a number of successful businesses in town, becoming the first millionaire in the city. The inheritance he left his son allowed George Ketchum to start his own business ventures, including a string of theaters throughout Ohio. After an opera house in Toledo burned down in the 1890s, many businessmen were eager to build a new one. They all stepped aside when Ketchum announced his plans to do the same. His amount of funds and property meant he was likely to build the grandest opera house the area had ever seen.

Ketchum hired the city’s leading architect, Edward O. Fallis, to design the theater. Fallis used cutting-edge designs for the balcony and seats so that everyone in the auditorium could have a good view of the stage. He also included eighteen dressing rooms with private baths to entice big-name performers. The interior was decorated with silk and velvet and furniture in the Dutch and Colonial styles. The luxurious Valentine Theatre opened on Christmas night 1895 at a total cost of $300,000. The entertainment was a play based on the Rip Van Winkle folk tale.

Because of Toledo’s location, many nationally-renowned acts could stop for a performance in town on their way from one bigger city to another. The Valentine Theatre hosted such greats as Sarah Barnhardt, Anna Pavlova, Mark Twain, and the Barrymore family. The Loews theater chain purchased the Valentine in 1917 and shifted its focus to vaudeville and acts like Harry Houdini. One year later, Loews added a screen to the theater so that it could be used for films as well as live performances. Around this time, other spaces in the Valentine Theatre complex were used as offices and restaurants. From the 1890s until 1929, it was the home of Toledo’s city council. In 1936, the Hotel Willard moved into the space.

The Valentine Theatre underwent its first major renovation in 1932. This was partially a reaction to the allure of the grand Paramount Theatre that opened nearby. Work was done between eleven at night and eleven in the morning to allow the theater to operate normally. The next set of big changes came ten years later when the theater was stripped of its Victorian and French details in favor of a Chinse/Art Deco style. The project was overseen by the same architect who helped design the Paramount which was the Valentine’s main competitor. Once the theater was finished, it celebrated its new façade with the premiere of Stand by for Action starring Robert Taylor.

During the 1950s, with the rise of suburbanization and the popularity of television, downtown theaters suffered. Loews sold the Valentine, but it fared better than the Paramount, which closed in the 1960s and was razed for a parking lot in 1965. The Valentine acted as an independent movie house during the 1960s but started showing second-run movies at cheaper prices in the 1970s. In 1976, it tried to show classic movies and host concerts, but rising costs led to its closure that same year. After being used briefly by a local radio station, the city government bought the Valentine (also called the Renaissance Building at this time) for $468,000 in 1977. It was practically abandoned in the 1980s and suffered from a leaking roof and a lack of heat. In 1983, surveyors recommended that it be demolished.

The destruction of the Paramount had upset many in the community, and citizens were more resistive in letting another theater be lost to history. The Friends of the Valentine, as these local activists came to be known, raised awareness and funds to preserve the structure. After over twenty years and $28 million, the restored Valentine Theatre reopened on October 9, 1999, with a performance by the Toledo Opera. The next day, thousands of Toledoans showed up to tour the theater. Since then, over one million guests have visited the Valentine.

The Toledo History Museum moved into the Valentine Theatre building in 2018. The museum works with other nearby historical organizations to display Toledo-related artifacts and educate the community. The museum was founded in 2005 and was officially incorporated a year later. It was previously located on the second floor of the Milmine-Stewart House, above the Old West End Antiques Market. The house was designed by architect James Young and completed in 1874.