Constructed in 1948, Bluestone High School replaced a wooden frame school and was home to a school for African American residents of this region until the mid-1960s. Despite the decision of state education leaders, Bramwell and many other communities in southern West Virginia resisted this decision and racial integration came slowly to most communities in this region. An important figure who is recognized for attending this school was Dr. John E. Edley, a future school adminstrator in New Jersey who graduated from the school when classes were held in a wooden frame building between Bramwell and Freeman. 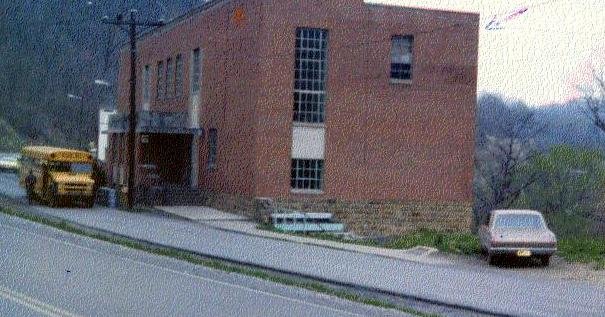 This school along the Bluestone River operated as a high school and later an elementary school before and after the 1954 Brown v. Board decision that declared segregation to be a violation of the 14th Amendment. Bramwell High School served as the primary Elementary and High school for the surrounding towns of Bramwell, Freeman, Wolfe and even included children from Pocahontas, Virginia.

Because the small number of African American children, not every grade was represented at a time and the school included multiple grades in a single class. The school remained open until the mid-1960s, when the integration of schools saw students from Bluestone High School transferring to Bramwell High School. Dr. John E. Edley, a former graduate of Bluestone High School, is now lending his support in the restoration plans for alma mater. The restoration plans for the old school are to convert it into a 14 room hotel, with a restaurant and bar, and meeting room for the ATV tourist heading for the Hatfield-McCoy Trail. The new hotel is to be named the Bluestone Saloon & Hotel.

This landmark demonstrates the recentness of segregation and the challenges African American educators and families faced in traveling to sometimes distant schools. Unlike many historical buildings, Bluestone High School still remains to today with the hope to preserve the building and share its history with residents and visitors.