The Our Lady of Lourdes Grotto in 1894, three years after its creation. 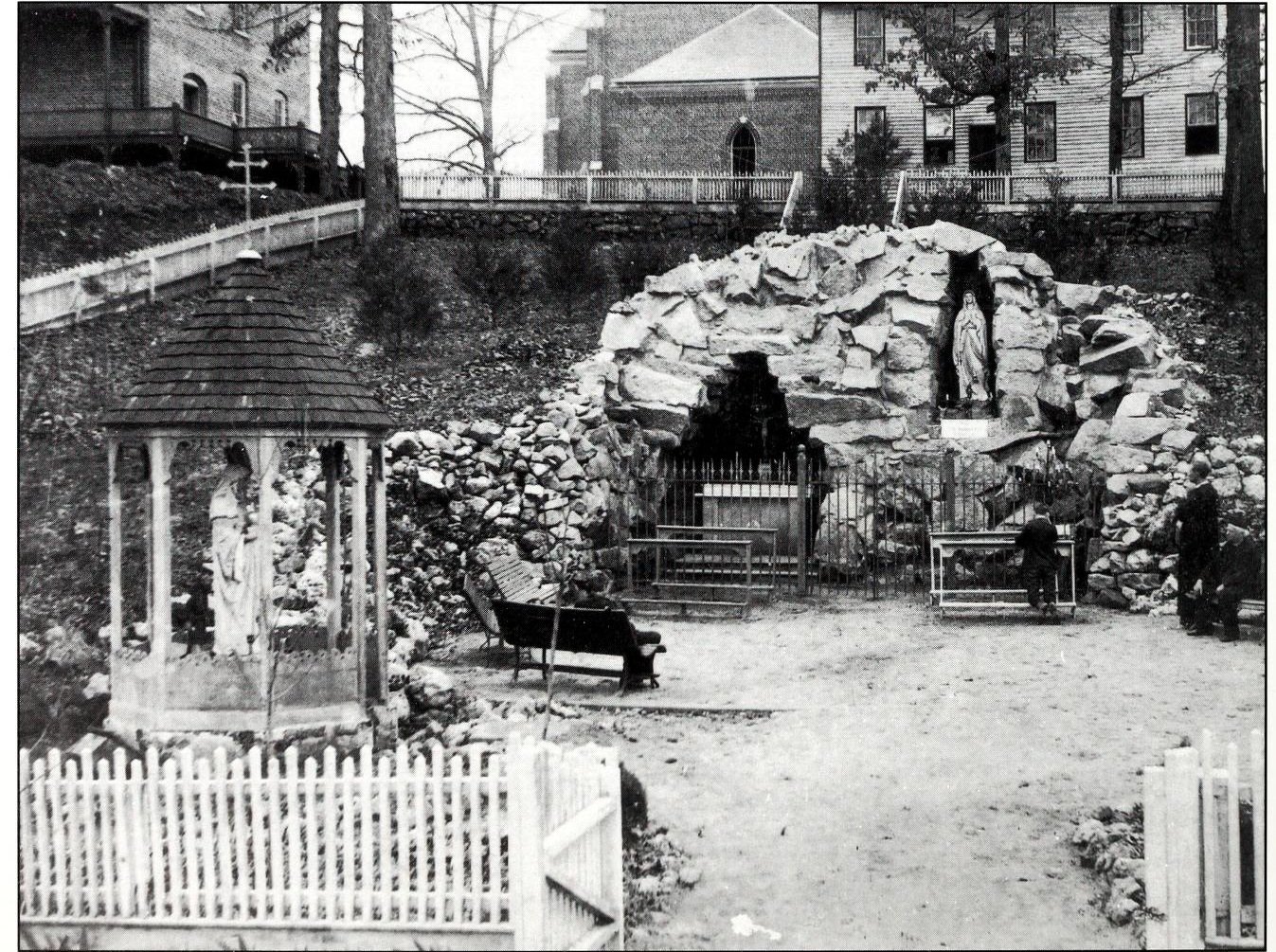 Father Francis Meyer, monk of Belmont Abbey and professor of history, German, elocution, and vocal music. His illness and recovery were the inspiration for the establishment of the Grotto. Source: Crescat, vol. 9, no. 1, Autumn 1987. 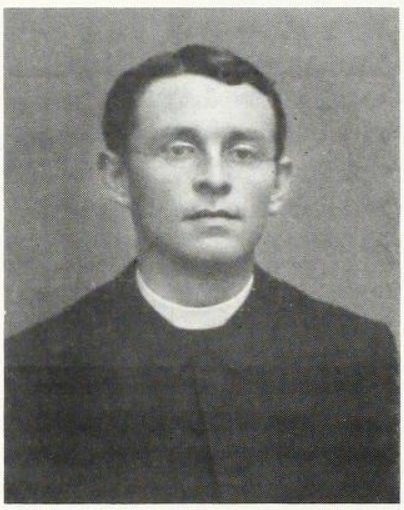 Father Felix Hintermeyer, prior of Belmont Abbey, and proponent of the Grotto's construction. Source: The Catholic Church in the United States of America (New York: Catholic Editing Company, 1914). 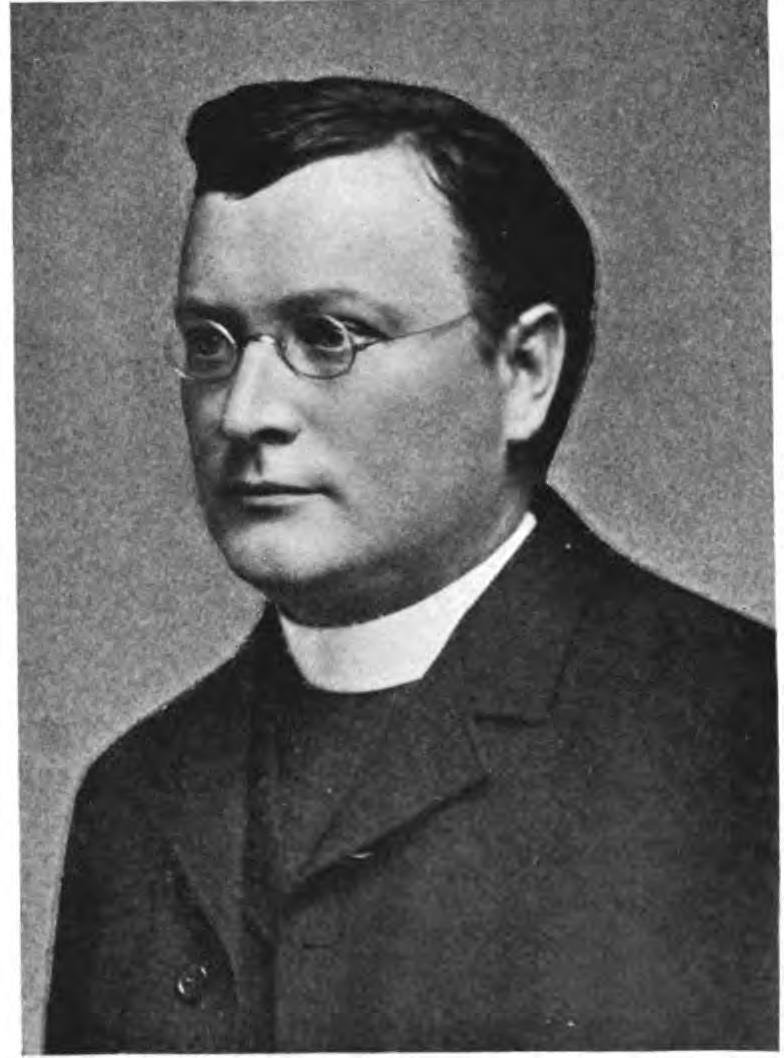 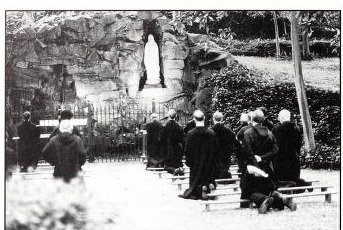 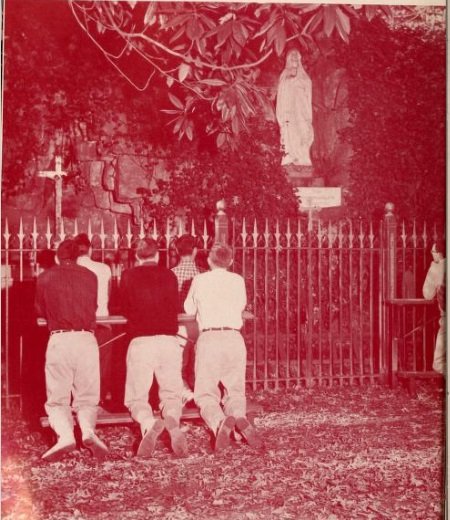 The inspiration for the Grotto derives from the Grotto at Massabielle in Lourdes, France. In 1858, St. Bernadette Soubirous experienced a series of miraculous apparitions from Mary, the Virgin Mother of the God, at a nearby cave. These apparitions, and a series of miraculous healings associated with the waters of the Grotto, transformed the site into one of Catholicism’s most important centers of Marian devotion. Inspired by the example of St. Bernadette, religious communities across the world built similar grottos in honor of the Our Lady of Lourdes.

The creation of Belmont Abbey’s Our Lady of Lourdes Grotto was likewise inspired by prayers for miraculous healing. In 1890, monk and professor Fr. Francis Meyer contracted typhoid fever, a deadly bacterial infection. His fellow monks prayed for Meyer’s recovery as his condition deteriorated over a month of illness. Fr. Felix Hintermeyer, the monastery’s prior, made a special intention dedicated to Meyer’s healing: if Meyer survived, the monks would build a grotto dedicated to Our Lady of Lourdes. Meyer subsequently recovered, and work began promptly to establish the site.

Constructed from granite from the surrounding area, the Grotto has served as a place of prayer since its consecration in 1891. The Grotto stands near the monastery and Abbey Basilica, in a shaded and quiet corner of the campus. The center of the Grotto is a niche housing a nearly six-foot-tall statue of Our Lady of Lourdes, made of terra cotta. An altar constructed of wood, granite, and marble joins the statue, and has been the site of religious devotion for over the 120 years since the Grotto’s construction. A statue of St. Walburga stands to the side, a fitting accompaniment. A secondary patroness of Belmont Abbey, St. Walburga was a Benedictine missionary to medieval Germany and her burial place was renowned as a site of miraculous healing.

The Grotto was consecrated on May 7, 1891, on the Solemnity of the Ascension, amid a festive atmosphere. Visitors from across the state joined to celebrate what Hintermeyer described as “the Southern shrine of the Queen of the Clergy for Priestly Vocations.” A seventeen-piece brass band played as a procession of monks, clergy, and laity participated in the event. Abbot Leo Haid introduced Father Francis Meyer and recounted his illness and recovery. A fireworks show concluded the celebrations that evening.1

In the century since the Grotto’s establishment, the quiet corner of the Belmont Abbey campus has been a site for prayer and reflection for monks, students, and the surrounding community. The Grotto has also been the site of special pilgrimages, such as the Diocese of Raleigh's Marian Year pilgrimage in 1954.2 The Grotto was included as a part of the Belmont Abbey College Historic District in the National Register of Historic Places in 1993 because of its historic and artistic distinctiveness.3