In Cleveland, Ohio in 1969, the Cuyahoga River burned. However, this was not the first time the river was set ablaze. The river saw many fires, but the one that took place in 1969 led to many urban, public health improvements and the formation of the Environmental Protection Agency (EPA).

A recent photo of the Cleveland skyline from the river 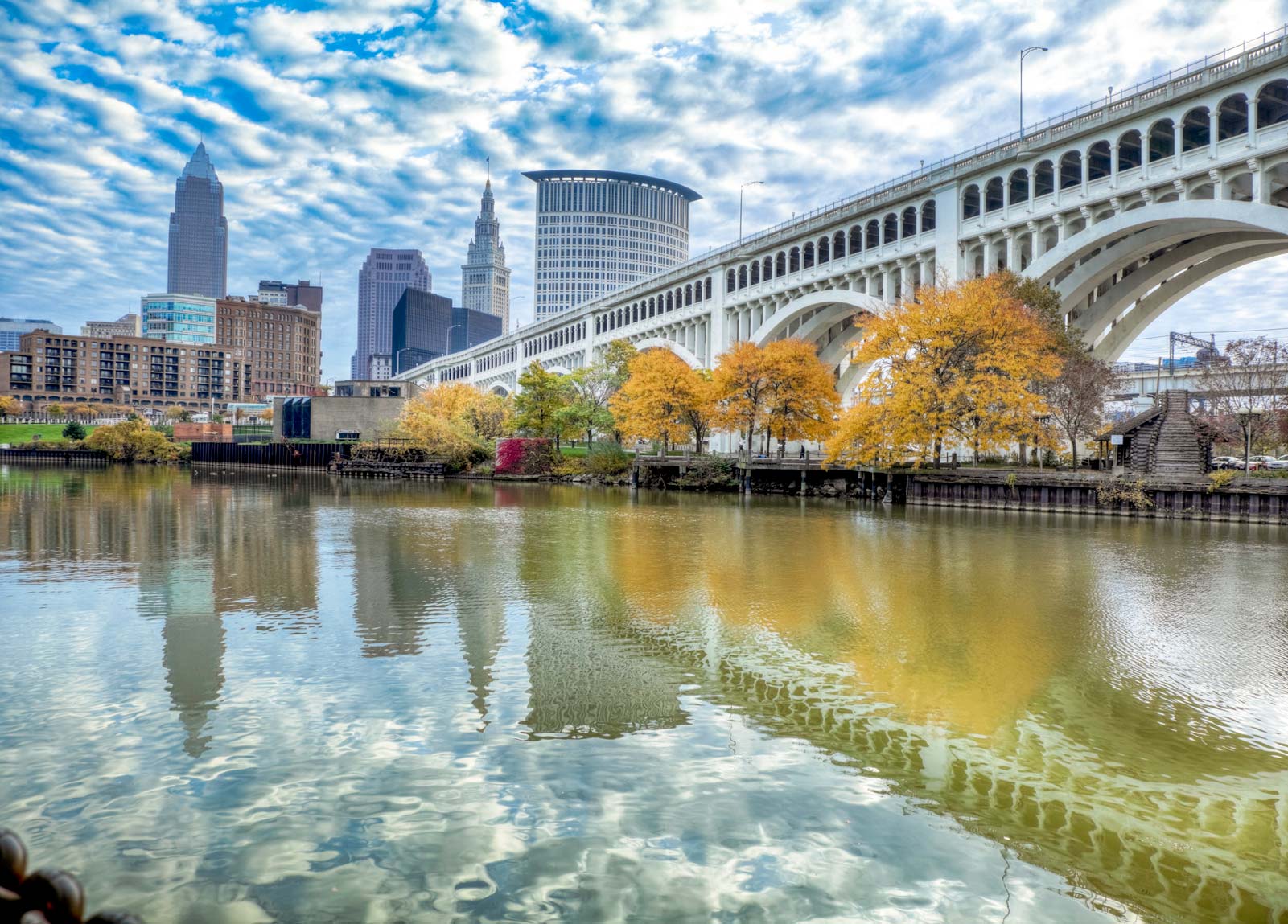 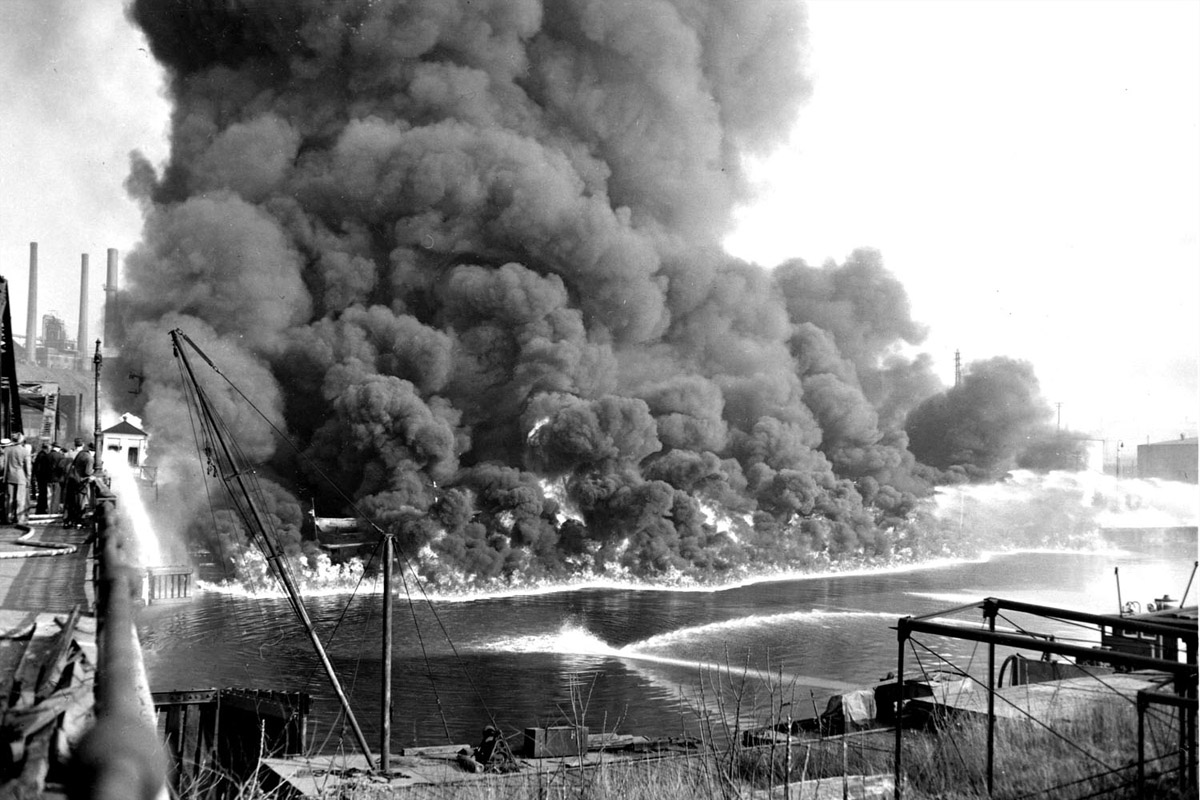 The Industrial Revolution describes a movement that took place first in Europe and later in America to utilize large scale manufacturing mainly in urban areas. Cleveland, Ohio was a major hub for industrialization. Because it was so important to production, Cleveland saw many railroads added as well as the construction of the Erie canal. These additions resulted in more people flocking to the city. It boomed for years. The main products in Cleveland were iron and steel. This resulted in a major role in the Civil War producing weaponry and ammunition. However, metals were not the only materials produced. Another big industry included paint, leading to the creation of Sherwin-Williams. Most importantly, many famous manufacturers had their beginnings in the city, such as John D. Rockefeller. As a young businessman, he started Standard Oil Co. in Cleveland, which later ended up monopolizing the whole industry.

Cleveland continued to grow over the following years, building up industry and economy even throughout the depression, but also building up waste. Big factories, such as the ones that took over Cleveland, produce lots of junk as a result of their processes and products. Not only were the factories contributing, but also the people. In the late 1800s and early 1900s, big cities did not have good sewage systems. In fact, most sewage ended up in local bodies of water, untreated. The body of water present for Cleveland’s waste was the Cuyahoga River.

The Cuyahoga River is said to have caught fire upwards of thirteen times. The most fatal fire took place with 5 people dead in 1912. However, the worst fire took place in 1952. It caused over 1.3 million dollars in damages as flames leapt into the sky. It was also very heavily documented and photographed. Yet, it still was not the most famous fire. When people refer to the infamous Cuyahoga River fire, they are most likely referring to the fire in 1969.

The fire in 1969 was caused by some oil-covered waste and debris floating in the water under some wood. When a train went by overhead, it produced a spark that lit the surface of the water on fire. The fire burned for about 25 minutes and then died down, but at its peak the blaze was rumored to have burned over 50 feet high. This conflagration was the root of a lot of backlash and frustration towards the city of Cleveland. It also is referenced a couple of times in pop culture, such as the song “Mrs. Hippopotamuses’” by Reliant K. Most importantly though, the 1969 fire encouraged a more extensive conversation about cleanliness and sanitation in America. The United States government began to pass resulting legislation such as the Nation Environment Policy Act in 1970. The Act basically ensures government consideration when it comes to protecting the environment and keeping it clean. Another resulting big step forward came with the Clean Water Act in 1972 which stated that bodies of water should be able to house fish and swimmers at any moment in time in terms of cleanliness. Therefore, although the fires on the river caused a lot of damage, they thankfully also ultimately resulted in a much needed hygienic movement throughout the United States.