Mt. Echo Park opened in 1908 on the land of what used to be a Dairy Farm. Today its 84 acres provides some of the best views of the City of Cincinnati and the Ohio River Valley. The park contains both an Italian Renassaince inspired Pavilion, built and a Freund designed shelter, built in 1928 by the WPA. 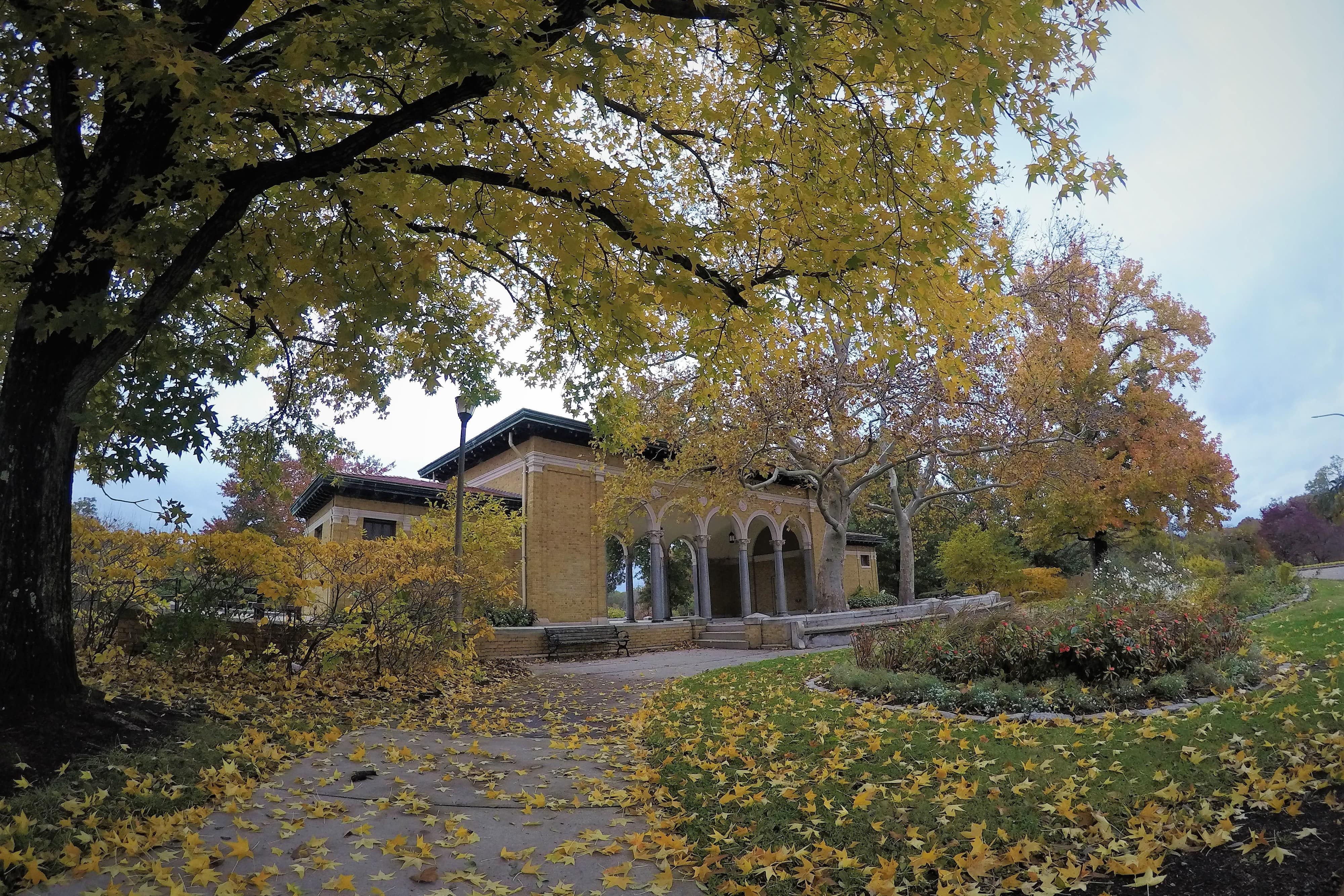 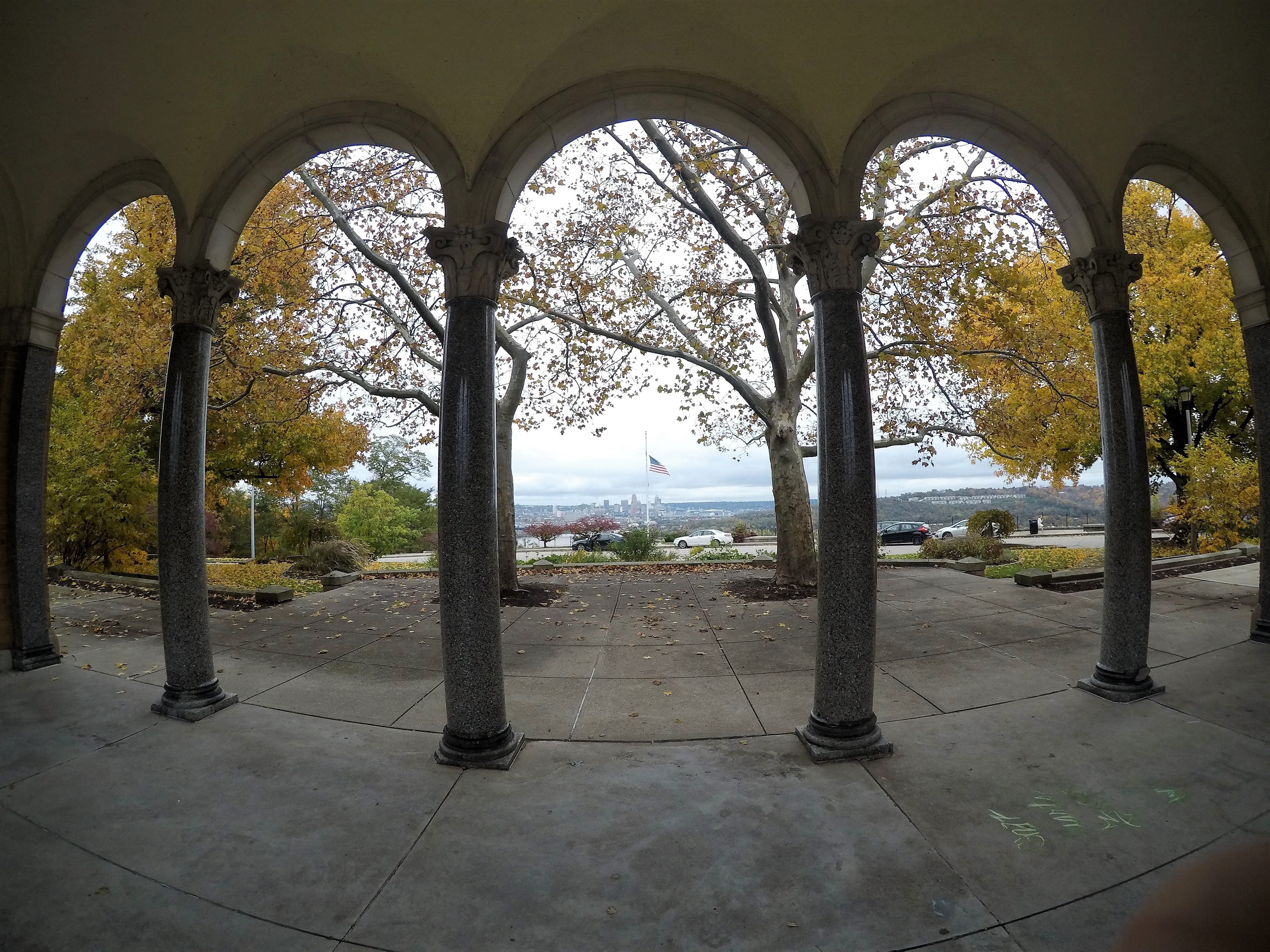 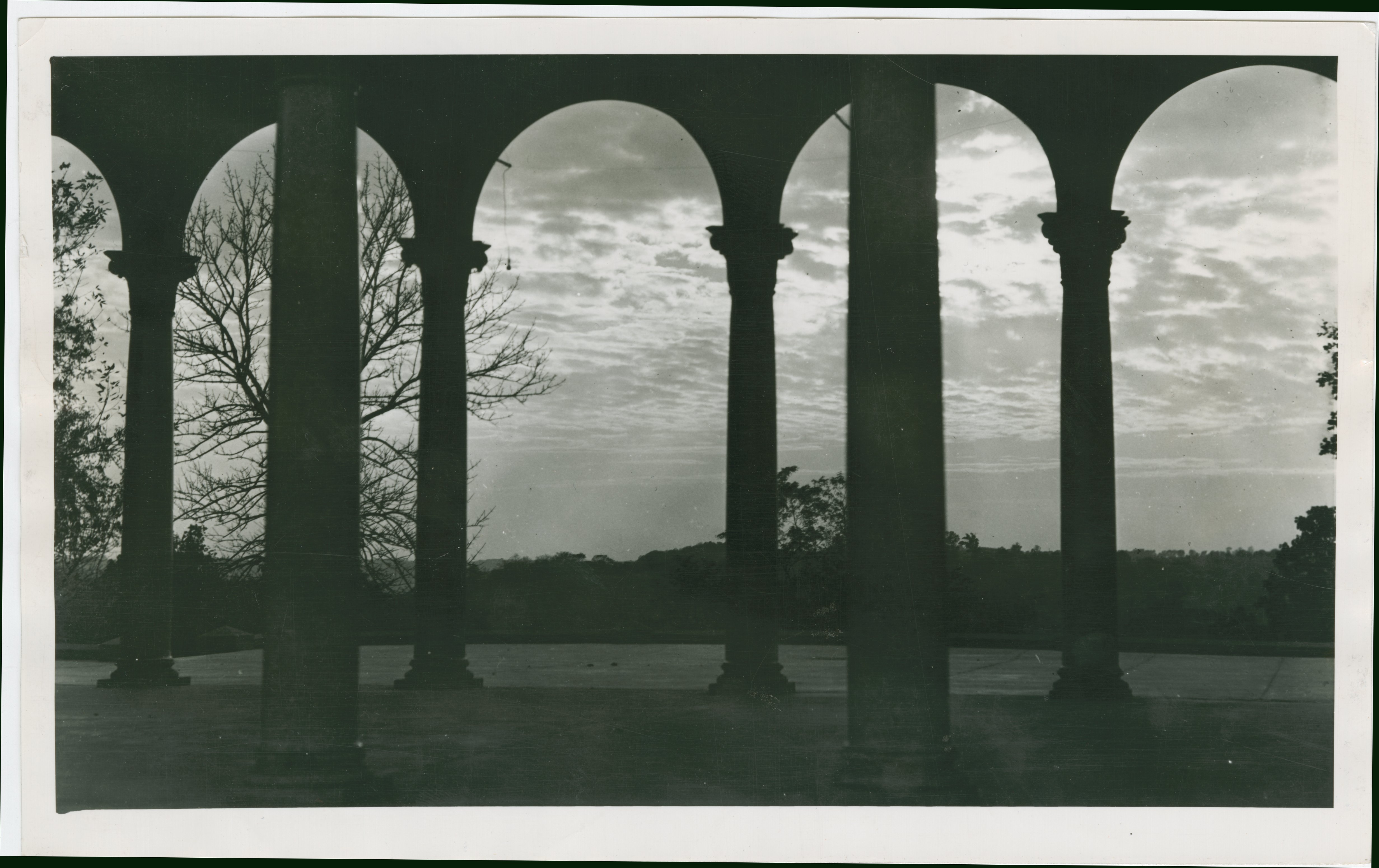 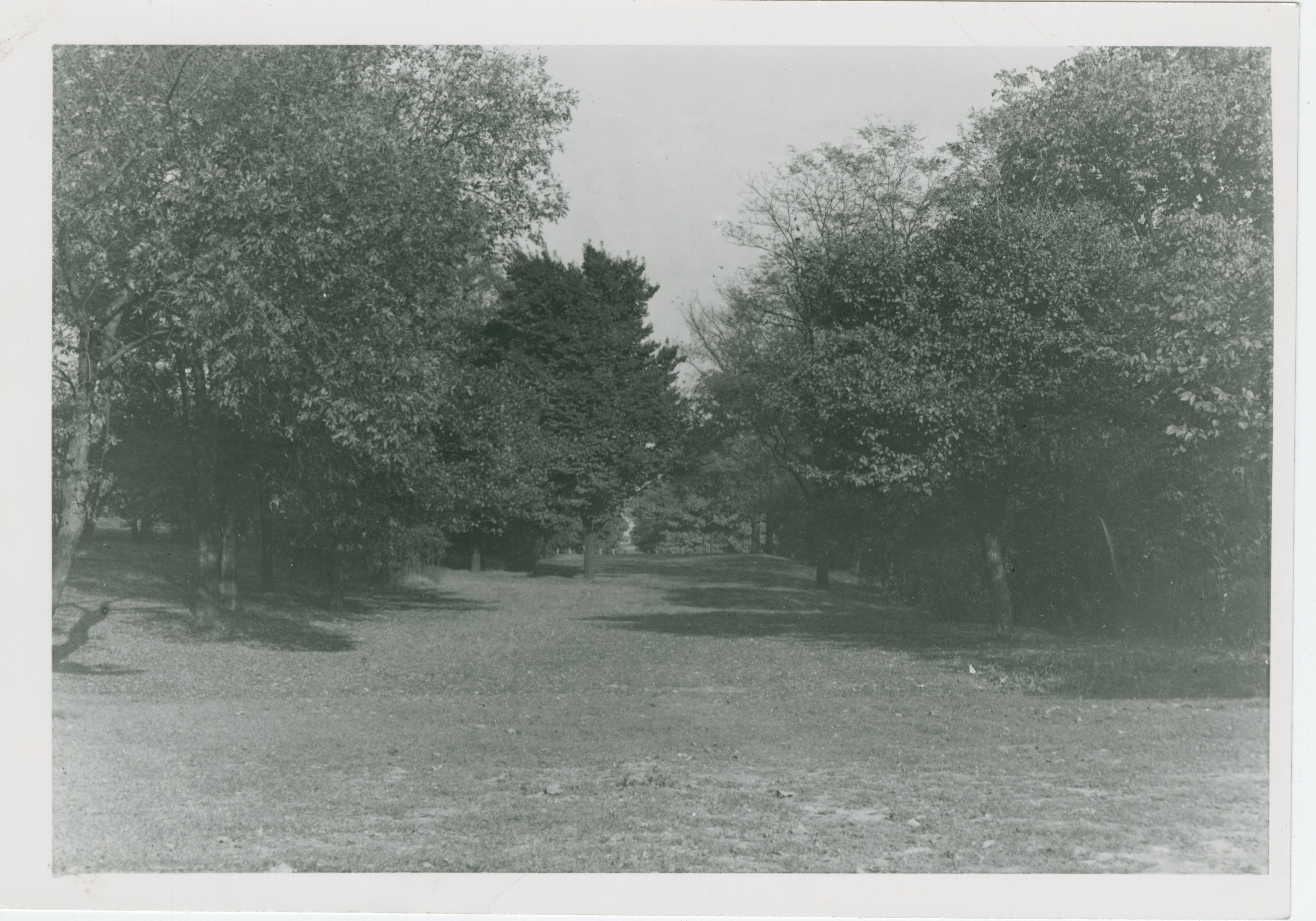 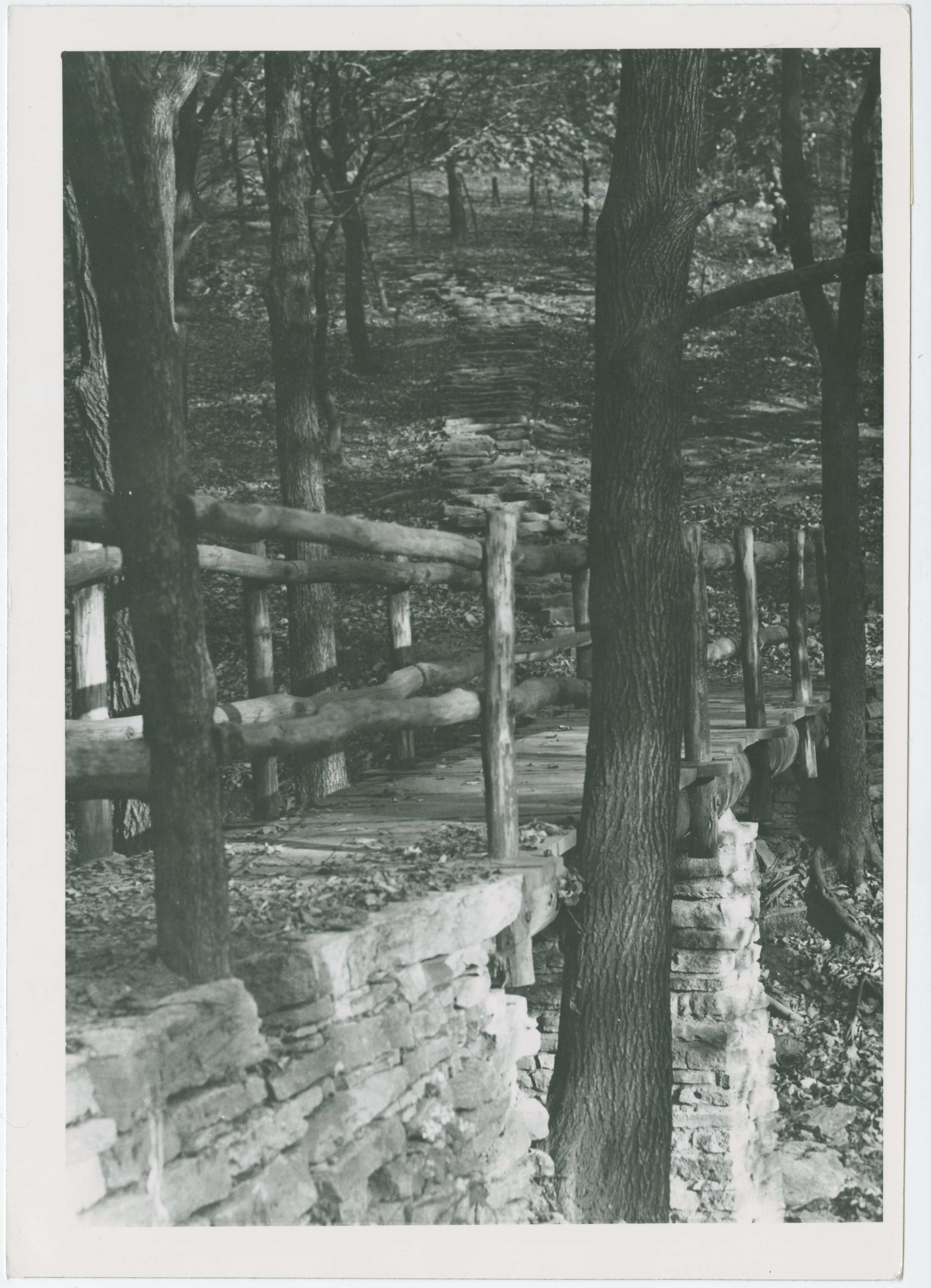 In 1907, under the guidance of landscape architects from George E. Kessler & Co., the Cincinnati Park Commission recommended that a unified system of public parks be formed in the greater Cincinnati valley. Among the members of the Park Commission and Advisory Committee were names such as L.A. Ault, the namesake of Ault Park located on the eastern side of Cincinnati’s Hyde Park neighborhood, and Julius Fleischmann, of Fleischmann Yeast in Riverside-Sedamsville. The document, which would be referred to as The Kessler Plan, would become the blueprint from which Cincinnati’s modern park system would arise. A link to the 1907 document can be found below in the Additional Information section.

In 1908 the Cincinnati Park Commission purchased forty-six acres of undeveloped land on the eastern edge of the largely-residential community of Price Hill. In 1912, a bond issue provided $1.75 million for improvements to Mt. Echo Park, as well as for the purchase of four additional acres of land, bringing the total acreage of the park to fifty acres. Between 1908 and the 1920’s, a flurry of road improvements increased public access to the park. One such improvement provided the public with a road that connected Elberon avenue directly to the park entrance. By connecting the park directly to the street car line on Elberon, the public could access the park by a mere 5 minute walk.

Like many public parks in the Cincinnati region, Mt. Echo Park benefited greatly from Works Progress Administration projects during the Great Depression. The WPA funded, and constructed, a host of infrastructure projects which yielded structures such as the shelterhouse and comfort stations, as well as new roadways and comprehensive landscaping updates.

Attendance at Mt. Echo Park steadily increased throughout the 1930’s and 1940’s as the public sought out local recreational activities. In 1949, the park board purchased the final tract of land which brought the park to its current acreage.

In January of 1984, the park board closed Mt. Echo Park as infrastructure in the park began to fail. Federal grants totaling $300,000 was earmarked for renovation of park structures. Today the park is well maintained, and continues to provide the public with stunning views of the Ohio River Valley.