Now a fine-dining restaurant called The Hummingbird Room, this beautiful historic home was built in 1856 by its namesake, Major Jared B. Fisher. Its design is a unique blend of Greek and Gothic Revival styles and as such is a fine example of pre-Civil War architecture. Fisher served as the captain of the Marion Infantry, a local volunteer military organization, from 1850-1859. The home has been well maintained over the years and is listed on the National Register of Historic Places.

The Major Jared B. Fisher House was built in 1856 and is now home to a fine dining restaurant. 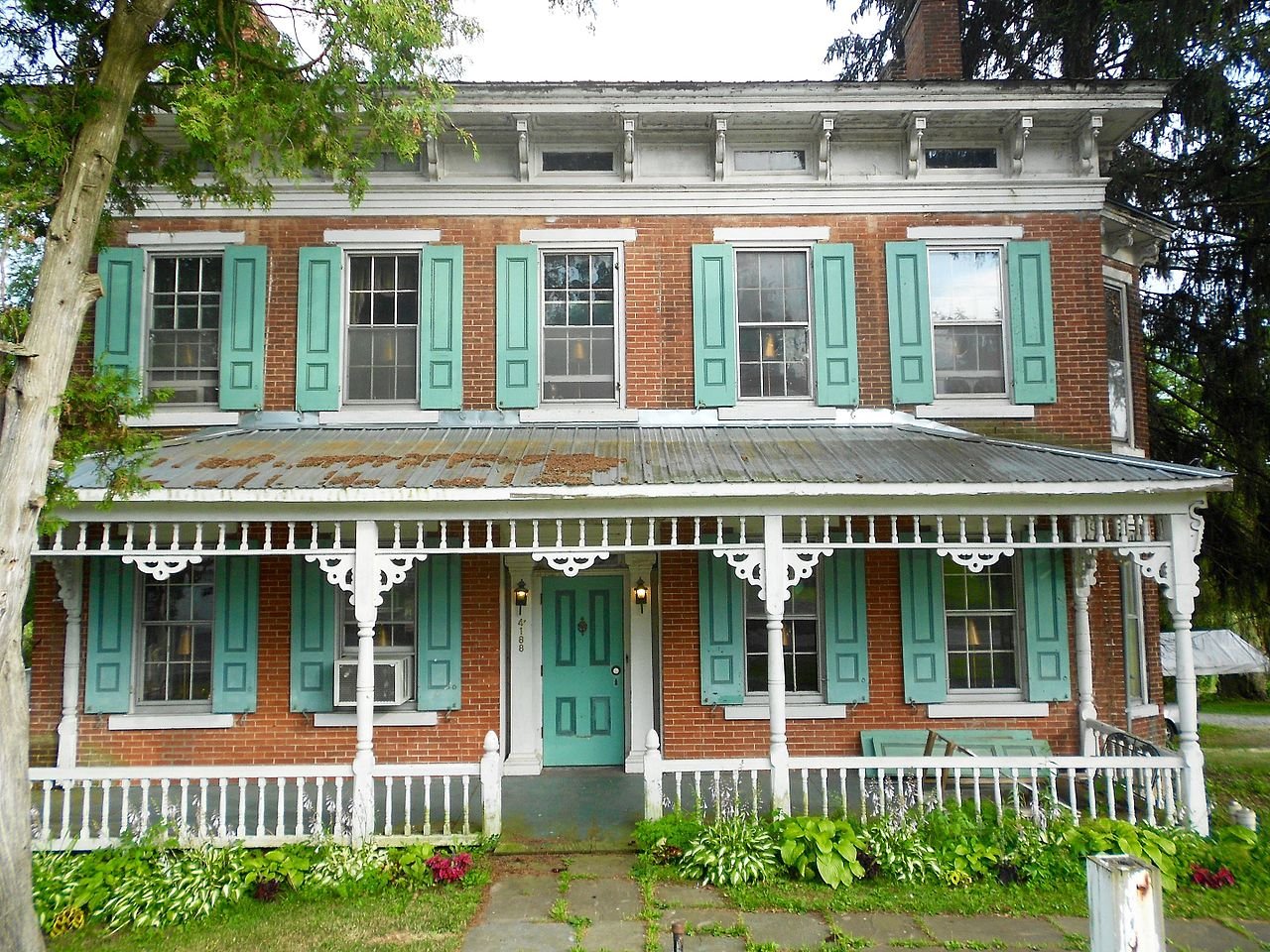 Born in Berks County in 1829, Fisher moved to Centre County in 1845 and worked for his father in the milling and merchandise industries. Fisher took control of these businesses when his father died in 1866 and continued his father's success. In addition to serving as captain of the Marion Infantry, Fisher also organized the Bellefonte Fencibles ("Fencibles"—derived from the word "defensible"—were British soldiers who could be called upon to protect England against invasion. American military units adopted the term). Fisher also served as Brigade Inspector for the Third Brigade of the 14th Division. Unfortunately, he had to retire from the military for health reasons and did not serve in the Civil War.

The restaurant was founded in 1993 by Chef Eric Sarnow, who honed his cooking skills in France. Three years later, he and his wife moved to Philadelphia. After six years, they moved to Bellefonte to open the Hummingbird Room.