The supposedly-haunted King's Tavern is home to many deaths and a rich history dating back to the Revolutionary War. The owners of the Tavern have changed throughout the years and the purpose of the Tavern has changed, but the building and its history remain. The Tavern has doubled as both an inn and tavern, and has served as a way-point for tired travelers to come and sleep and drink the night away and usually leave by the morning.

Plaque in front of the King's Tavern, claiming to be the oldest building in the state. 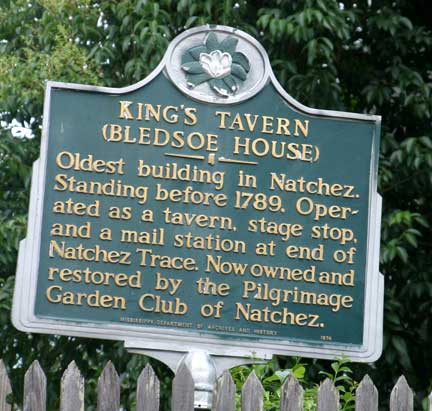 The current view walking into the King's Tavern. 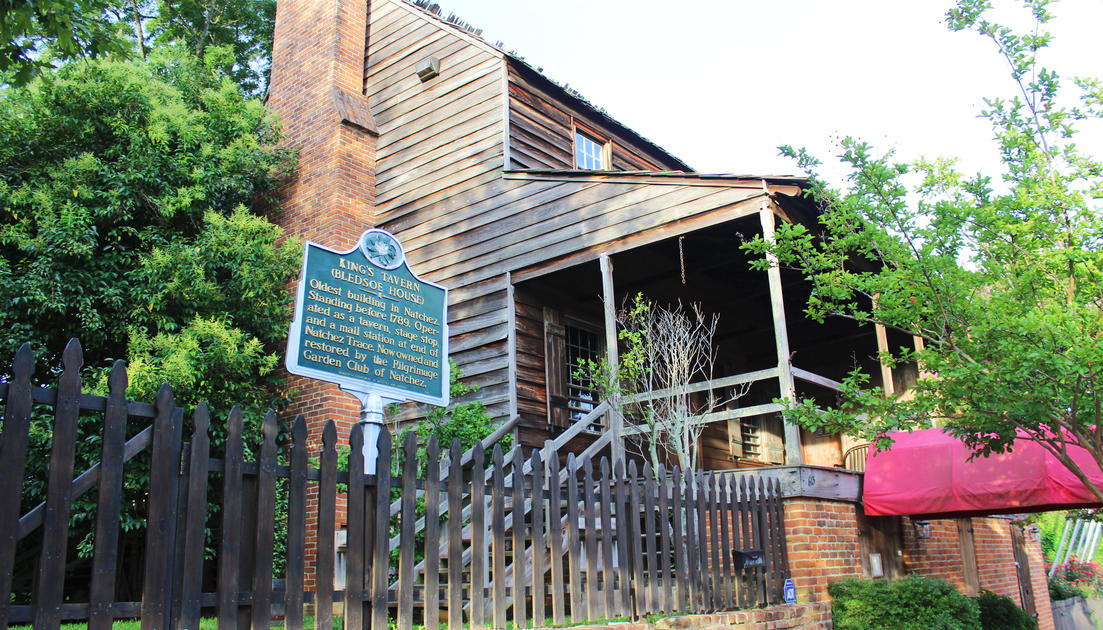 A wide range of food choices from the menu. 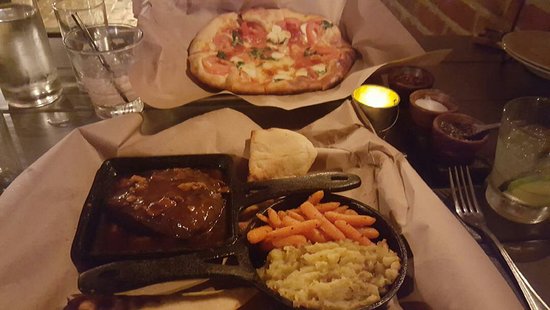 Now known for their mixology of cocktails, this bar specializes in house-distilled rum. 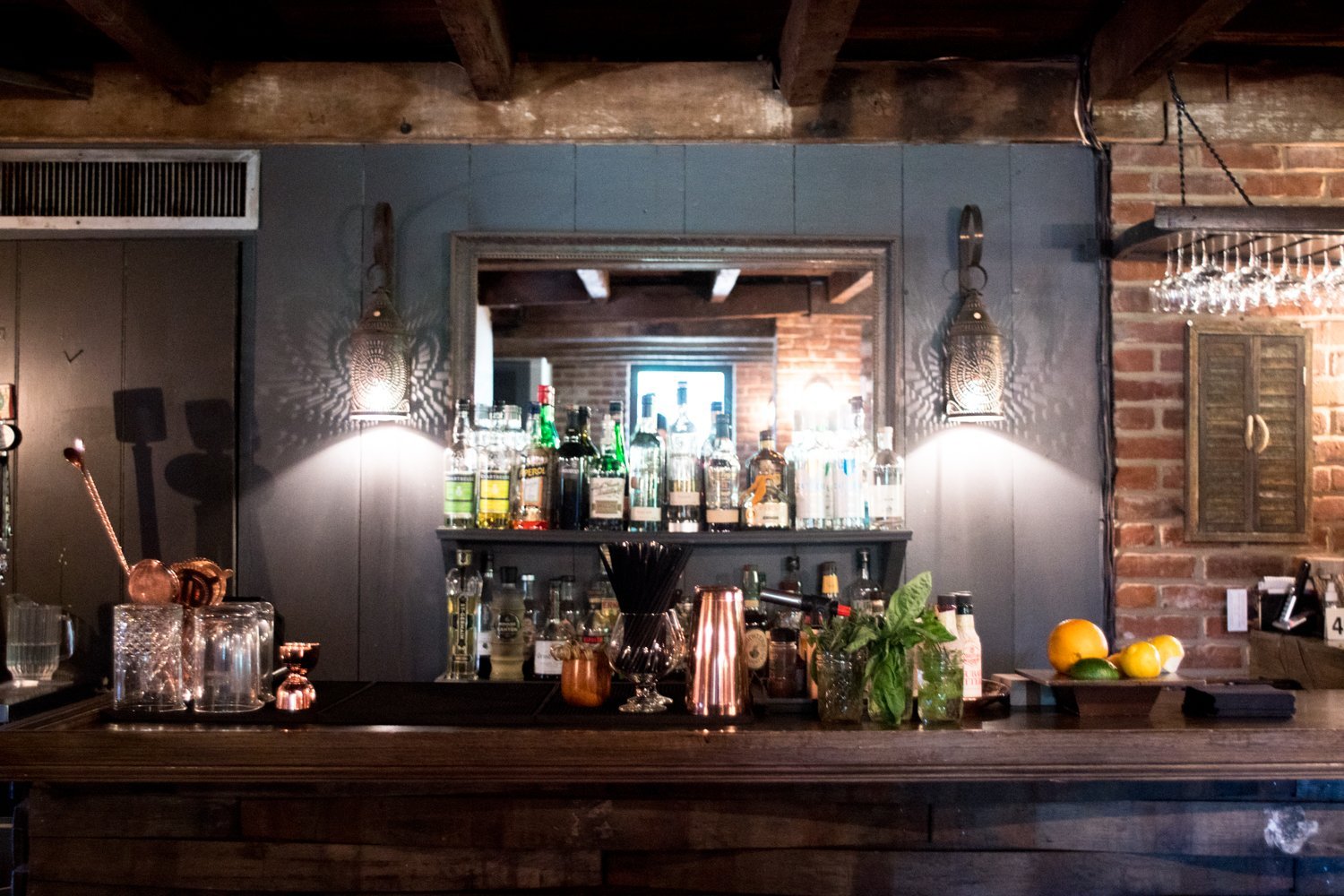 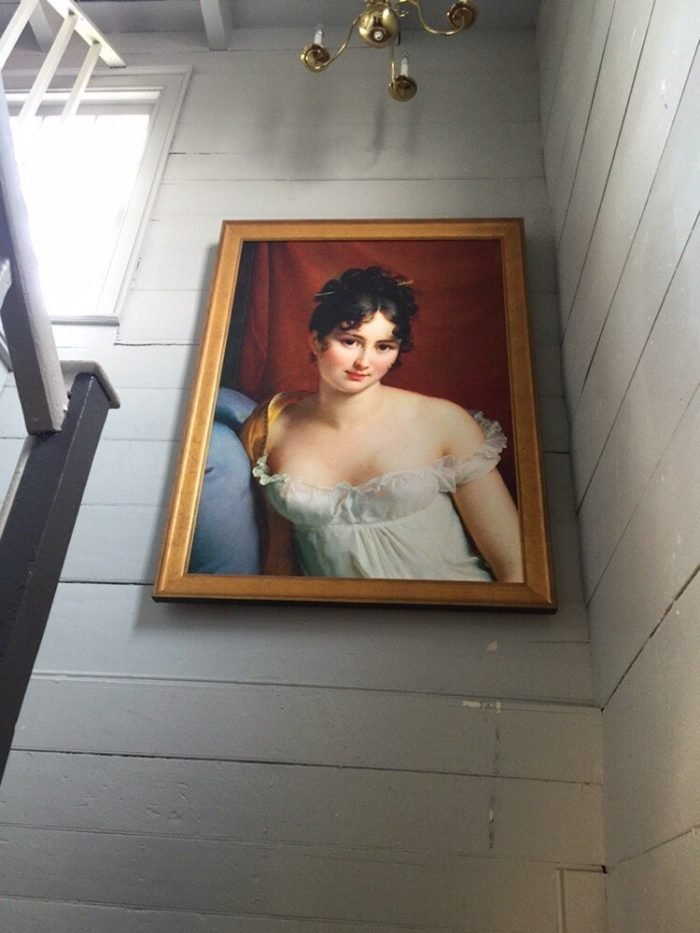 The fireplace that emits heat even went not in use, also the fireplace where the man with a top hat is seen. 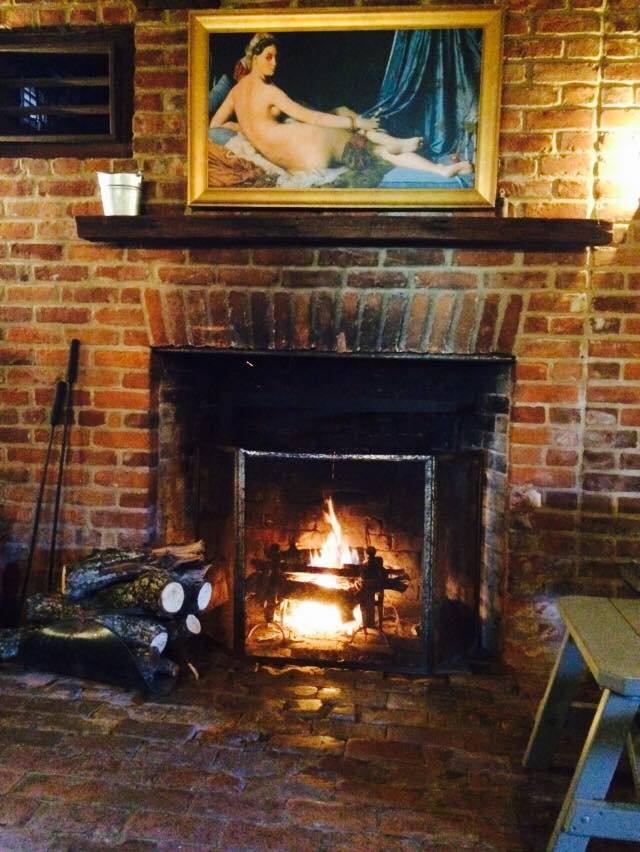 The King’s Tavern is home to many brutal and gruesome killings, beatings, and more.  The Tavern didn’t start as a place where people could die any minute, though. It started as a barrier.  The Tavern was originally built in 1769 by the British army, and was the blockhouse for Fort Panmure during the Revolutionary War. The house was built in downtown Natchez, Mississippi with only sun-dried bricks, barge boards from flatboats, and sailboat scraps. This was not an unusual combination of building supplies for the time, but this being the first building built in Mississippi, many others followed the example. By 1776, the British abandoned the Fort.  After the building was abandoned, Richard King moved his wealthy New York family down to Mississippi in 1789 and bought the house.

In the early years of the city, Natchez was a safe haven for escapees of the Revolutionary War.  Many groups crossed through Natchez, such as Native Americans, French settlers, the Germans and the Irish. During the Revolutionary War, they came in on flat-boats from Ohio River.  Fast forward to the 1900’s, and the city became a place for civil right movements and integration.  Today, people all over the world come to see the landscape of Natchez and take in the history of the city.  The King’s Tavern is the oldest building in the city, and it has long been known as a place for travelers to stay. The Natchez Trail was originally a buffalo trail, but eventually, Native Americans, traders, settlers, missionaries, slaves, and pioneers would use the same trail.  During the Civil War, the city of Natchez was guarded by Union soldiers who made sure the trail was not harmed. This trail has been used for safe travel, slaves escaping, as a safe route for African Americans in the 1900’s, and is now a recreation trail for hiking, biking, etc.

The King family turned the run-down Fort into a tavern and inn, and it also ended up doubling as the place the city would receive mail. At the time, the King’s Tavern was extremely popular and tended to be crowded daily. People would drink at the tavern all day and night while in town.  At the beginning of the inn, it was primarily for tired sailors and boatmen, who could rely on the inn to be open and ready for them. When it became a stop for the mail, people were in and out constantly to receive and send their mail. This business made the King family very popular at the time.  But, every good thing must come to an end.

The King’s hired a young sixteen-year-old girl, Madeline, as a maid and server for the tavern.  Madeline was engaged, but this didn’t stop King from pursuing her and he quickly began to make advances towards the young girl.  After many failed attempts, Madeline fell for Richard King, and their love affair began. The two weren’t sneaky enough, though, and Mrs. King found out about the affair and decided to act.  Soon after, Madeline went missing and wasn’t seen for several years. Two stories have survived over the years: the first is that Mrs. King killed Madeline and hid her body, while the second theory states that Mrs. King hired hit men to do her dirty work and hide the body. During this time, the Highwaymen Outlaws came to Natchez. This group of men was known for praying on boatmen and visitors, and would rob the townspeople. They also didn't think twice about murder. This gang had a signature way to “dispose” of the bodies, a "calling card" that made it know that the Highwaymen Outlaws had committed the murder.  They would slice a body open and stuff it with rocks and dirt after removing the organs and intestines.  Afterwards, they would throw the corpse into the nearest body of water.

There was even more violence when the infamous Harpe Brothers came into town. The Harpe Brothers have been coined the first serial killers in America, and might be some of the most brutal serial killers of all time. For example, the brothers both kidnapped their “wives” and would beat and rape them almost daily. When they would become pregnant, the brothers would wait until after delivery to kill the baby. After years of torture, the brothers killed the “wives” and found new “wives.” This next set of wives were killers as well, and were jailed for a period of time during their time with the Harpes. Once in Natchez, the brothers crossed many people, and many more died at their hands. They caused much pain and torture to the people of Natchez while they stayed at the King’s Tavern. One brutally inhumane event that happened at the Tavern occurred when Big Harpe was sitting at the bar downstairs and could hear an inconsolable newborn in the attic room.  After listening for several minutes and getting no relief, he marched to the room of the baby and mother where he violently killed the baby, leaving the mother even more inconsolable than the baby had been.  Big Harpe’s died in 1799, after the father of one of his kidnapped wives found him and cut his head off.  After sawing his head off, he placed Harpe's head at the entrance to Natchez to warn others intent on evil-doing to leave and not come back.  The crime and murder rates slowed drastically after this event.

After all that pain and torment, it is no surprise that this Tavern is questionably haunted.  Many have claimed to have seen unexplained figures and shadows, and events occurred that have left visitors shaking. Madeline’s ghost is said to haunt the place and her ghost likes to play jokes and mess with visitors of the Tavern.  People have said they have seen her knock jars off tables, open and shut doors, turn lights on and off, and pour water from the ceiling to drop drown to the floor. Her ghost being there makes sense, because in the 1930’s renovations were happening to the Tavern after a new owner bought the place. When cleaning the chimney, three mummified bodies were found. One of them was Madeline, while the other two were unknown men. Madeline being found in the chimney supports the theory that Mrs. King murdered Madeline herself and hid her body. Others have said they have heard a baby screaming and a woman crying. This is believed to be the baby that was killed by Harpe and the mother still in mourning. Lastly, a suspicious entity has been seen lurking about the Tavern. He is unknown, and no one can seem to place him in history. He is said to be tall with a top hat, pants, dark jacket, and a Black tie, looking sinister. His presences are said to be cold and mean-hearted. People also claim to feel an uneasy pressure on them while near the fireplace. This unknown man has been seen in backgrounds of photographs taken by the fireplace. This fireplace is also known to emit vast amounts of heat when not operating.

After all these ghostly encounters, the Tavern was owned by a new company by 1973 and opened as a tavern and restaurant. This closed in 2012, but the tavern reopened again in 2013 as a bar and restaurant with a rum distillery. The visitors that come to eat and drink have still claimed to this day to feel the presences of otherworldly figures and claim to have photographed the spirits. This tavern is one of the most popular bars in Mississippi, and still makes the list of Best Bars year after year, despite its horrific past.

DiRienzo, Daniella. King’s Tavern In Mississippi Has A Haunting Past. Only In Your State. August 23, 2016. Accessed November 01, 2018. https://www.onlyinyourstate.com/mississippi/haunted-kings-tavern-in-ms/.