Dedicated in 2009 by the Historical Association of Lewiston, the Freedom Crossing Monument commemorates the point where African Americans fleeing their enslavement in America reached the banks of the Niagra River. The monument shows a family boarding a rowboat with the help of local residents and reflects the symbolism of the Niagara as the final boundary between the long journey from the South and freedom from slavery in Canada. This bronze statue was made possible by private foundations and donations and commemorates African Americans to risked death and punishment to start a new life of freedom in Canada and the many white and black Americans who helped others escape bondage.

The Freedom Crossing Monument marks the point where slaves reach their destination after risking death and punishment. 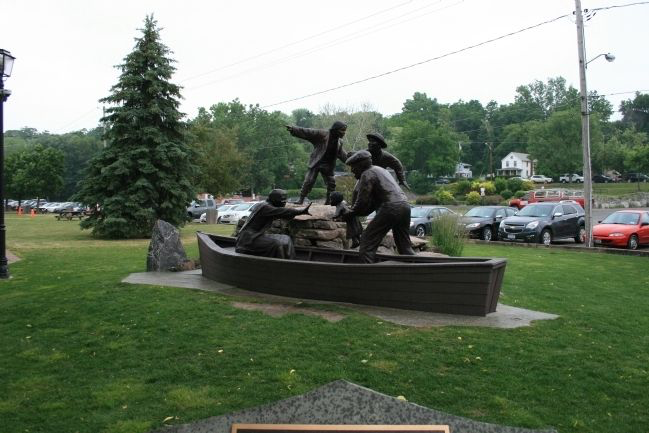 Enslaved persons traveled hundreds of miles with the help of volunteers to seek a new life of freedom. 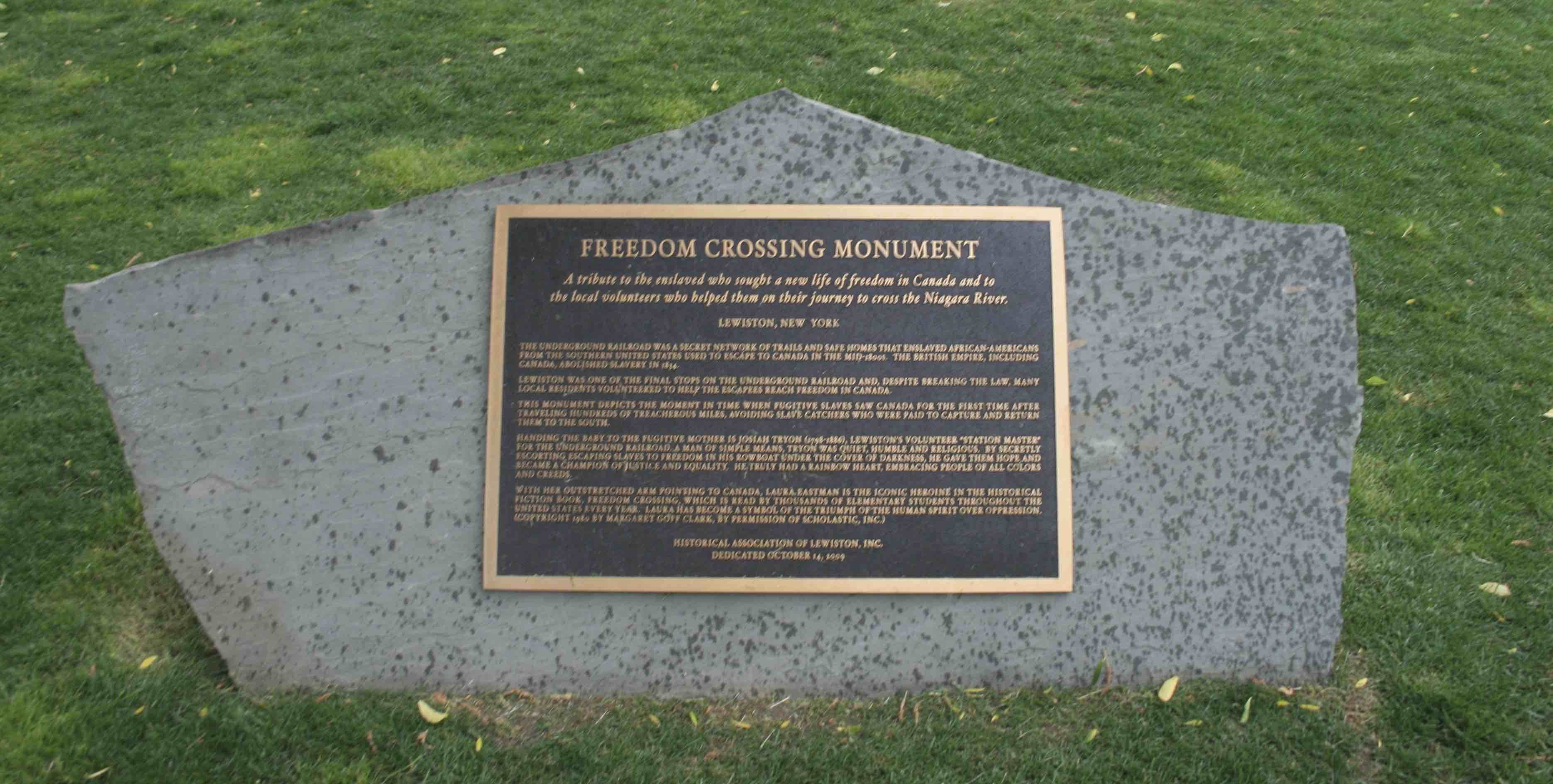 The monument is named after a book called Freedom Crossing by Margaret Goff Clark that introduced many Americans to the story of the Underground Railroad when it was published in 1969. The story depicts a Lewiston’s “stationmaster” Josiah Tyron who secretly escorted fugitive slaves across the Niagara River in his rowboat. Tyson is represented in the statue as the man handing a baby to a fugitive mother. Laura Eastman is a fictional character from the book and she is represented as the teenage girl pointing across the river towards Canada.  The monument honor to the slaves who escaped from bondage as well as the citizens of Lewiston that helped smuggle thousands of people across the international border.

While slavery ended in Northern states in the decades following the American Revolution, freedom from slavery in the South required more than simply crossing the Mississippi or the Mason-Dixon Line as slave catchers operated in Northern states and federal laws allowed for any white person to detain a person of color pending a trial that required little evidence to determine their status as free or slave.

This monument also conveys the emotion of the moment when enslaved persons could see Canada for the first time after months of walking and hiding. Many who reached this point did so owing to the efforts of white and black Americans who participated in a covert and secret network known today as the Underground Railroad. It is estimated that 100,000 enslaved people escaped the South between 1810 and 1950. While there was no single network, many notable abolitionists and opponents of slavery dedicated their lives to aiding fugitives. These men and women include John Fairfield, the son of a slaveholding family, Levi Coffin, a Quaker who assisted a significant number of people in southern Ohio, and Harriet Tubman, who personally escorted many people including her family members from the South to the North.