This unusual, whimsical-looking house was built between 1922-1937 by Penn State architectural engineering professor, David A. Campbell. Campbell designed the home to resemble what a typical home would look like in the English countryside. The home was added to the National Register of Historic Places in 1979. It is a private residence but can be easily viewed from the street.

Camelot House was finally completed in 1937 after 15 years of construction. 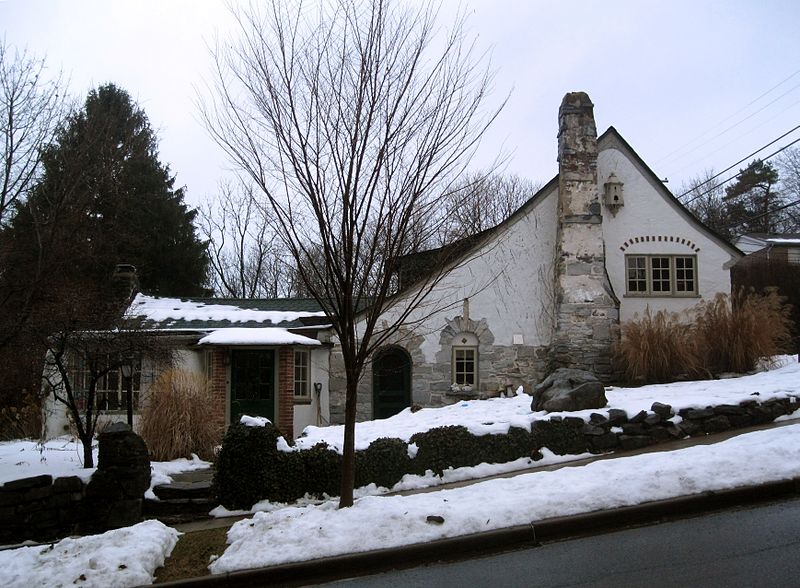 The house took so long to build because Campbell had a difficult time finding a contractor to build it (because of the unusual design). He was also unable to obtain financing for it because banks wouldn't lend him money. Consequently, construction continued only when Campbell could pay for the work.