Dedicated on September 16, 1995 to honor the bravery and sacrifice of the Native Americans that served and lost their lives in the Vietnam War 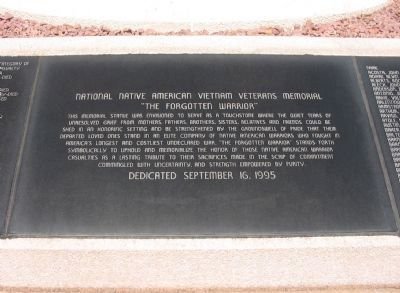 Plaque describing the elements of the monument and what each aspect symbolizes. 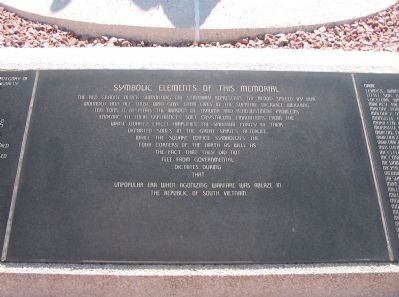 View from the front of the monument, showing the soldier with an M16 rifle and planting an eagle feather staff 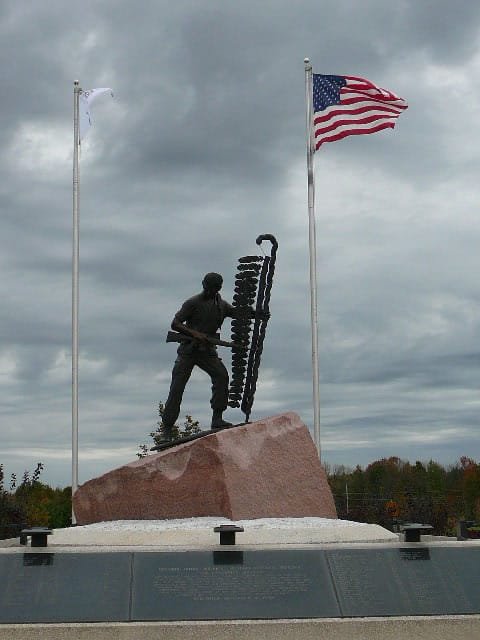 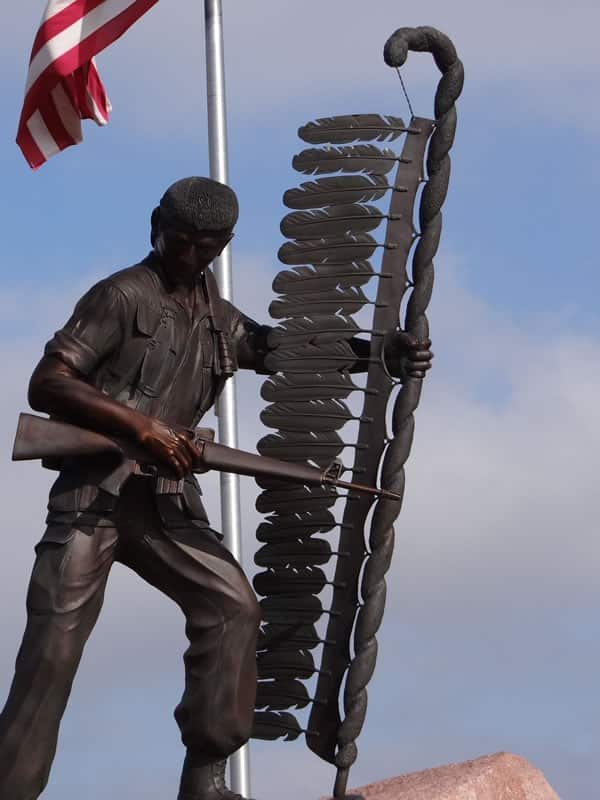 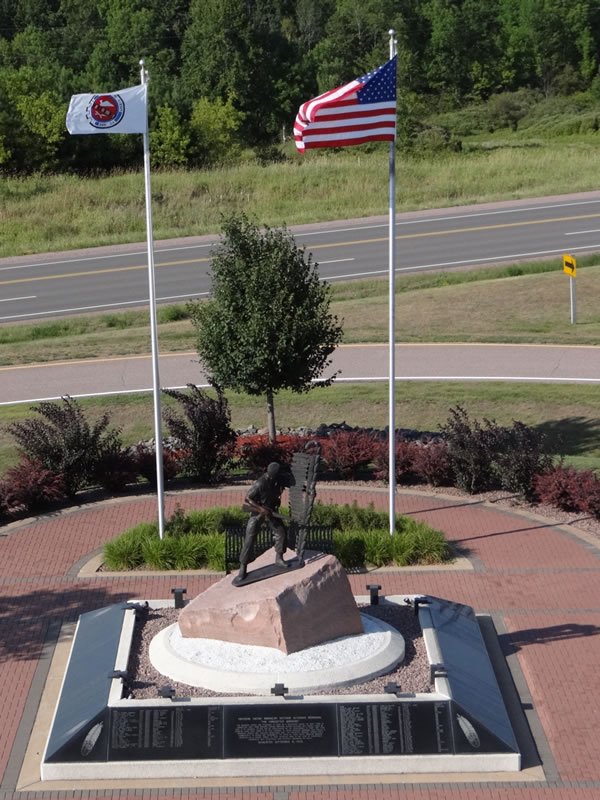 Beautiful photo of the monument at night 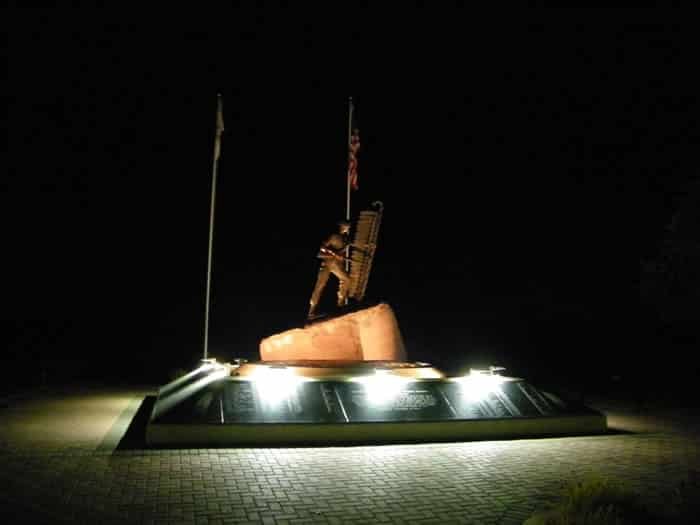 The bronze sculpture was created by Harry Whitehorse and depicts a Native American warrior. In his right hand, the soldier holds an M16, the weapon carried by most soldiers. The warrior is also planting a staff of eagle feathers in the ground with his left hand, a symbolic gesture and reference to the proud heritage of Native people in America.

The sculpture stands atop a large red granite stone, weighing approximately ten tons. The white quartz also has meaning, depicting purity of the souls who gave their lives. The entire monument is lined on the outside with Black granite slabs with plaques that include the names of each of the deceased. One plaque explains the purpose and symbolism of the objects in the monument and a second describes the history and purpose of the monument. Additional plaques list the names of all the Native Americans who fought and died in Vietnam.

Behind the monument stands two flags-a United States flag and a tribal flag that is rotated regularly to honor different tribes. From April through October, volunteers are available for more information and tours of the Highground which includes numerous other monuments.