In 1917, Andrew Zilker sold Barton Springs to the city of Austin, making it a part of the city’s identity in the 1920s and beyond. Following the Austin City Plan of 1928, Barton Springs was developed with sidewalks, a bathhouse, and being dammed up. Civic concern increased when the Barton Creek Square Mall and the Circle C Ranch were built and opened. The mall was built upon a hilltop in 1980 by Melvin Simon, while Circle C Ranch is a massive residential development set on top of the Edwards Aquifer recharge zone in 1988. All of the chatter and concern birthed the Save Our Springs Ordinance in 1992 and protected the springs with new environmental policies and regulations.

Barton Creek is a popular swimming destination in Austin. 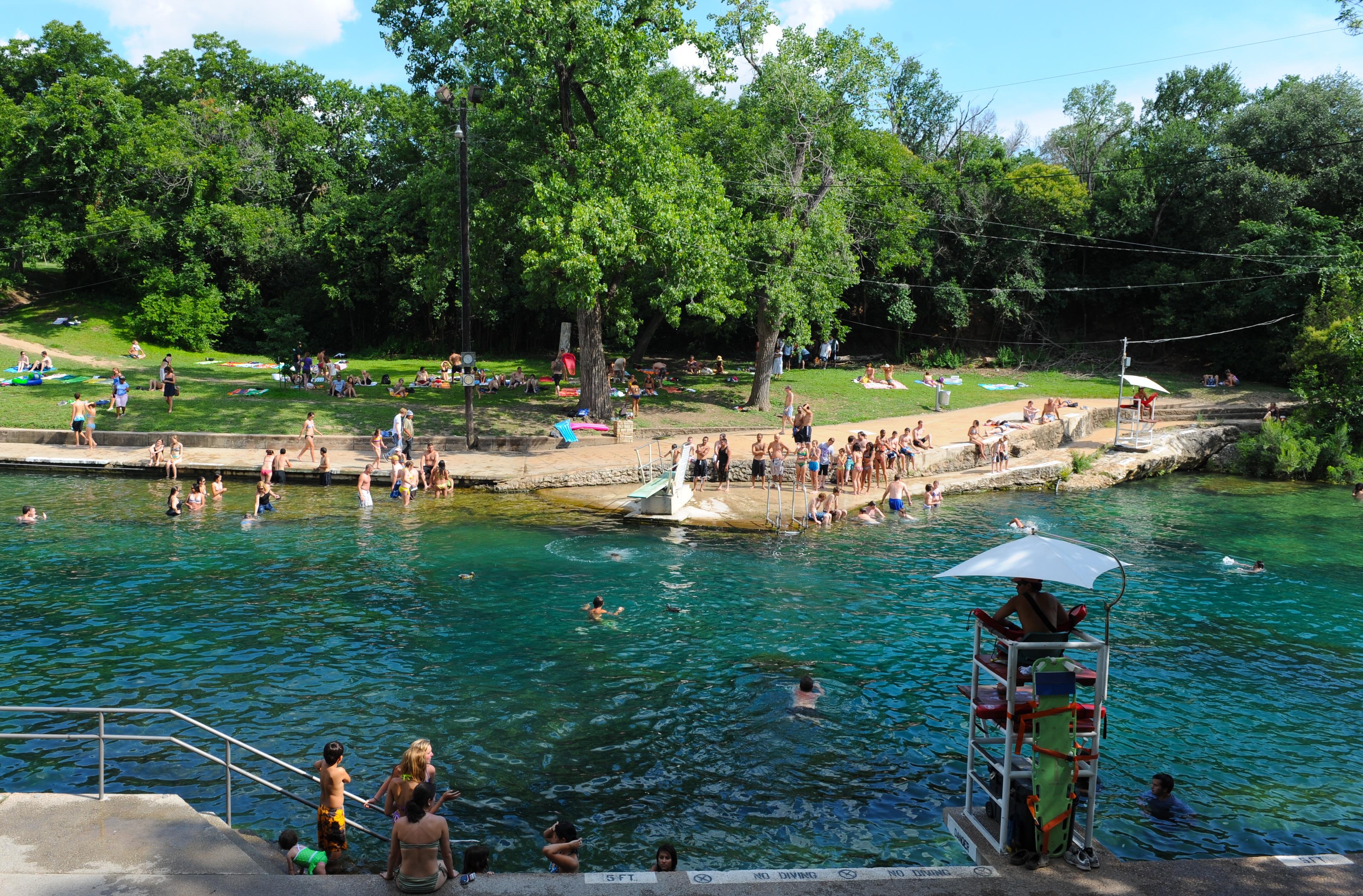 Protesting in Austin over urban development. 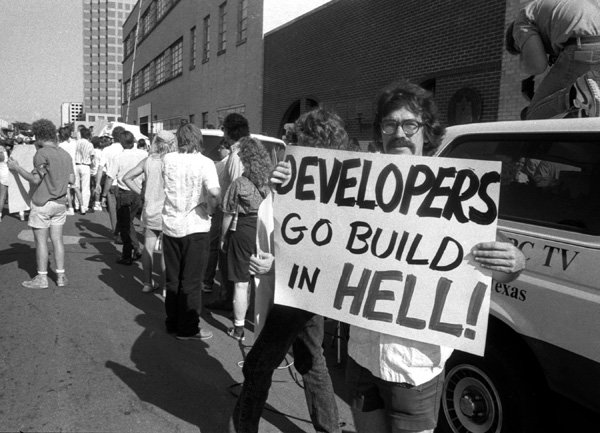 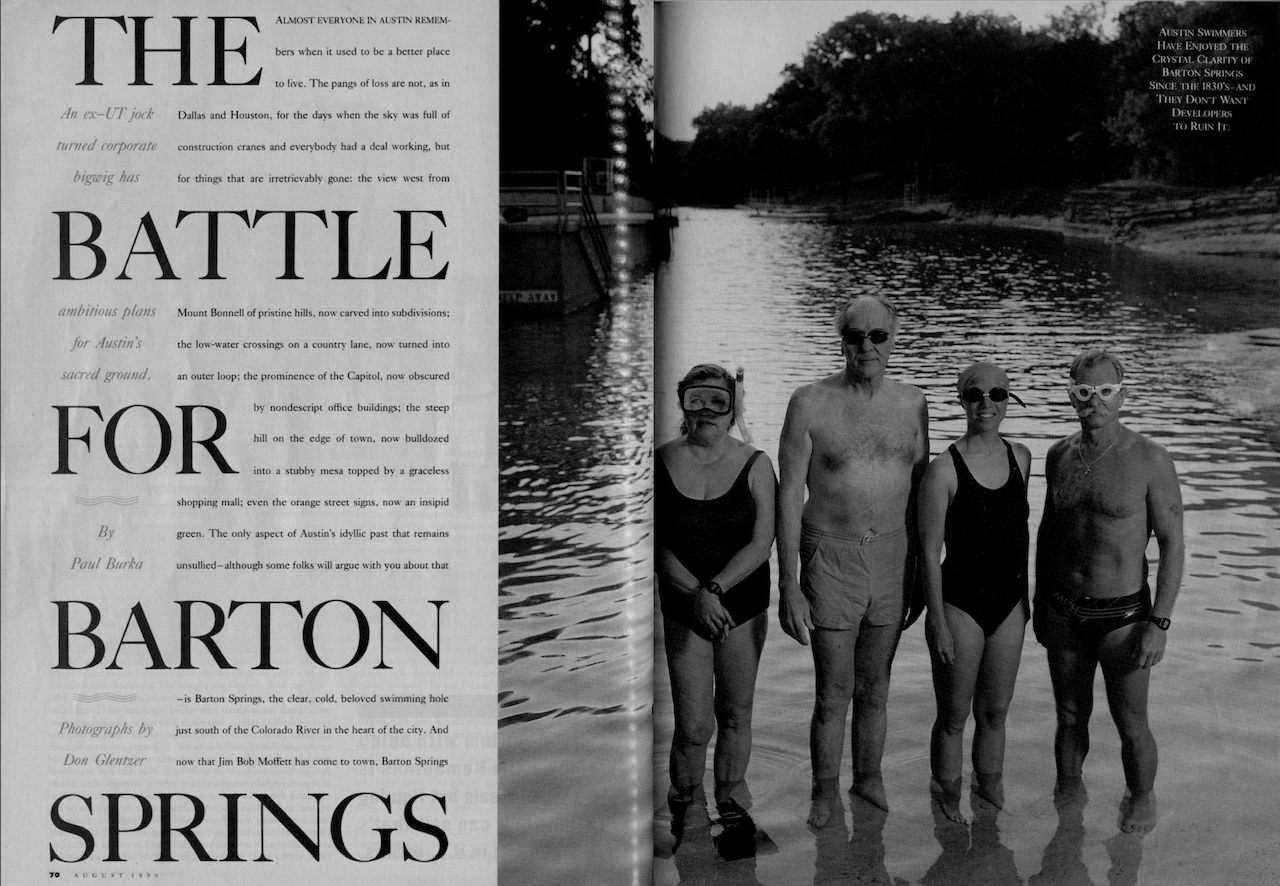 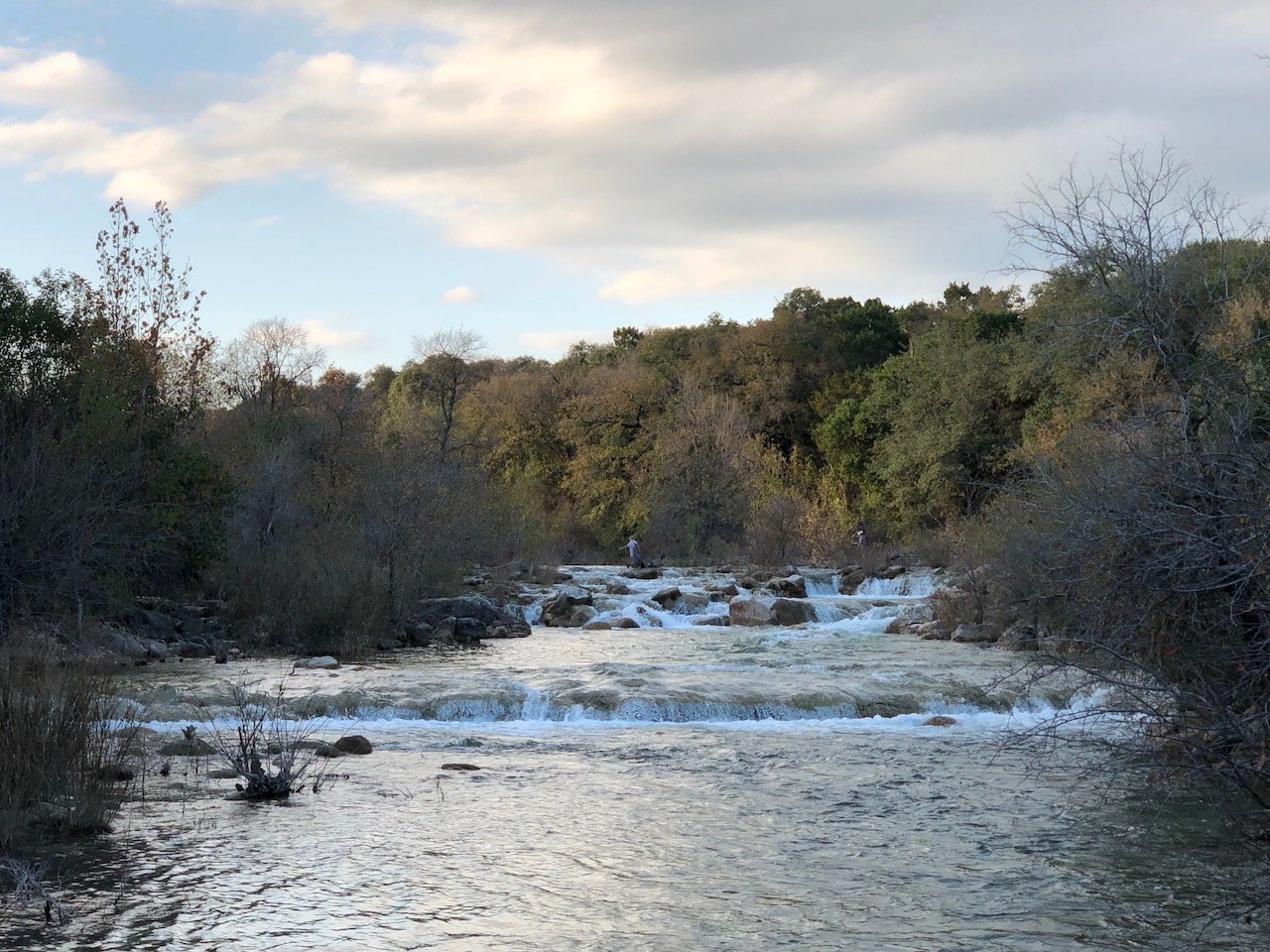 View of the mall and its proximity to downtown 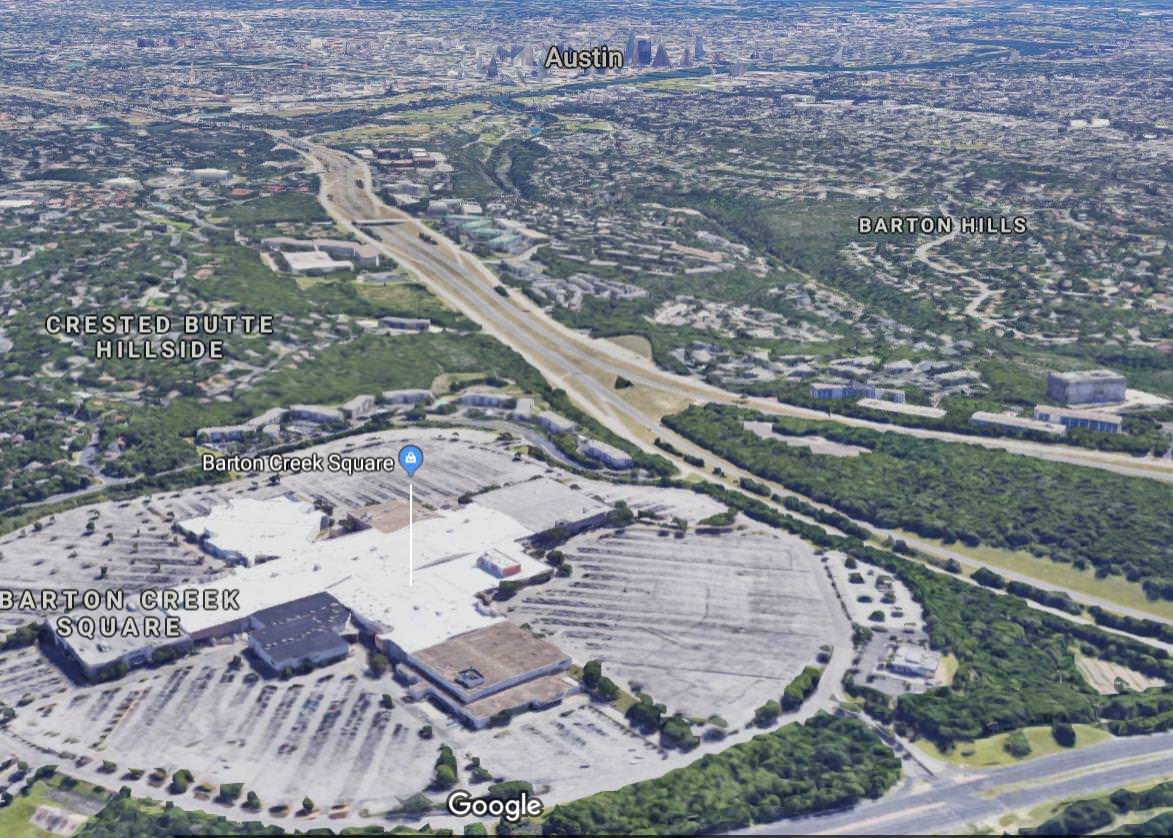 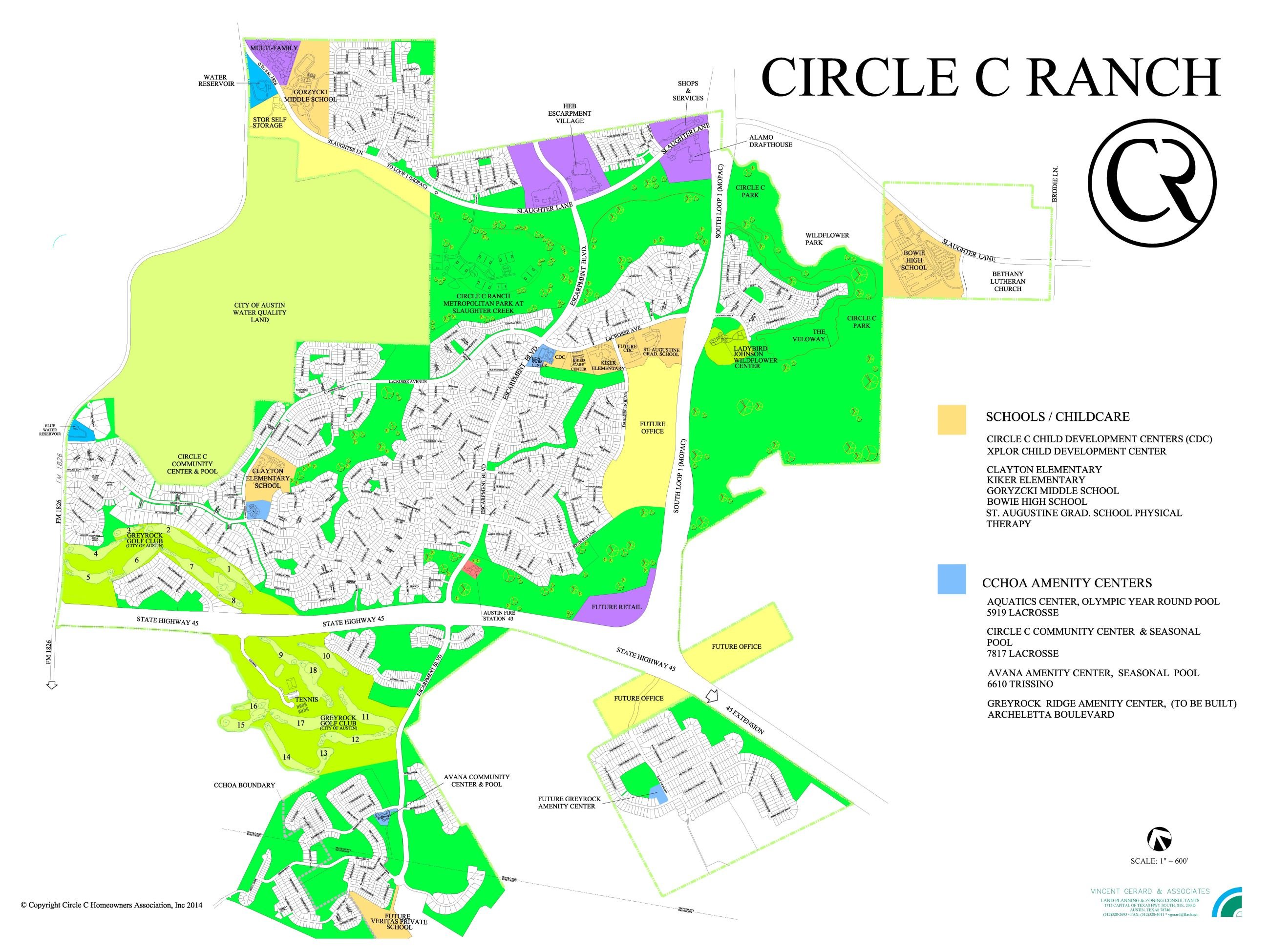 Save Our Springs Alliance Symbol 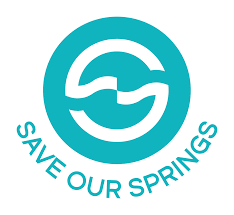 Barton Springs is a cluster of springs that makeup to be the fourth largest spring in all of Texas. In 1837, Billy Barton purchased the surrounding land which turned the springs into a hotspot of recreation and public enjoyment. In 1937 Andrew Zilker sold the surrounding land to the City of Austin that made the springs to be a civic symbol in the 1920s. Following the Austin City Plan of 1928, Barton Springs was dammed and landscaped, and sidewalks were installed. A pivotal part in the development of the springs was when the bathhouses were built in 1922. The springs was a mecca for recreation and leisure. In the 1930s, Zilker sold more land which gave the direction for it to be a “cultural center”1

The serenity of the springs took a turn for the worse from the development of Circle C Ranch and the Barton Creek Square Mall.  Barton Creek Square Mall was built in the late 1970s by Melvin Simon. The site was selected because of the natural surroundings and the view of downtown. A portion of the residents were “concerned” from the construction because they saw it as a “blatant disregard” to the environment.2 Construction dynamited the top of the hill and plateaued it with asphalt parking lots. Circle C Ranch is a massive development that opened in 1988 and was built right on top of the aquifer recharge zone.

Barton Creek Mall was a “fundamental threat” to the people of Austin because of the increasing pollution of water. The “brutal transformation” was formed because of where the mall is, how big it was, and the involvement of national developers. Consequences of the development came to light with Barton Springs closing during the duration of construction. When the mall opened in 1980, Barton Springs was closed thirty-two times in the following year. The Zilker Park Posse, a coalition of local environmental activists, released a newsletter highlighting on how it was effected with hydrological charts and explaining how impervious surfaces altered the recharge of the aquifer. Circle C ranch was plotted above the recharge zone of the aquifer and close to the creek, degrading the local water quality.1

The Save Our Springs Ordinance was made to “protect Barton Springs and the aquifer from any further development” in the area. The ordinance gave regulations for developments in the watershed like keeping impervious surfaces to 15% to 25% of the surface area, outlawing zoning variances, restricting how close development can be to the creek, and enforcing “comprehensive testing to ensure non-degradation” of water quality.” It was balloted in 1992 by becoming a citizen’s Initiative with 30,000 signatures and passed overwhelmingly.

Since the adoption of the SOS Ordinance the Barton Creek basin has seen positive and negative developments. A new environmental organization, the SOS Alliance, was born and advocates for the continued protection of Barton Springs. Open space increased from 3% to 34%, but impervious covered land also increased from 7% to 13% in the following decade.3 In 1993 the Barton Springs Salamander was identified and classified as an endangered species in 1994.4

Today Barton Springs serves as a habitat/reservoir for the Barton Springs Salamander functioning as a safe heaven. In effort to educate the public, SOS Alliance created Barton Springs University. BSU is a program for high school students to learn about “water science, public policy, a history of the springs and sustainable living."6 In other aspects, Barton Springs is still a hotspot for recreation and tourism in Austin, Texas and a great source of civic pride.