Modern photo of the Grand Canyon of Yellowstone. This area is the central attraction of the Park and inspired Thomas Moran’s famous painting. 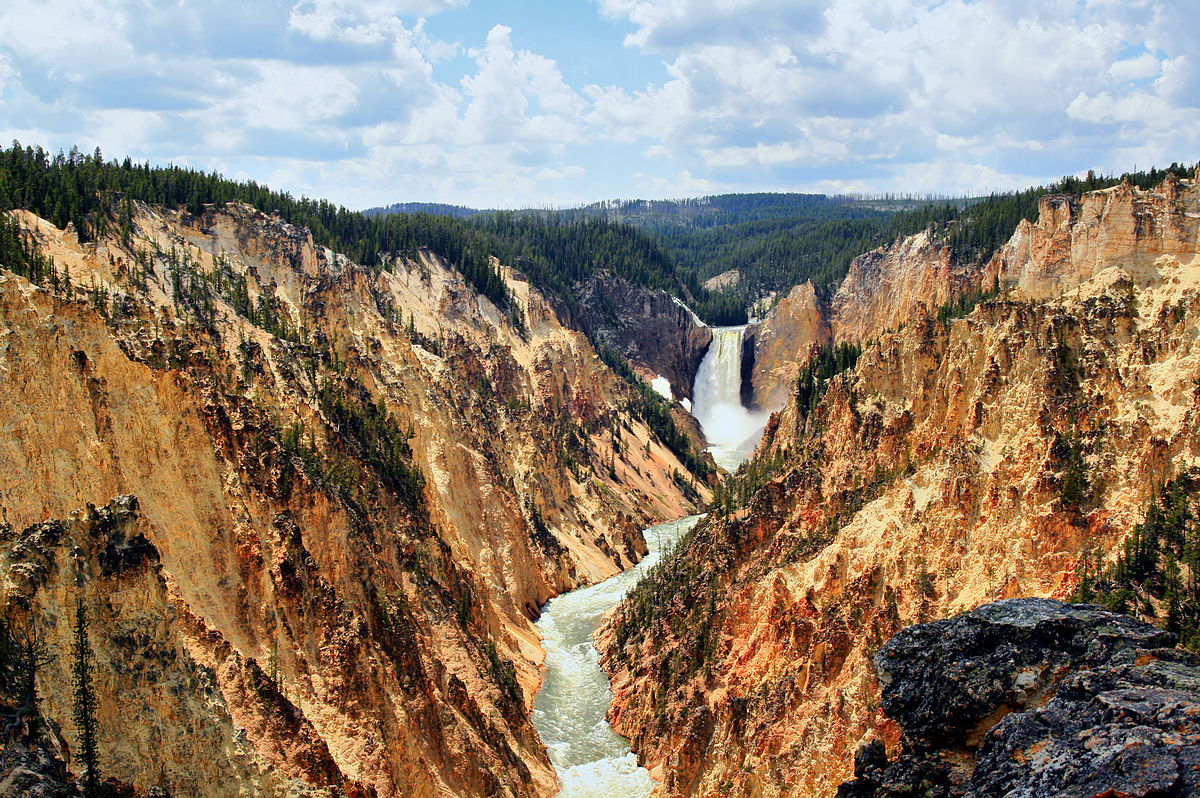 Thomas Moran created this painting entitled “The Grand Canyon of the Yellowstone” after going on the Hayden Expedition of 1871. Perhaps his most famous work, it conveyed the otherwise unbelievable beauty of Yellowstone to everyday Americans. 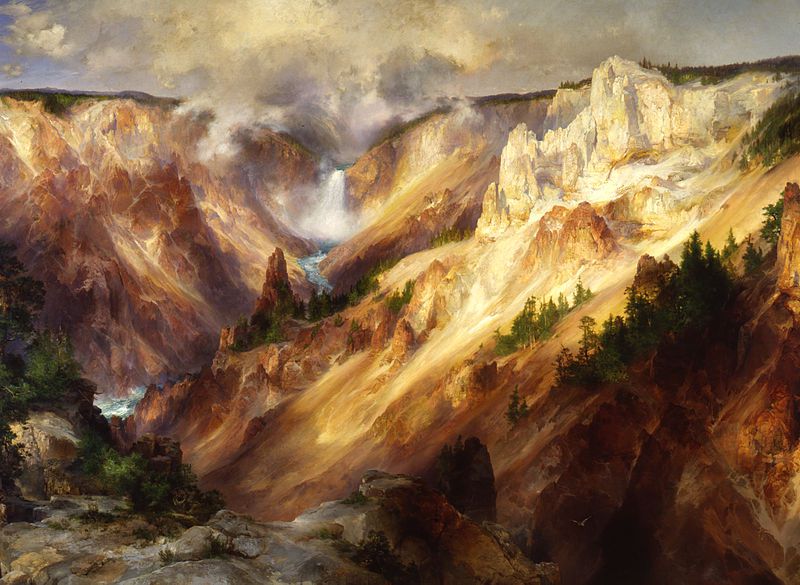 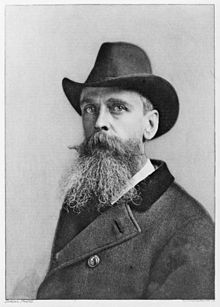 The Scribner’s Monthly Article that piqued national interest in Yellowstone. It contained text by Nathaniel P. Langford, who would go on to be the first superintendent of the park. 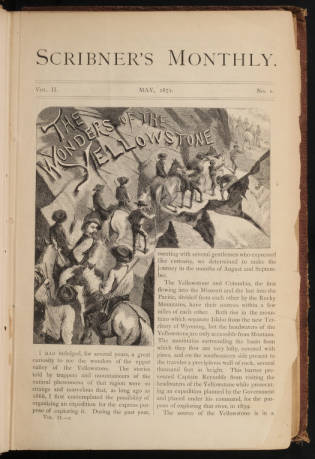 Yellowstone National Park has stood as a beacon of American identity since its establishment in 1872. Its awe-inspiring beauty is known around the world and its geysers, lakes, canyons, wildlife, and hot springs are kept pristine by its National Park protected status. Artists, explorers, and politicians worked tirelessly to ensure the protection of this land. Painter Thomas Moran rose to the challenge of sharing the wonders of Yellowstone with the American public. His sketches, writings, and especially his paintings convinced Congress of the necessity of preserving Yellowstone from development and settlement so that future generations could behold its wonders.

Although humans have roamed Yellowstone for thousands of years, the area’s fame did not arise until the late 1800’s. Native Americans have utilized the Yellowstone region for the past 11,000 years. European trappers explored the area in the early 1800’s, however, their reports were intermittent and unreliable. Soon after, John Colter, a member of the Lewis and Clark expedition, probably explored the area in 1805-1806. Although his accounts cannot be verified, his reports of the steamy  hot springs earned the area the nickname “Colter’s Hell.” Despite intermittent explorers and expeditions, all early reports were unreliable. Meanwhile, Yellowstone remained unknown to the majority of the world and vulnerable to the whims of unregulated trappers.

It was not until the 1870’s that Yellowstone started to attract national attention. In the summer of 1871, Scribner’s Monthly, an American magazine about art, science, and topics of national interest, published an article about the Yellowstone region. This article, aptly titled “The Wonders of the Yellowstone,” was written by Nathaniel P. Langford, who had participated in a small Yellowstone expedition earlier that year. It was the first published report of Yellowstone to be detailed and credible. This article also included illustrations by young artist Thomas Moran. Moran, originally from England, studied under renowned landscape artist J.M.W. Turner. Upon coming to America, he built a reputation for himself working as the art director of Scribner’s. The article was widely read by the American public and seemingly overnight, America was curious about the mysterious and mythical Yellowstone region.

The widely popular Scribner article led to the the largest effort to explore and document Yellowstone up to that date. The Hayden expedition of 1871 was chartered by the US Government but also received private funding. It brought together scientists, explorers, and artists to document Yellowstone and report back to the American public. The expedition “gave the world an improved map of Yellowstone and visual proof of the area’s unique curiosities” (“Expeditions Explore Yellowstone”).

Thomas Moran was perhaps the most valuable asset of the Hayden expedition. The young artist came along to journal and sketch the features of Yellowstone, and, upon return home, turned his sketches into a large oil painting of the Grand Canyon of Yellowstone. The piece conveyed the otherwise unbelievable beauty of Yellowstone in an era when few Americans could travel to see it themselves. Specifically, Moran’s liberal use of color is essential because Yellowstone had only been photographed in Black and white, so painting was the only medium capable of conveying its breathtaking hues. Congress immediately purchased “The Grand Canyon of Yellowstone” and hung it in the Capitol. Soon after, legislation making Yellowstone a the first national park passed easily through congress and became law in 1872. Thus, Yellowstone received federal protection from hunting and settlement and has been protected ever since. More importantly, it set a precedent for the protection of future national parks.

Moran went on to paint other natural wonders, including the Grand Canyon in Arizona, but will always be remembered for his work in Yellowstone. He became known as Thomas “Yellowstone” Moran after the Hayden expedition and he often returned to Yellowstone later in his life. His masterpiece “The Grand Canyon of the Yellowstone” still hangs in Washington, D. C., a lasting tribute to Moran’s influence on national park legislation.

Since 1872, Yellowstone’s natural beauty has become a symbol of something much larger: American identity. Since no one person owns it, it has the unique capacity to represent the whole nation. As scholar Gregory Clark states, Yellowstone is a place where “all of us [can] be equally at home because it [is] a place where none of us [can] live” (Clark 70). Americans who travel to Yellowstone share a common experience of awe and wonder and are thus more connected to the American nation and their fellow Americans. In short, Yellowstone is central to American identity. Its establishment and protection ensures  a unified American ideal that is accessible to all of us.