This state dining room, in conjunction with the parlor next door, acted as the formal entertaining space of the home. The skills of the enslaved domestic laborers made this room function smoothly as the Calhouns hosted numerous guests and prominent politicians. The banquet table in the center of the room seats twelve, and both the table and chairs were designed by Duncan Phyfe around 1820. The table comes to Fort Hill from the Calhouns' time living year-round in Washington, D.C. during John C. Calhoun's tenure as Secretary of War. The table is set with a replica of the Jackson-era White House china and features many original pieces of Calhoun silver. On the wall to the left of the entrance sits the Constitution Side Board. This piece is made from paneling of the Officer's Quarters of the U.S.S. Constitution, also called Old Iron Sides, which was built for the U.S. Navy during the War of 1812. This room also features a number of family portraits, two of John C. Calhoun on the walls to the left of the entrance, Floride Calhoun on the wall next to her daughter, Anna Maria's portrait. Above the hearth sits Floride Calhoun's wedding portrait, and finally, Thomas Green Clemson sits on the wall closest to the entrance. 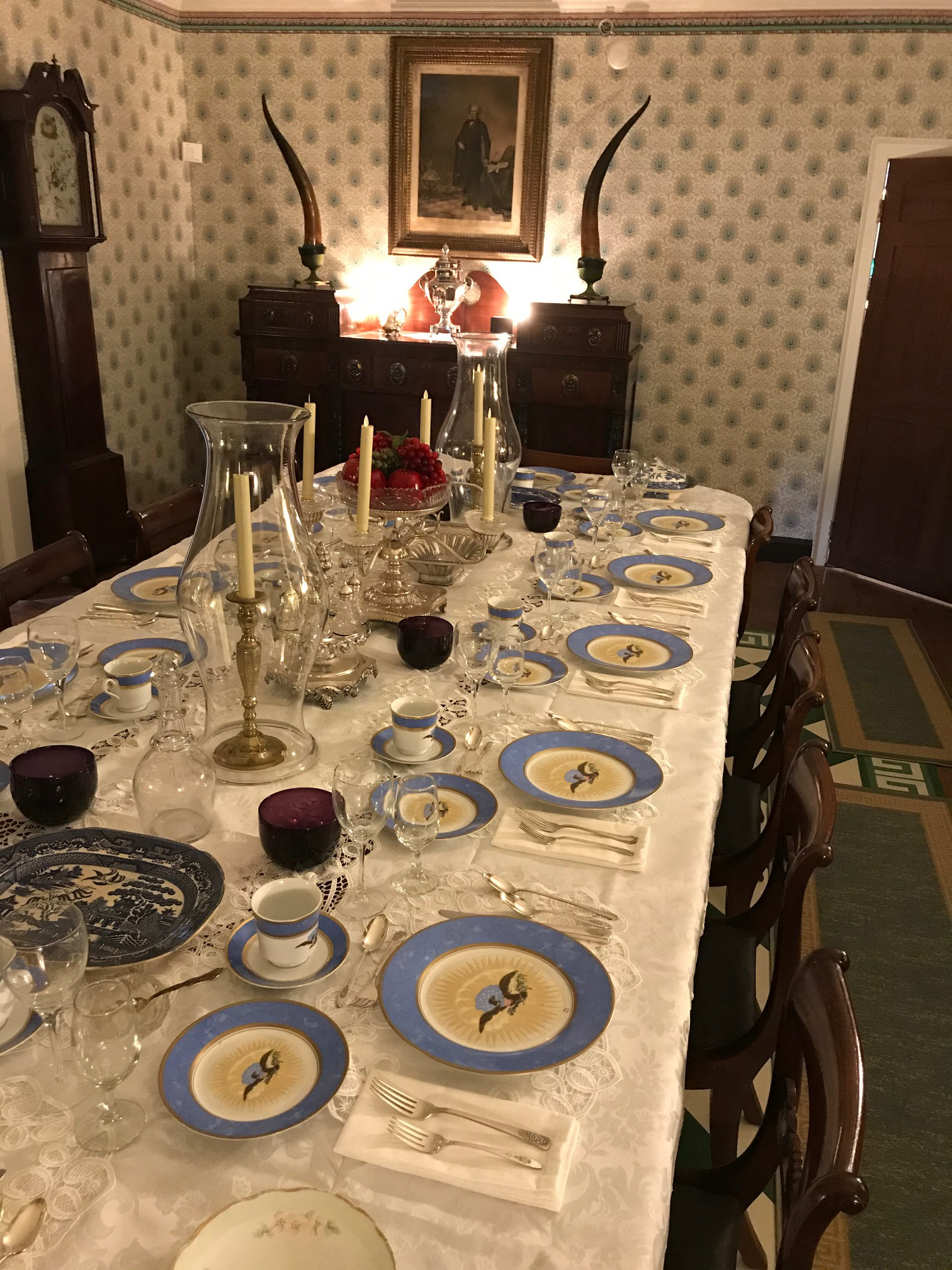 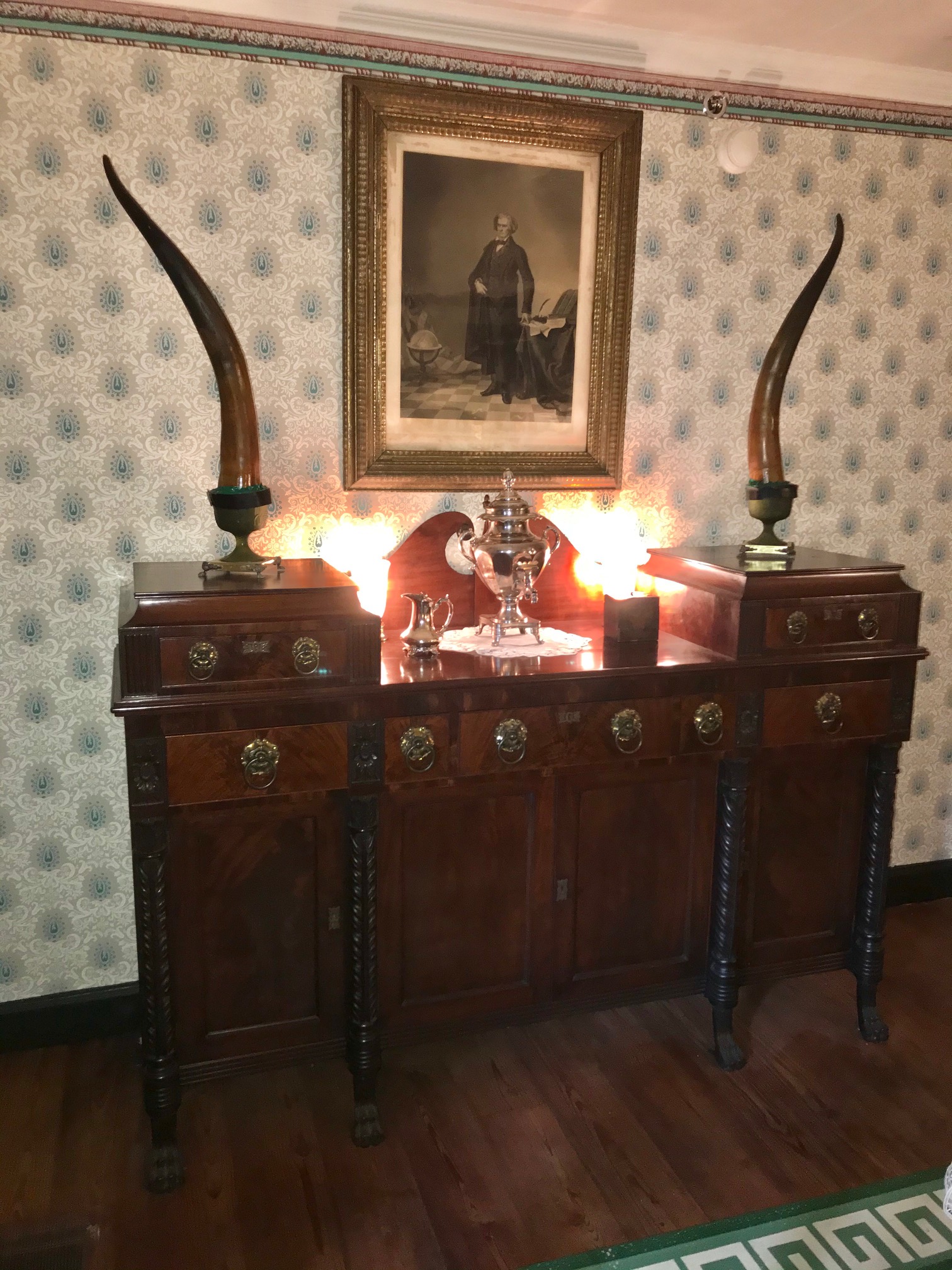 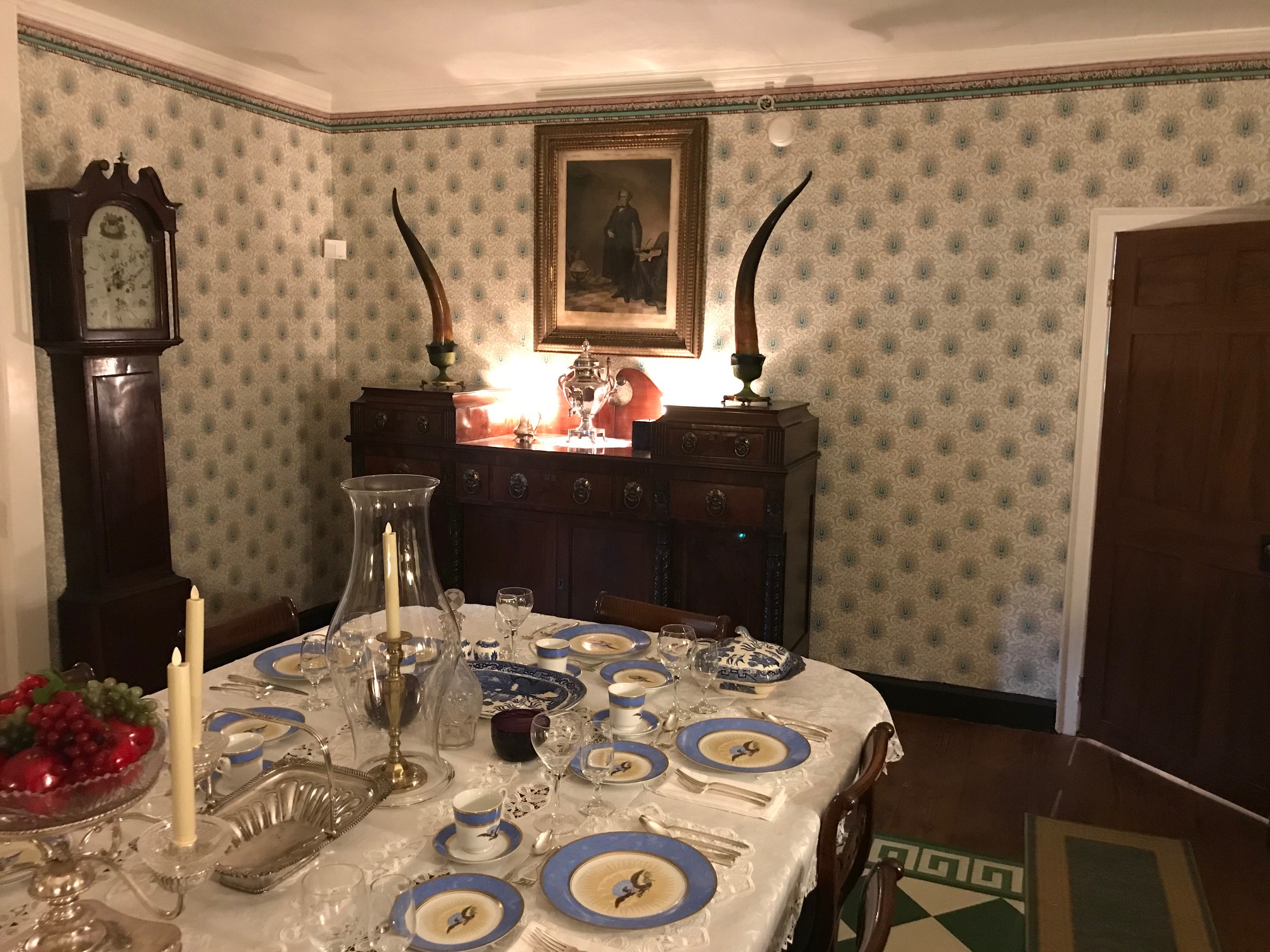 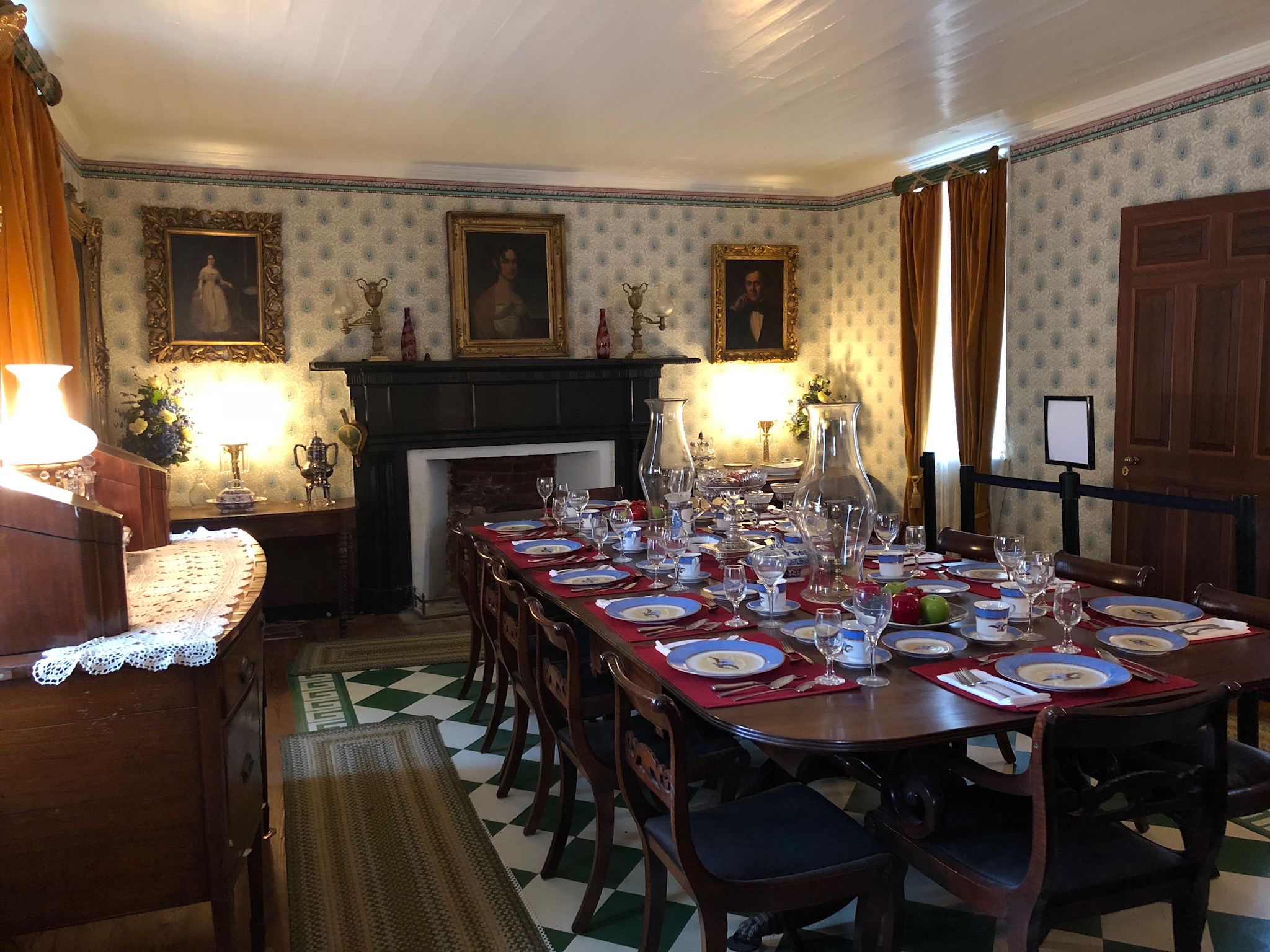 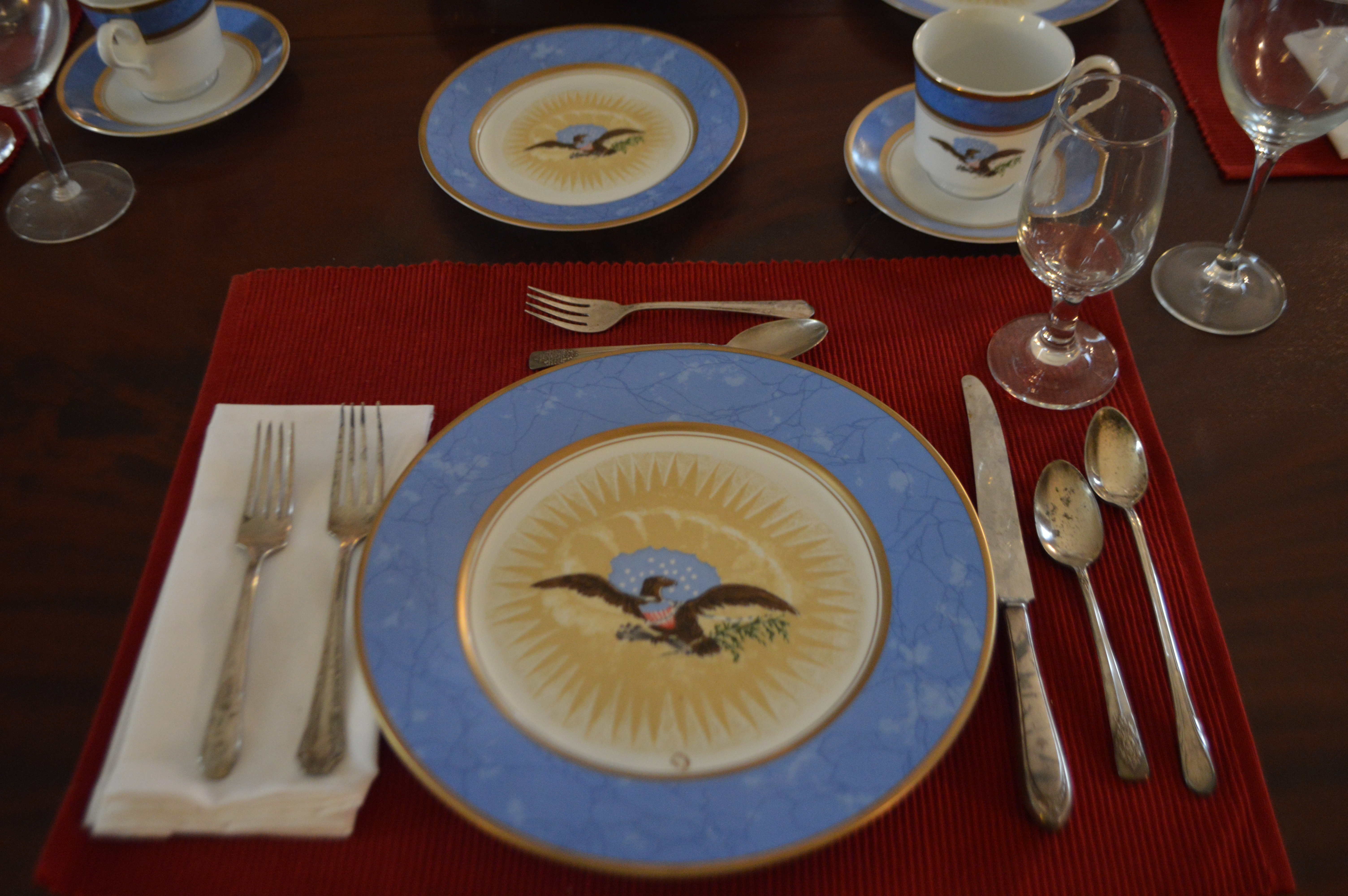 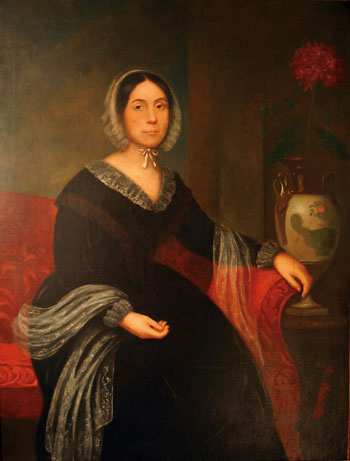 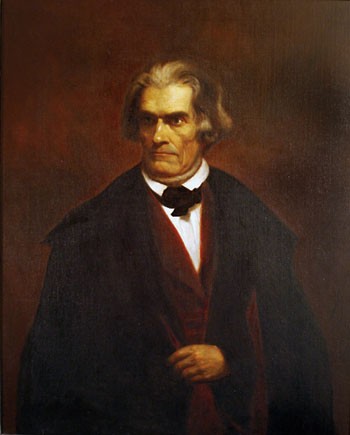 Thomas Green Clemson, when he left Fort Hill and its land to the state of South Carolina, ensured that Fort Hill would be preserved and operated by Clemson University. Many of the artifacts found throughout Fort Hill belonged to the Calhoun-Clemson family and many of the family portraits have returned. During the Calhoun family's residency, a portrait of Floride Bonneau Colhoun, John C. Calhoun's mother-in-law, was on display in this room. A copy is placed on the table to the left of the fireplace today.

The Constitution Sideboard was presented to John C. Calhoun, likely after his wartime service as Interim Secretary of Navy and Secretary of War. After Thomas Green Clemson's death, his only grandchild, Floride Isabella Lee, chose this piece as her keepsake from Fort Hill's estate. She would later give it to a Calhoun cousin, whose widow put it up for auction after the Great Depression.