The Connecticut Library in June of 2017, Photo by The State Library 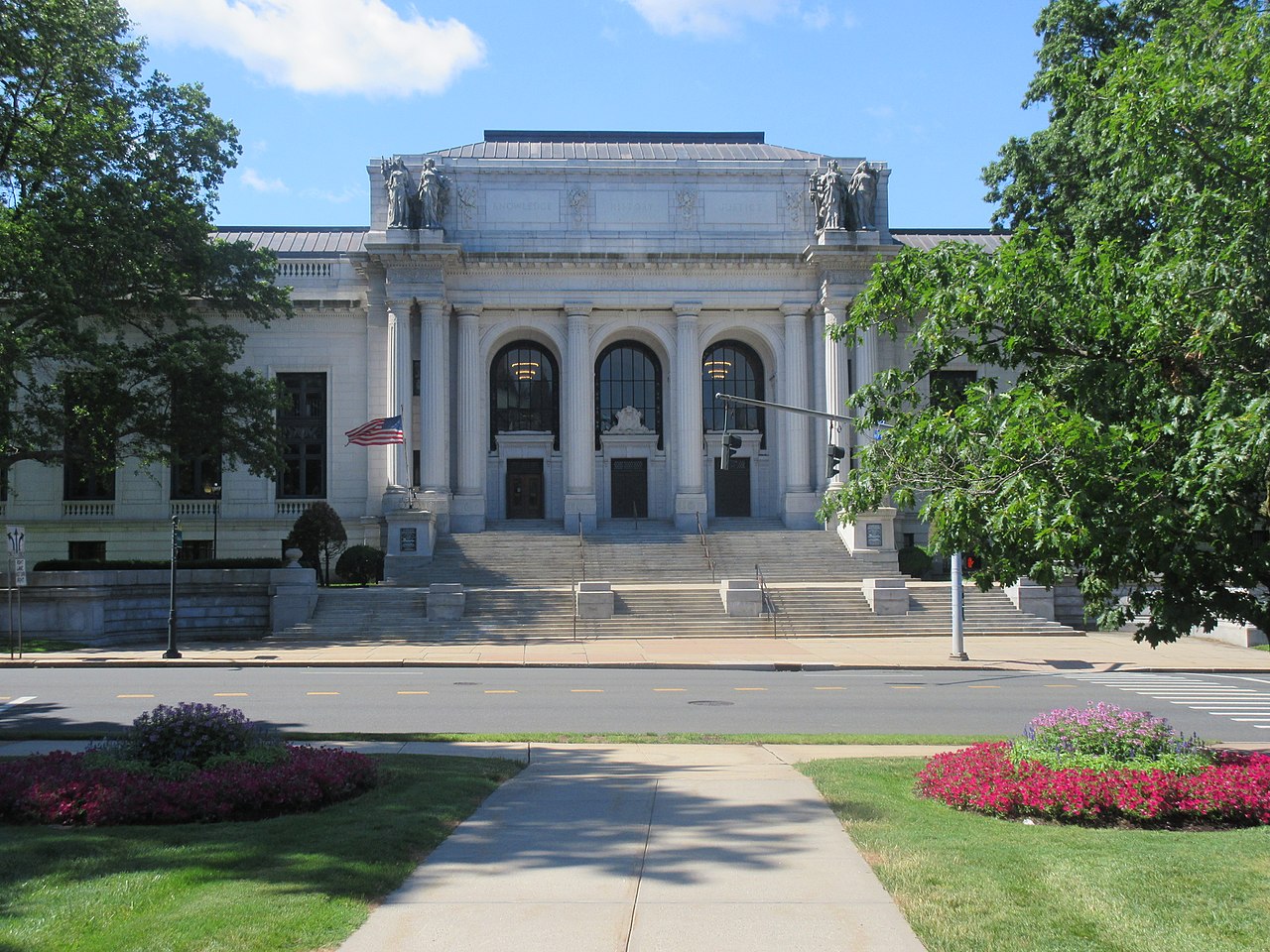 The Connecticut State Library and Supreme Court Building was designed by Donn Barber, a New York architect of the firm Carrere and Hastings. Barber was introduced to the needs of the State Government of Connecticut by his colleague at Carrere and Hastings, Edward T. Hapgood.  While Hapgood is credited on the designs of the Library, documentation following the initial design submissions seems to indicate that the library was a project entirely undertaken by Barber. All of Barber’s work, including the library, features a style distinctly tied to Beaux-Arts of Paris, the world-renowned architecture college Barber attended before working with Carrere and Hastings.

Barber’s selection as architect for the Library came following an extensive vetting of submissions by a State Commission originally organized to make repairs to the State Capitol.  During the inquiry process, the Commission discovered that more space was required for the State Library and Supreme Court, which were, at the time, housed in the Capitol Building.

Led by George Goddard, the State Librarian at the time, the project to create a permanent home for both the Supreme Court of Connecticut and the State Library was begun. In 1906, the commission began analyzing plans submitted by architects, which were refined over the following years. In 1909, the State Legislature passed a decision allowing for the permanent storage of any official documents submitted by officers of the government, government agencies, or qualified citizens.

From Barber and Hapgood’s plans, the project to create the Connecticut State Library began, and under Godard’s guidance, an impressive building was created.  One of Godard’s most celebrated contributions as a leader of the effort can be found in the fireproofing, which was meticulous and thorough. Metal shelving and flame-retardant materials were used throughout the entire structure, resulting in what has been described by the State of Connecticut as a “fortress for books.”

In the design of the building, Barber worked to feature beautiful, austere stylistic elements without sacrificing function. This trait is advanced further in the other buildings he designed in Connecticut and Hartford in particular; his creations grew further from his Beaux-Arts roots as his portfolio grew.

The “Fortress of Books,” which still serves the people of Hartford and Connecticut as a whole to this day, is also valuable in the context of Barber’s other works in the city. Together, they provide a unique look into the evolution of not just a city but of a skilled architect as well.

The combined inclusion of unique European stylistic elements, safety features that were cutting edge at the time, and forward-thinking design decisions makes the Library and Supreme Court Building one of the architectural and functional cornerstones of the city.