Added to the National Register of Historic Places in 1984, the Sarasota Opera House has been in operation since 1926, serving as one of the city's main entertainment venues. It was designed in the Mediterranean Revival style by local architect Roy A. Benjamin and is named after Arthur Britton Edwards, the developer responsible for getting the theater built. He would also serve as mayor from 1914-1915, 1918-1919, and 1920-1921. Reaching a height of 4.5 stories, during the early part of its history the theater hosted silent movies, vaudeville acts, opera, and a number of nationally-known acts such as Will Rogers and Elvis Presley. Today, it is home to Sarasota Opera, which is well regarded around the country. The theater, which was renovated in 2008, also hosts ballet, symphony performances, concerts, and other events.

The Sarasota Opera House was erected in 1926. 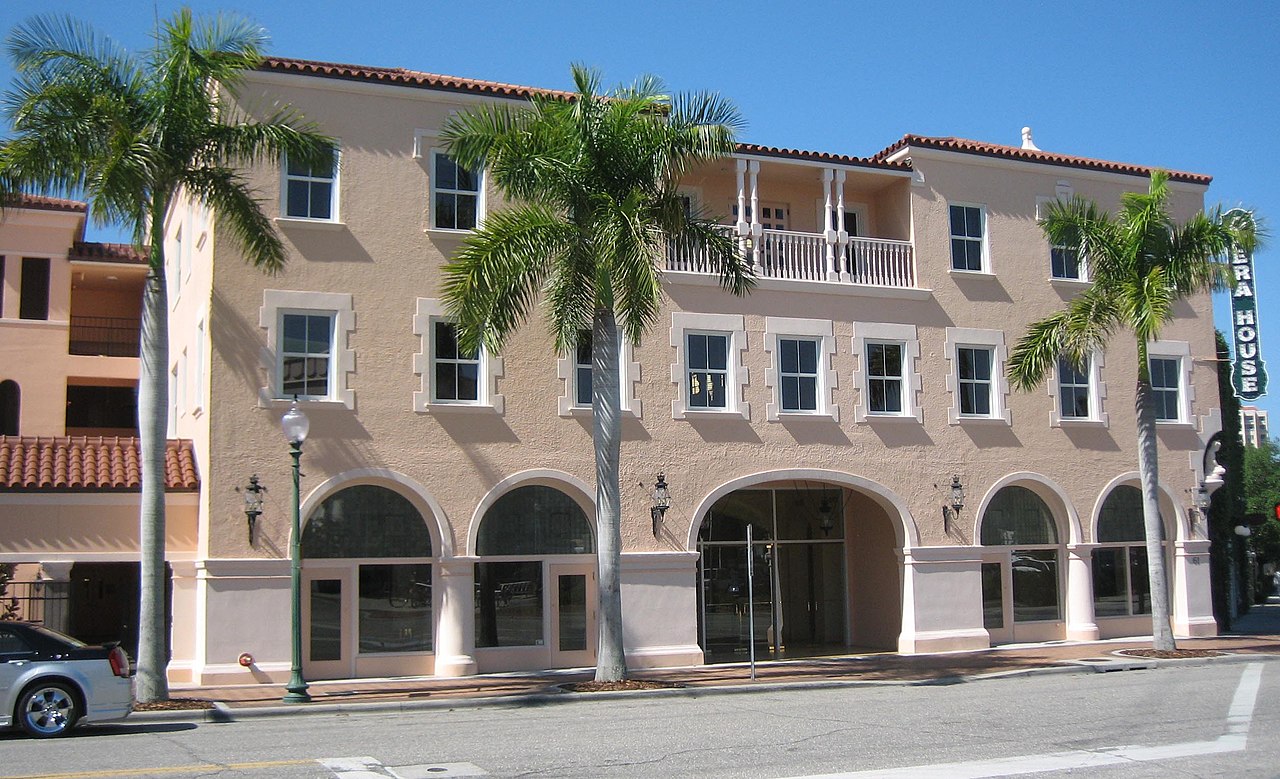