Hartford's grand Municipal Building was completed in 1915. Built in the Beaux Arts style, the building replaced the Old State House as the seat of city government. The building is listed on the National Register of Historic Places, has seen only very minor interior modifications since its construction, and appears almost entirely as it did when it opened in 1915. 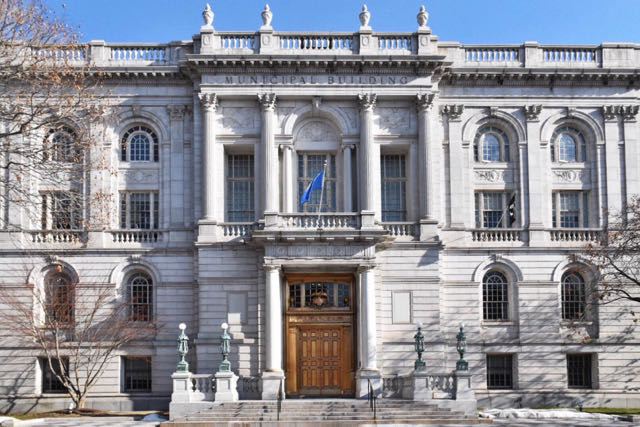 The main entrance to the Municipal Building 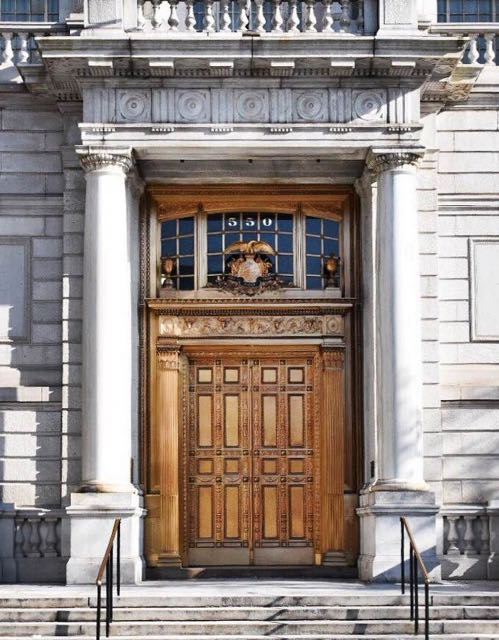 Hartford's Municipal Building was completed in 1915 and replaced the Old State House. Since the older building was referred to as City Hall, the new building was called the Municipal Building. It was designed by architects Brooks & Davis on a lot that was chosen after consideration of several others. Part of the lot was land belonged to J. Pierpont Morgan, a Hartford native, who deeded it to the city, and the remainder was purchased from several other individuals.

Built in the Beaux-Arts style, the building is faced with Bethel white granite and a copper and tile roof. All of the entrances are of bronze. The building is elaborately decorated with Neoclassical adornments, but its most well-known feature is its atrium, which is 25 x 150 feet and rises through all three floors of the building. The atrium is topped with a glass roof that serves as a skylight and features decorative panels detailing the city's history.

Over the years, the building has served a number of functions in addition to that of city hall. In the 1930s, a laboratory was set up in the building to investigate tuberculosis. At the time, the disease killed more teenagers than all other communicable diseases combined. In the 1960s, against the backdrop of the Cold War, the building was designated a fallout shelter, the first in the city.

The Municipal Building was added to the National Register of Historic Places in 1981. Repairs have been made over the years and slight alterations to the building's interior, but it remains largely as it was constructed in 1915.