Set to open in the Spring of 2019 once renovations are complete, the Sarasota Museum of Art will be the city's first contemporary art museum. It is located in the former Sarasota High School building, which was built in 1927 and designed by Tampa Bay architect M. Leo Elliot in the Late Gothic Revival style. It is listed on the National Register of Historic Places. The most striking feature of the building is the 4.5 story tower in the center where the main entrance is located. The high school was erected as part of a county effort to build schools for the growing population. Although it closed in 1996, it remained a prominent landmark which saved it from demolition.

The Sarasota Museum of Art is located in the old Sarasota High School building, which was built in 1927. The museum is the city's first contemporary art museum. 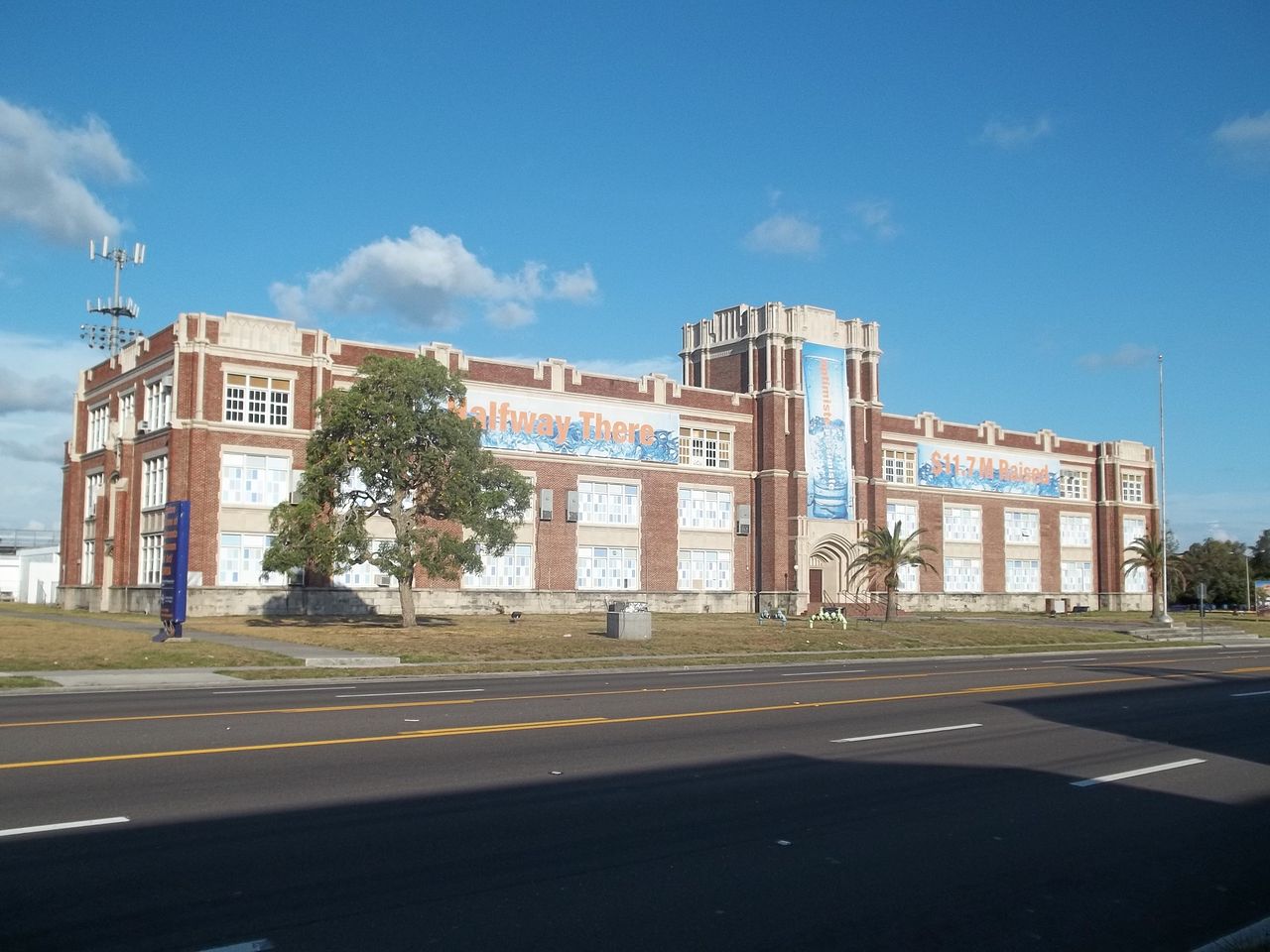 The idea for the museum originated in 2003 when a group of 13 interested individuals formed a group to promote the concept. After two years of discussions with the city and the community, the School Board voted in favor of the museum. It is operated by the Ringling College of Art and Design.

"About the Museum." Ringling College of Art and Design. Accessed October 12, 2018.  https://www.ringling.edu/museum.