In February 1941, Company A of the 116th Regiment, Virginia National Guard, kissed mothers and girlfriends goodbye and filed onto a waiting train at Bedford's depot. By the end of the year, America was at war, and the Bedford Boys were in it for the duration. Nineteen men from Co. A, and another Bedford Boy from Company F, perished on the beaches of Normandy. The loss of 20 young men was the highest per capita loss of any community in the United States. Here in Centertown Plaza, read about the significance of this location with Betty Wilkes, wife to one of the Bedford Boys. 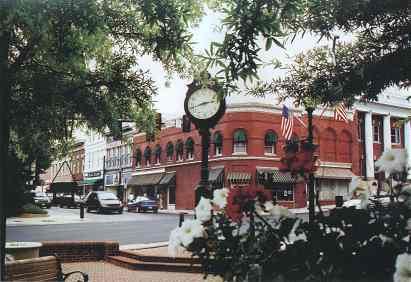