The Warren Tavern in Charlestown, Massachusetts claims to be one of the oldest operating bars in the state similar to several other Boston area establishments in the area including the Bell in Hand Tavern in downtown Boston. The Warren Tavern's claim to fame is the fact that it operates in the same place where a tavern first opened in 1780. The bar closed its doors for several brief times between owners and at one point, the building was home to a bakery for several years before re-opening as a bar. The bar was also closed during the Prohibition era just as all the taverns in the country. Nevertheless, the Warren Tavern continues to re-open as a popular drinking establishment in the very same building where it all began. 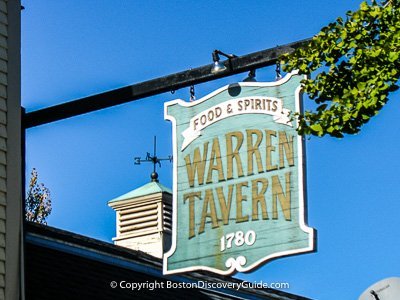 Exterior view of the Warren Tavern 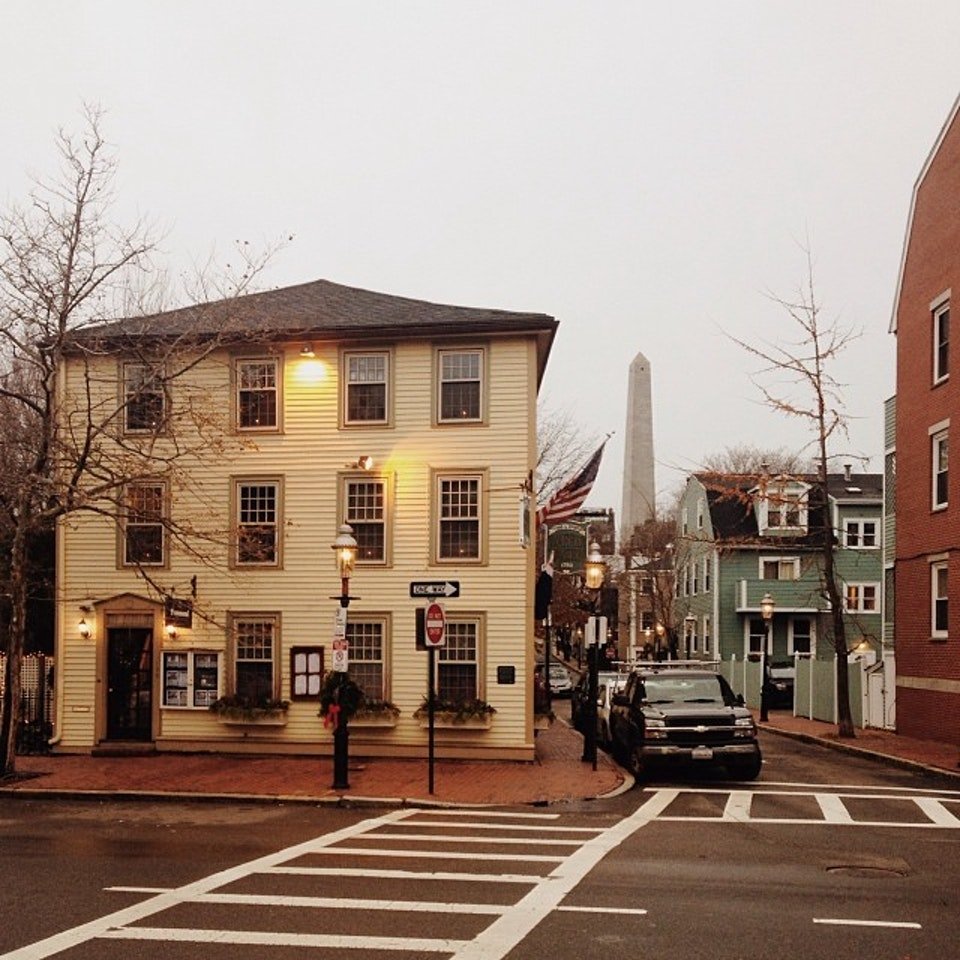 The Warren Tavern is named after Dr. Joseph Warren.  Warren is remembered as one of the bravest fighters of the American Revolution.  He was an educated man who was offered a command position prior to the Battle of Bunker Hill.  Warren refused, noting that he was simply a volunteer who wished to fight in battle.  He lost his life at the Battle of Bunker Hill in June 1775.  A few years later (1780), Captain Eliphelet Newell built a tavern in Charlestown and named if after his good friend and fellow soldier.  The Warren Tavern still serves customers today.  It boasts a record for being the longest running tavern in Boston.

Dr. Joseph Warren was one of the strongest patriots leading the revolutionary cause in Boston.  He was a chief member of the Sons of Liberty and the Boston Committee of Correspondence.  Dr. Warren himself was responsible for sending Paul Revere and William Dawes on their famous rides to warn the colonial militias about the impending British invasion.  He arrived at Bunker Hill and, although he had been offered a position as a commissioned officer, he asked where the heaviest fighting was expected and joined the privates in battle.  A British soldier recognized him as one of the leaders of the patriot cause and shot him directly in the head.  Warren died instantly.  A group of enemy soldiers took further revenge on Warren by stabbing the lifeless body repeatedly until it was barely recognizable.  There were many men killed during the battle but the loss of Dr. Warren was a large blow to the patriots.  According to the New England Historical Society, a military historian named Ethan Rafuse one wrote, “No man, with the possible exception of Samuel Adams, did so much to bring about the rise of a movement powerful enough to lead the people of Massachusetts to revolution.”

The tavern is a typical federal-style structure with a low-beam ceiling and giant fireplace.  During construction, the beams were repurposed from the nearby Charlestown Navy Yard.  Therefore, the beams above the visitors’ heads are even older than the building itself.  It is interesting that the Warren Tavern was the first building constructed in Charlestown after the British burned the town at the Battle of Bunker Hill.  Warren’s good friends visited the tavern often, including Paul Revere. George Washington also stopped there while visiting friends in the area.  The tavern has a strong historical ambience – guests are literally sitting among the same spots where significant figures like Revere and Washington once enjoyed a drink.  It is close to Boston’s Freedom Trail and the historic Bunker Hill site.

Open from 11AM to 1AM, Monday-Friday. On Saturdays and Sundays, it opens at 10AM.