For over a hundred years this property served as a tavern, hotel, and restaurant to not only the citizens of Franklin Township but to many travelers and famous figures. This historic building provided people with a place to gather and converse about printed and oral news. In the early revolutionary period, those who were literate would read newspapers to the illiterate and for as long as the building stood, it served as a meeting place and social ground for the community The building was demolished in 2009 and the former establishment is now home to an empty lot.

This picture was taken in February of 2009 during the start of Chauncey's demolition. Once the stop-work order had been received, this is all that remained standing. 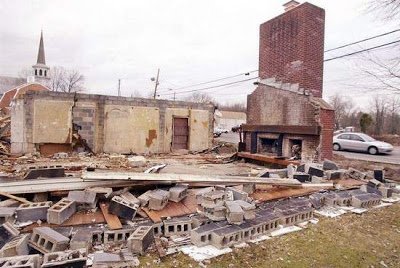 This is an aerial view of all that is left in 2018. If you look closely, towards the road you can see the white door frame is all that remains. 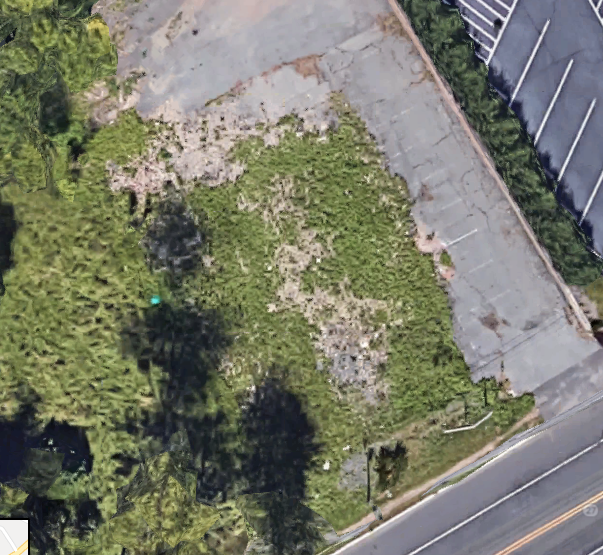 This is one of the few pictures that provided a glimpse of what Chauncey's Pub used to be. 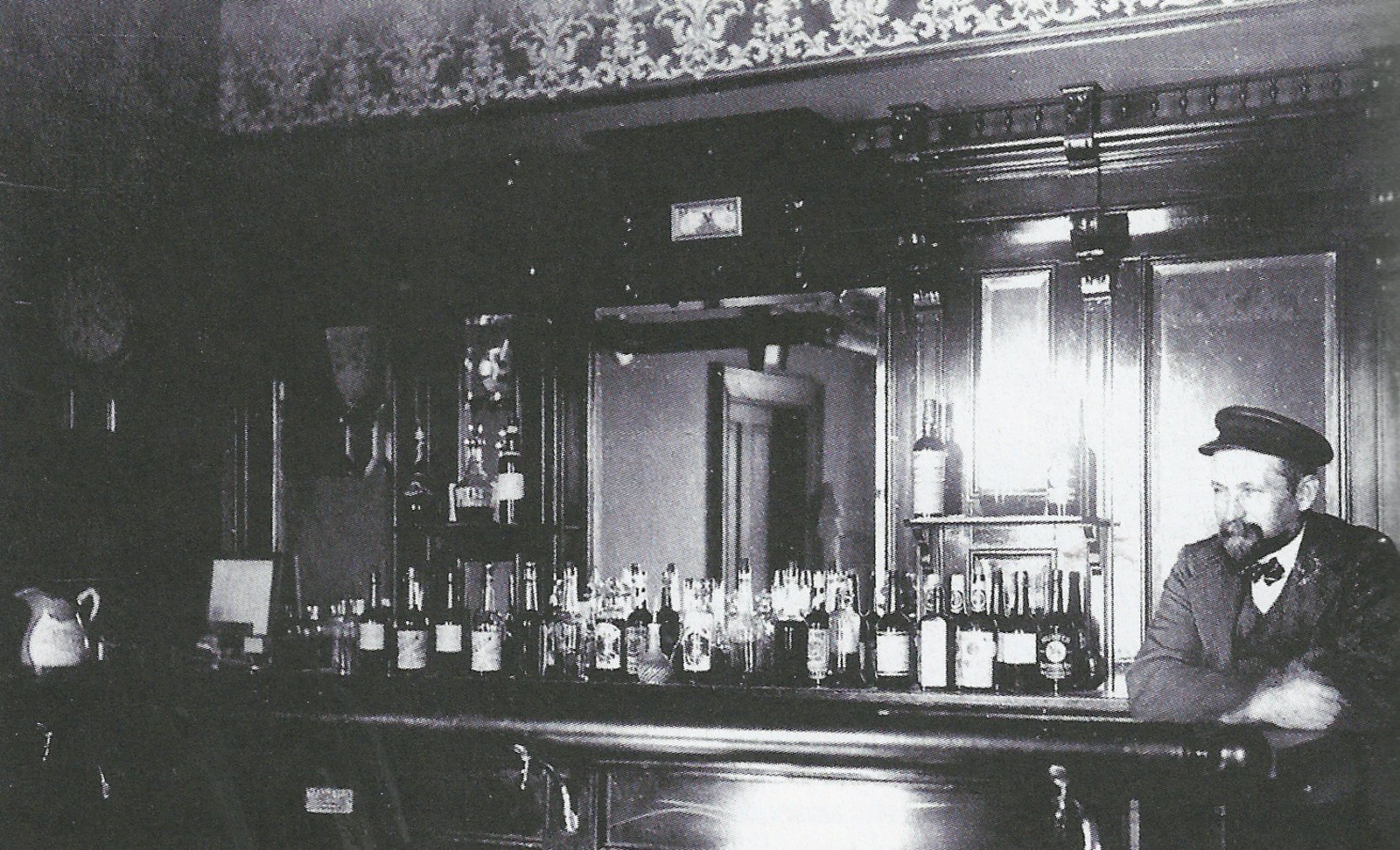 This site was home to Wood’s Tavern in 1745. The tavern changed its name in the 1760s, operating a Woods Tavern and eventually Gifford’s Tavern. During the American Revolution, the tavern was home to many important political discussions and operated as a tavern through the Civil War.

Christopher Columbus Beekman purchased the property after the Civil War with the intent to transform the tavern into a hotel. Beekman created the Franklin House which held twenty-six bedrooms and was open for guests starting in 1874. That hotel remained open for business for fifty-five years until December of 1929 when it was destroyed by fire. The only building on the property that survived the fire was a Dutch barn that belonged to the hotel. The surviving building was then converted into a restaurant called the Franklin Park Inn, but during the 1940s the name was changed to the Franklin Park Grill and then once again renamed to Chauncey’s Pub in 1986. Unfortunately, the owner of Chauncey’s Pub sustained a spider bite and passed away from a blood infection, which eventually led to Chauncey’s closure. In 2009, this historic building was demolished.

On Wednesday, February 11, 2009, the demolition of Chauncey’s Pub took place. Although a majority of the building had already been demolished, the next day February 12th, a construction official received a stop-work order that morning where the Township Manager, Ken Daly, conducted an investigation to gather information on the events that led up to this demolition. It was then found by Daly that the reason for this wrongful demolition started when the building’s owner, Nitin Khandwala, wrote the wrong address on the demolition application.

When the address was submitted, “the zoning official thought he was approving demolition for a different address… that’s why the permit did not go to the historic preservation commission as it was supposed to” reported Daly (1). Khandwala, who was also co-owner of the nearby Liquor King, had hoped to demolish the aging structure to build a series of stores and restaurants. Before the demolition of the building was continued, Daly stated that he wanted to bring in people with historic expertise in order to salvage any remaining beams or posts from the site (1). As of 2018, all that remains of Chauncey’s Pub is a door frame and the former property is an empty lot.