Constructed in 1931, Municipal Stadium was the home of the Cleveland Indians from 1932 to 1993 and the Cleveland Browns from 1946 to 1993. The stadium was demolished in 1996 and replaced by FirstEnergy Stadium. The stadium was either the largest or the second largest Major League stadium for most of its many years of operation, including historic sporting events such as two World Series and four All-Star Games. The ballpark was made possible by a $2.5 million bond that was approved by Cleveland voters in 1928.

Cleveland Stadium was constructed in 1931 and was home to the Cleveland Indians as well as the Browns. 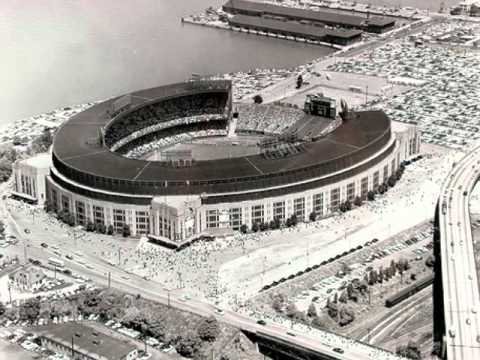 Satchel Paige became the seventh African American and the oldest player in the Major Leagues when he pitched here in 1948. 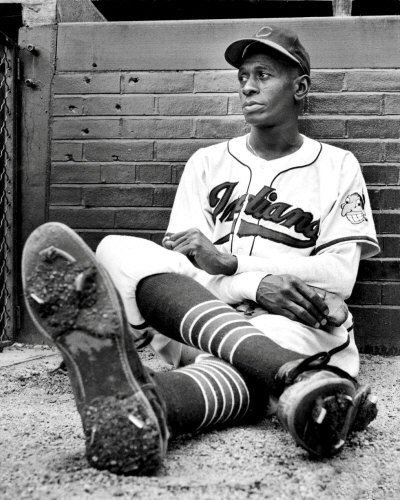 At this stadium on July 9th, 1948, Leroy "Satchel" Paige became the oldest man at that time to make his debut in Major League Baseball when he pitched for the Cleveland Indians against the St. Louis Browns in an 8-5 victory for Cleveland. Paige had signed a contract with Cleveland just a few days earlier for $40,000 for the remainder of the season and became the first African American pitcher in the American League. Paige was well past his prime, but his appearance on the roster brought more fans to witness his skill and unique delivery. At that time, Paige was just the 7th African American to play in the Major Leagues in the modern era.

Leroy Robert "Satchel" Paige, born July 7th 1906, and who died on June 8th, 1982 was an African American pitcher who pitched in both the Negro Leagues as well as the Major Leagues during his career. Satchel Paige was known for his pitching talent, his ability to attract large crowds to the ballparks whenever he pitched, and for his longevity. Paige pitched professionally for 42 years between the Negro Leagues and the Major Leagues.

Paige was born the son of a gardener and domestic worker in Mobile Alabama and developed his pitching skill while attending the Industrial School for Negro Children in Mount Meigs Alabama. Paige got his start in the Negro Leagues in 1926, pitching for the Chattanooga White Sox for $250 a month. Paige's contract was bought by the Birmingham Black Barons at the end of the year where he pitched the next 2 seasons.

Satchel Paige pitched for 10 different Negro League teams from 1926-1947, most famously for the Kansas City Monarchs where by the early 40's, due to Paige's impressive draw at the turnstiles, he collected almost $40,000 a year between salary and his share of gate receipts.

Paige made his Major League Debut for the Cleveland Indians on July 7th, 1948, at the age of 42. Paige got his first MLB victory just 6 days later against Philadelphia. Paige pitched professionally until 1965, ending his MLB career with the Kansas City Athletics. Paige was a Negro League champion in 1942 and a World Series champion in 1948 and was inducted in the Baseball Hall of Fame in 1971.