Located in a historic town in Ohio, the Old Worthington Inn draws interest through its vintage exterior and rich heritage. The inn has maintained much of its original charm even through its two centuries of existence. Although the inn now functions as a restaurant, it used to serve as a place for people to stop and rest and share stories on their various journeys.

Photo of the exterior of the inn, taken by the owner 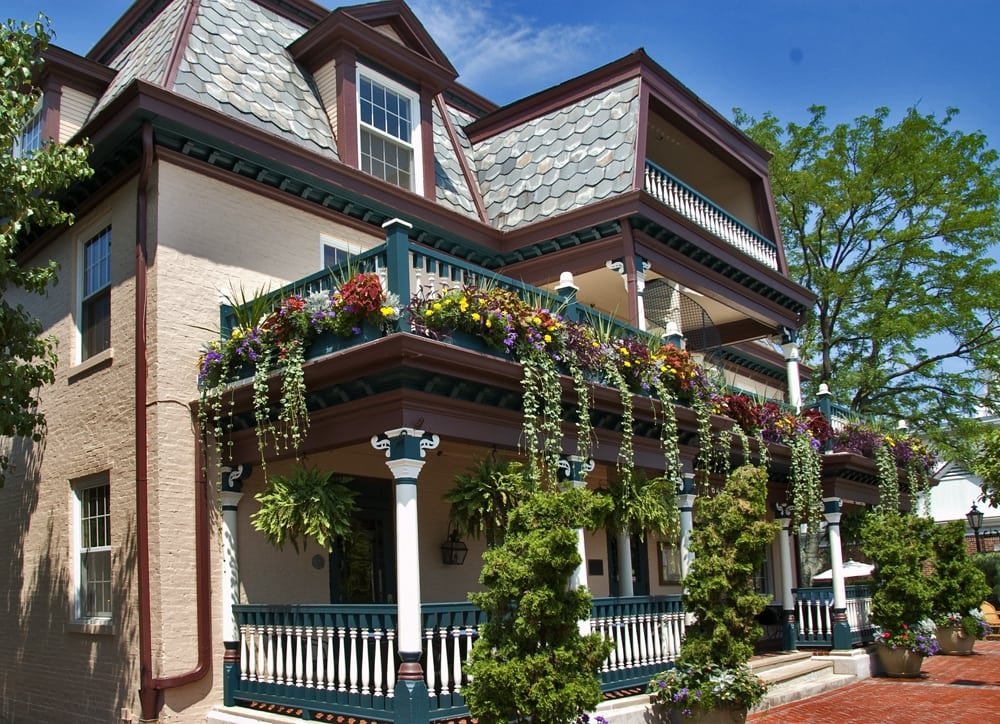 Photo of the inn in the evening during the Christmas season, taken by the owner 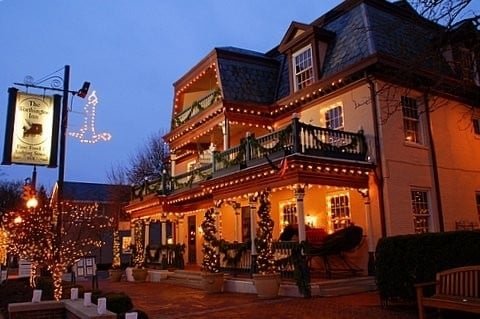 James Kilbourne and Thomas Worthington led a group of families away from their Connecticut homes to form a village in the new state of Ohio in the early 1800s. The village of Worthington, named after one of its founders, grew steadily and acquired multiple religious populations, schools, and other government organizations.

In this town of Worthington, James Kilbourne wanted to provide a home for his daughter Laura and her husband, Renesselear Cowles. With the help of Cowles, Kilborune built them a small home in 1831 that now comprises the oldest part of the Old Worthington Inn. Cowles died around 1840 and his home was purchased by a man of the name Theodore Fuller who decided to expand it. It was then sold to William Bishop, who transformed the house into an inn.

In colonial times, inns and taverns were utilized as they are today, as places to stay and rest. However, in a time of limited communication, they were also much more than that. As people traveled through towns, they would stop in these places of residence and exchange stories. Inns served as hubs for various kinds of important conversations, so news traveled by word of mouth because there were no widespread media outlets. The Old Worthington Inn was located on a vital route to the city of Columbus and therefore probably saw much of this exact activity.

Although Worthington grew a lot within the first decades of its existence, it saw a plateau in population growth through the mid/late 1800s. Therefore, the Old Worthington Inn likely saw fewer new faces during that time period. However, that trend changed when the town added an electric street railway in 1893. These railways operated with streetcars, also called trams, and eliminated the need of horse-drawn transportation. Tramlines urged more foot traffic in Worthington and brought the inn more business.

The inn has undergone some renovations over the years. For example, around the year 1900, a fire burnt down some of the original structure. George Van Loon acquired the inn and renamed it from its title of the Union House to the Central House. His son made the executive decision to add a third floor, a ballroom and create a more Victorian atmosphere. This third story ballroom was the venue of many overnight tally-ho parties, referencing a hunting cry.

Today the inn functions as a place to eat and observe a standing model of history. It is so beloved, that some even say ghosts linger there, playing the piano and clinging to the happy memories made maybe just laughing with friends, or even at an elaborate gala. Whether or not ghosts linger though, the Old Worthington Inn is definitely a place to visit and admire.