The St. Lawrence O’Toole Church is a Catholic Church that you can find in the middle of Ironton, Ohio, a city rich with history. It is one of the oldest churches in Ironton, and was built for Irish settlers of the region. John Campbell, a founder and figure head of early Ironton, provided the land for the site where the church was to be built in 1892. From before 1892 through present day, the history of the church and its many different sites is absorbing.

A wide picture of the whole St. Lawrence O'Toole Church. This photo embodies all of the beautiful elements on and around the church. 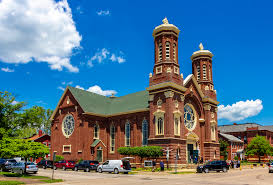 The main entrance to St. Lawrence O'Toole, which above the double doors, resides the prestigious St. Patrick window. 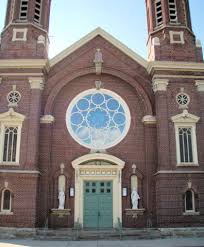 A wonderful view of what the members of the Church get to experience every week. In the back right, you can see a large wood carving that has been added since the opening of the church in 1892. 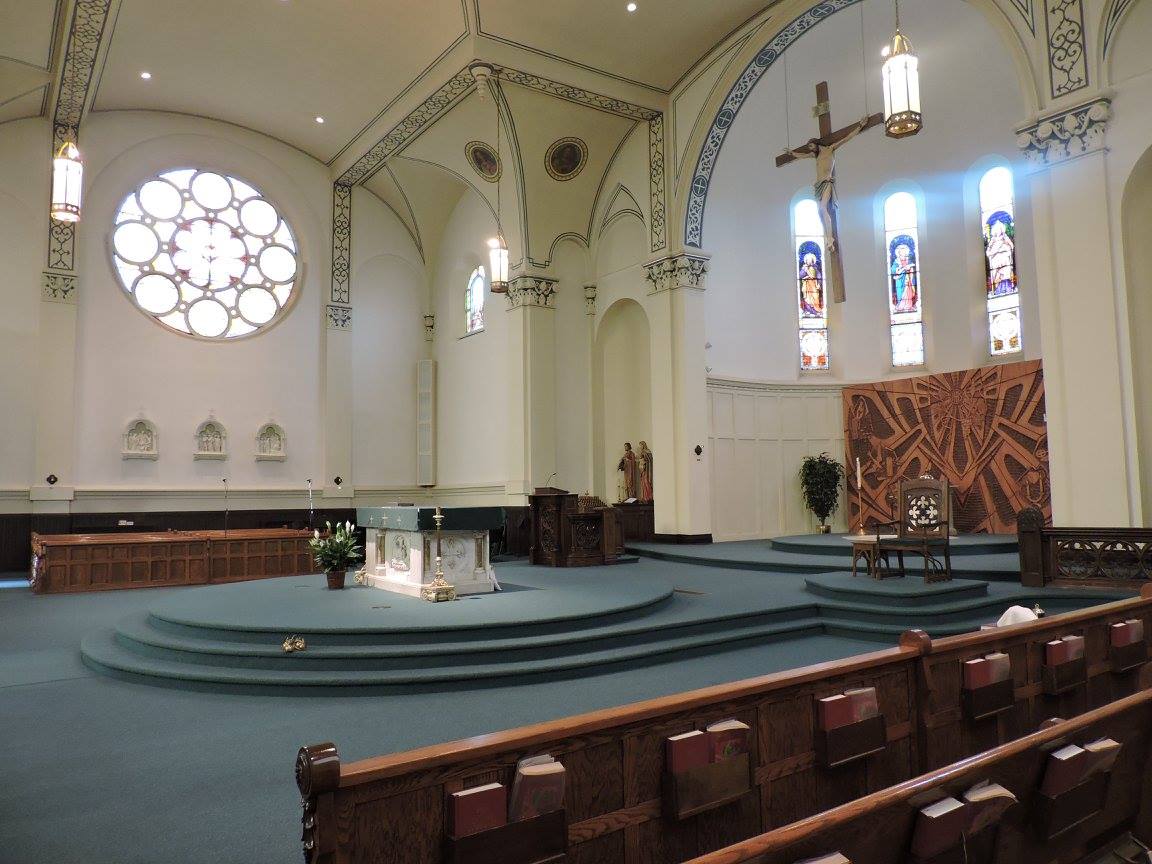 Before you can learn about the construction and the life of the beautiful building on the crossing of 6th and Center Street, you must know the prologue to the location. John Campbell, as mentioned previously, was a founder of Ironton, and didn’t move to the area in 1832. Once relocated to the Southern Ohio area, he was known largely to make his money off of the fourteen furnaces he worked at in the region. In 1849, he became the president of the Ohio Iron and Coal Company. His Ohio Iron and Coal Company would go on to provide the land for the O’Toole Church to be constructed on. Two years after becoming the president, Campbell also created the Iron Bank of Ironton.

The church already had a location for 40 years, one street over on 7th street. But when the land was given for the new location, construction started in 1887. The foundation was laid and estimated a cost of around $5,000. Over five years and $35,000 later, the church was finally opened in 1892 with an occupancy of over 950. The architecture of the structure inside and out is magnificent. It is a Gothic Romanesque style building, and has large, beautiful towers. These monstrous towers stand at 118 feet tall. On the inside, all throughout the church are stained glass windows that uses natural light to ornament the interior.

Since the birth of the building, it has been remodeled several times and the church has experienced a couple different pastors, with Fr. Richard Gilmour being the first in 1852 and the head of construction, Fr. Cotter, who also headed remodeling in 1918 and 1946. The Church is vastly known for their St. Patrick window, which is located overhead the main entry. An attempt in 2011 was made to restore the beautiful window thanks to a donation made to the church. To this day, the church remains standing and serves many from the area as a sanctuary.