Established in 1999, this monument honors the Chinese workers who helped construct the Central Pacific railroad. It can be viewed in Colfax California. Cape Horn represents one of the most important railroad construction acts leading to the completion of the first continental railroad. This construction took over a year and ended in the death of over 300 Chinese workers. 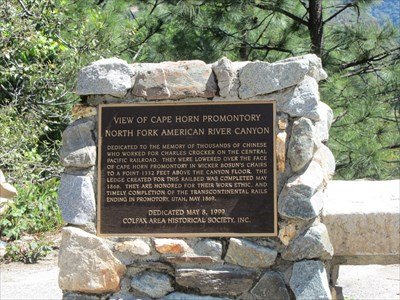 This is a picture of the railroad present day. 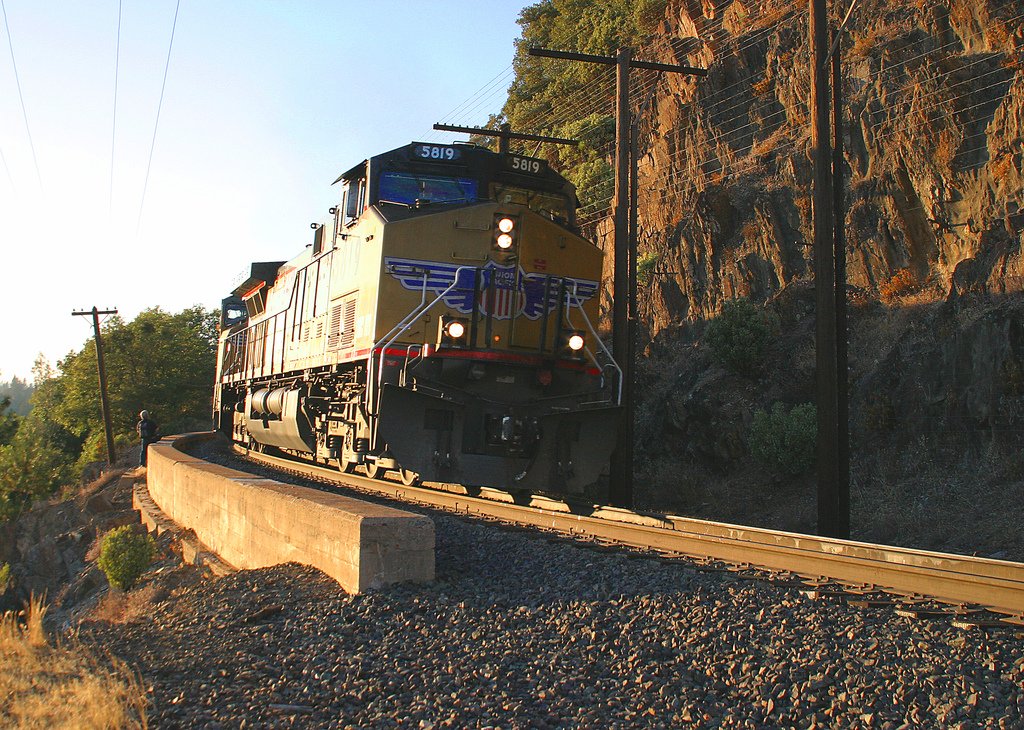 The Cape Horn Promontory Monument was built to honor of the Chinese and their work ethic. They are praised for their timely completion of the transcontinental railroad ending in Promontory Utah. Cape Horn represents one the the major railroad construction feats leading to the completion of the first Transcontinental Railroad and the ¨Golden Spike ¨ in Promontory Utah on May 10, 1869. The monument was created in 1999 in Colfax California. It can be viewed on  Highway 174, about half a mile North from Colfax at the Red Frog Bar. For a better view, hikers can travel off Stevens Trail. This offers a more in depth view of the monument.

In September 1865, the central Pacific Railroad had extended east from Sacramento. This later became known as Colfax. Colfax had become a popular area for construction uphill. Beyond Colfax, in August of 1865, construction began at Cape Horn. The construction took over a year and more than 300 Chinese workers fell to their deaths in the process.

The plaque was dedicated in 1999. It incorrectly states that the Chinese workers helped construct the railroad from woven chairs (known as Bosun´s Chairs) covered over a cliffside. Historian Edson T. Strobridge disputes the myth that Chinese workers were laboring from wicker baskets from a steep cliff. Stonebridge argues that the first stories of the Bosun chairs did not appear until 60 years after the construction of the railroad.