A sign welcoming people to this small West Virginia town declares that they have arrived in the "basketball capital of the United States." The sign is a reference to the local high school's record that included thirteen state championships in a span of twenty-five years. The sign also lists eight years in a row when their high school won the state championship, a record that has not been matched. However, Northfork High School was closed following the 1985 school year with a consolidation move that sent local children to the former rival school in Welch. This decision mirrored the fact that the population of McDowell County has declined by over eight percent in the wake of coal's decline. This southern West Virginia town was once the home of many coal mining families and businesses as evidenced by the many empty buildings.

This image shows the historic gymnasium of the Northfork High School Blue Demons after the destruction of the floods. 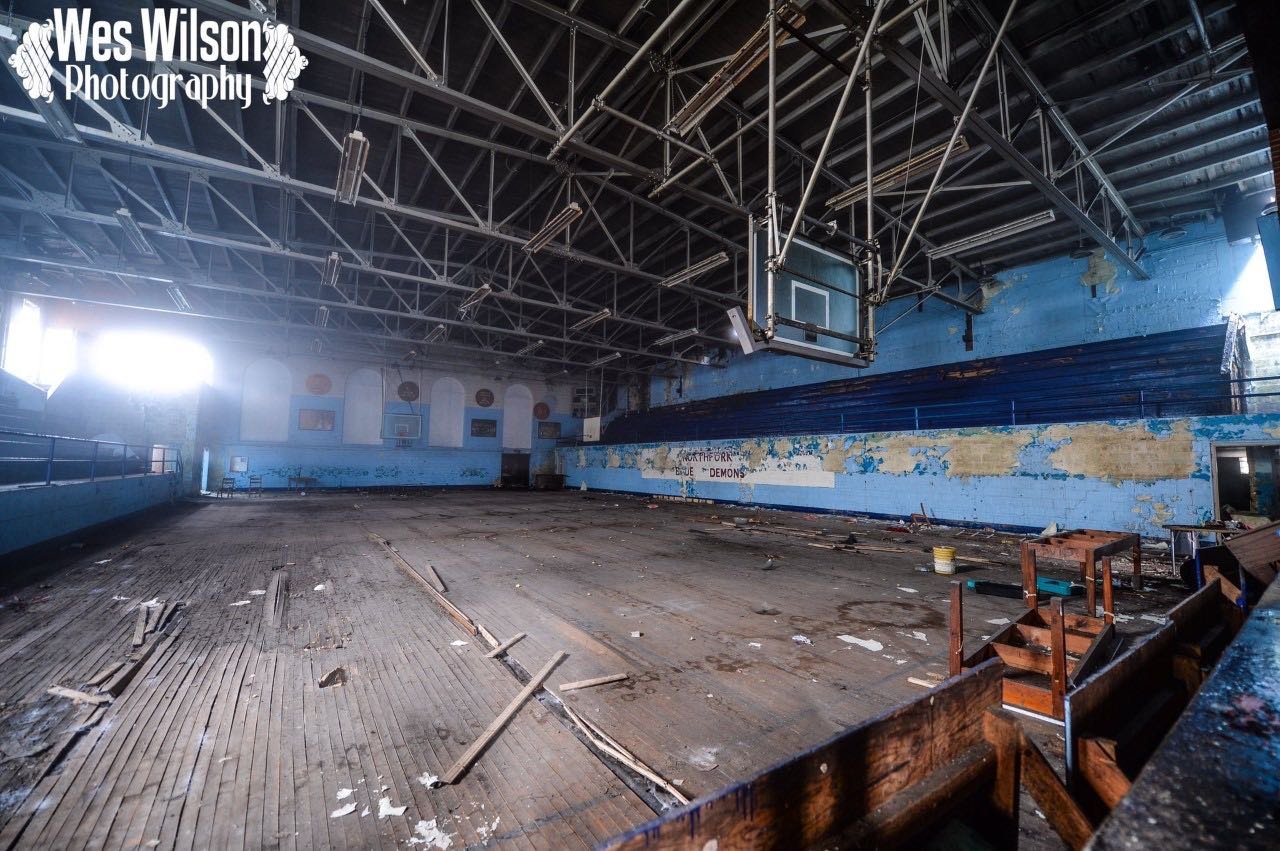 A recent photo of the office door of the well respected coach Jennings Boyd. 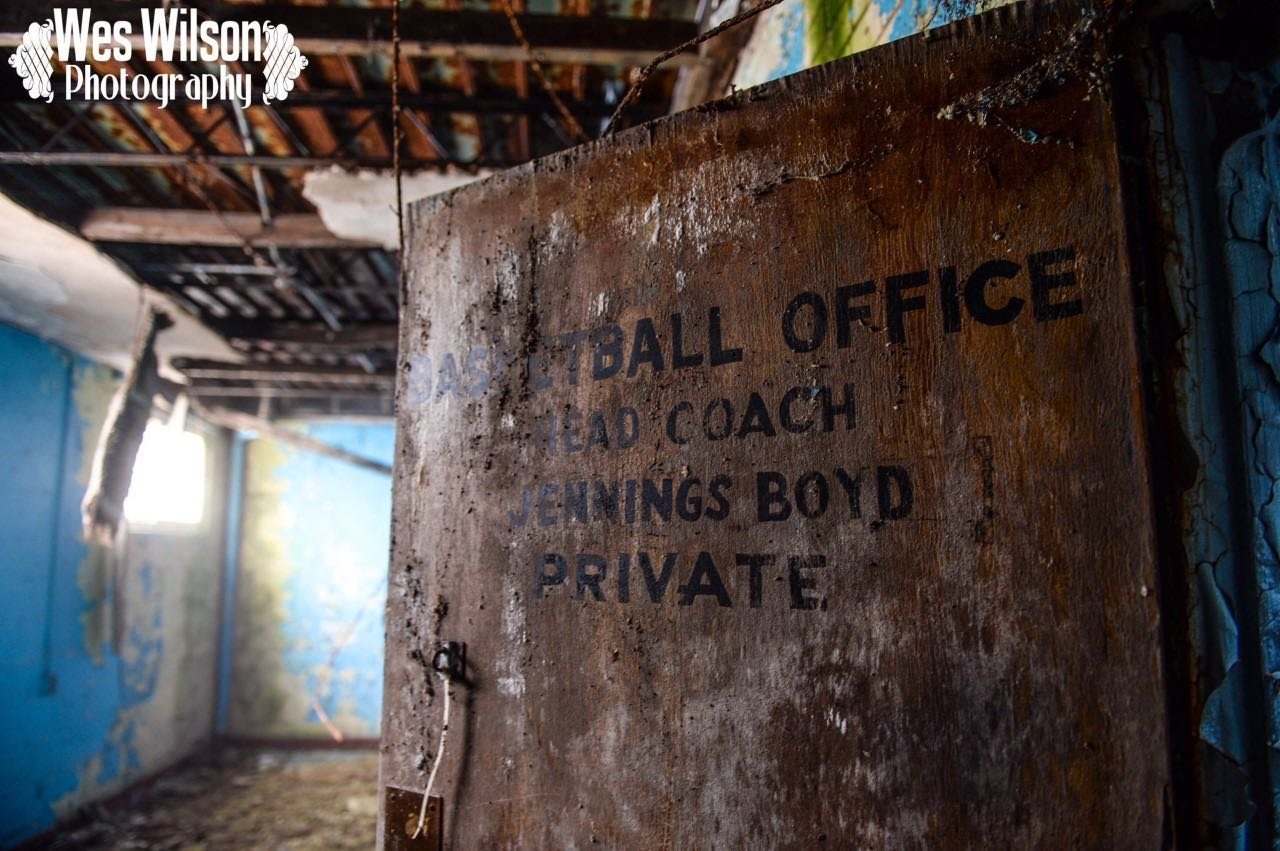 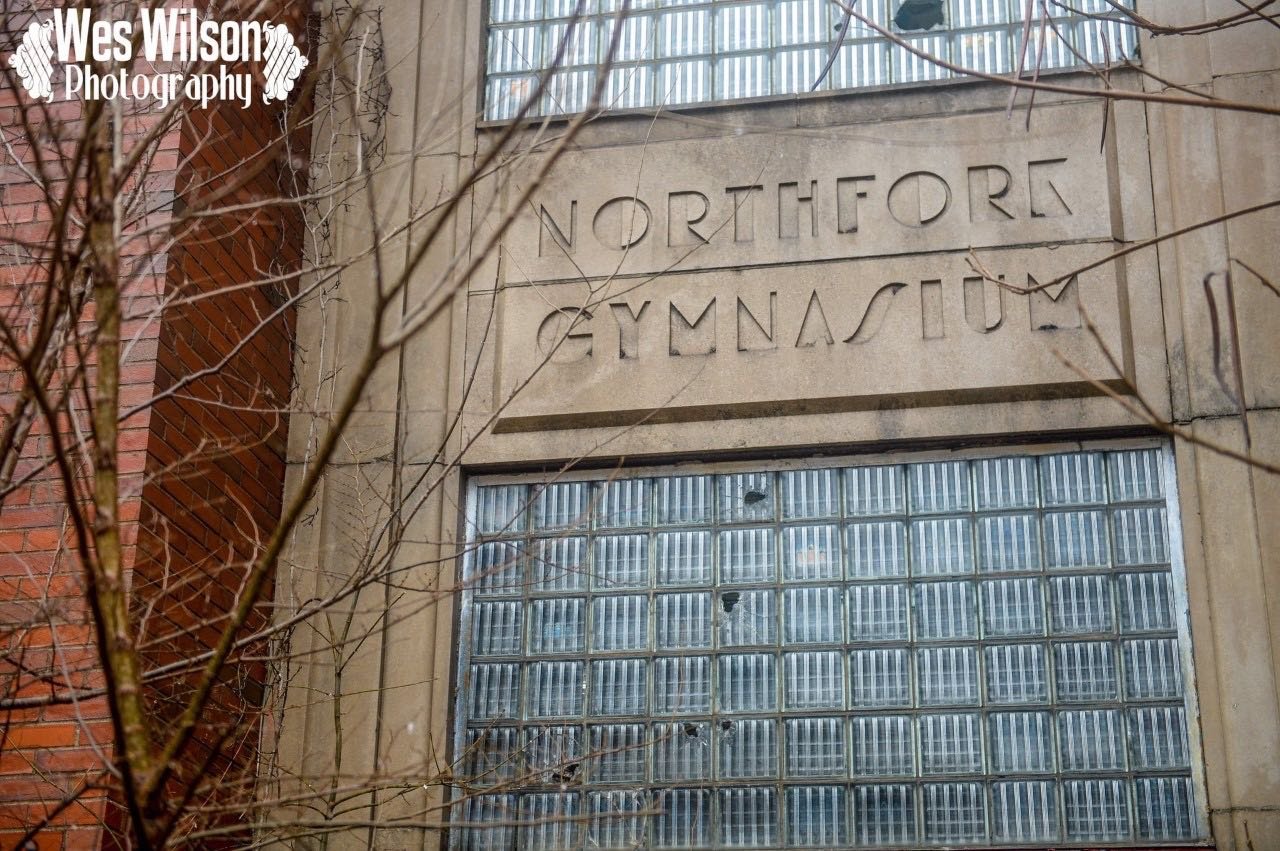 A sign that still stands in the town of Northfork acknowledging it as the "basketball capital of the United States." 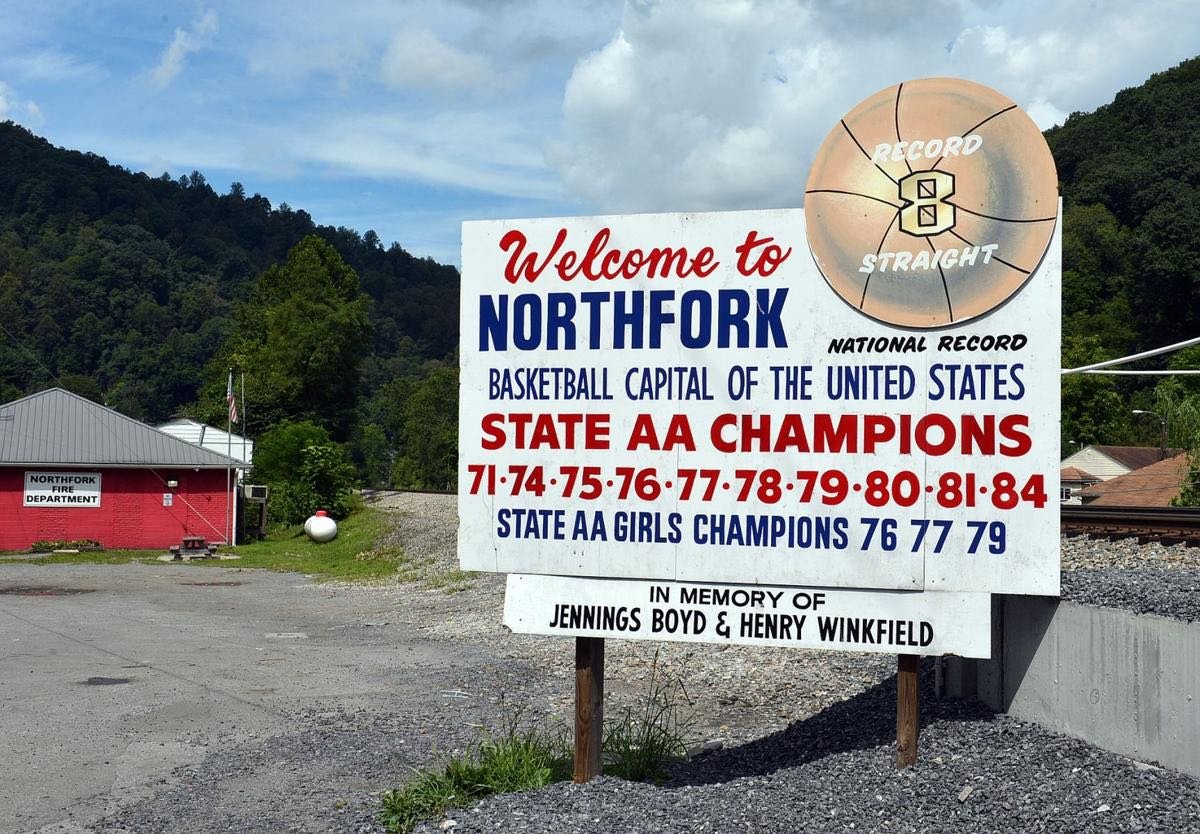 Established in 1901, Northfork is located between Welch and Bluefield and its name is a reference to the northern part of a junction across Elkhorn Creek. In the 1950’s, this area of West Virginia was booming with numerous coal mining families. The population was more diverse than most in the region, with twenty-four percent of residents being African American population, Northfork High School was among one of the schools at the time that saw some white families resist the state school superintendent's order for school integration.

During the 1970’s and 1980’s the town of Northfork suffered from a slow decline in the coal mining industry which made the success of the Northfork High School “Blue Demons” men’s basketball team even more important to the members ofthe community. The team’s streak of eight consecutive state championship victories set a national record for a school of this size between 1974 and 1981. The team’s success was largely the result of coach Jennings Boyd.

At the end of his coaching run with the Blue Demons, Jennings had a home record of 102-5. A gymnasium nicknamed the “Demon Den” which was built to hold around 900 fans and often exceeded this number during home games. After the historic streak, the Blue Demons went on to win only one more state championship in 1984 before the school was consolidated with two other nearby schools to create Mount View High School. This building became Northfork Middle School and was open from 1985-2002. Floods in 2001 and 2002, along with asbestos, led to the closure of the school.