This gallery and art library is named in honor of Jacob Lawrence, an artist and professor who taught at the University of Washington from 1970 to 1985 and continued to guide the department after his retirement until his death in 2000. Through this gallery, which offers exhibitions throughout the academic year, is dedicated as a legacy to this inspirational faculty member. Lawrence explained his effort to use art to express meaningful aspects of humanity, acknowledging that his pieces may "not express the conventionally beautiful," but "always (reflected his) effort to express the universal beauty of man's continuous struggle to lift his social position and to add dimension to his spiritual being"

Jacob Lawrence was an artist at UW and the gallery named in his honor can be found in room 132 of the UW Art Building. 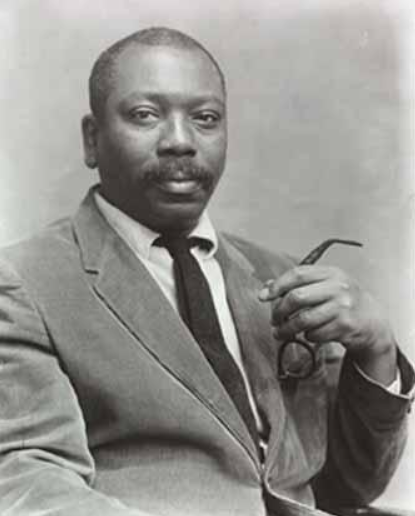 This work by Jacob Lawrence as part of his Migration Series 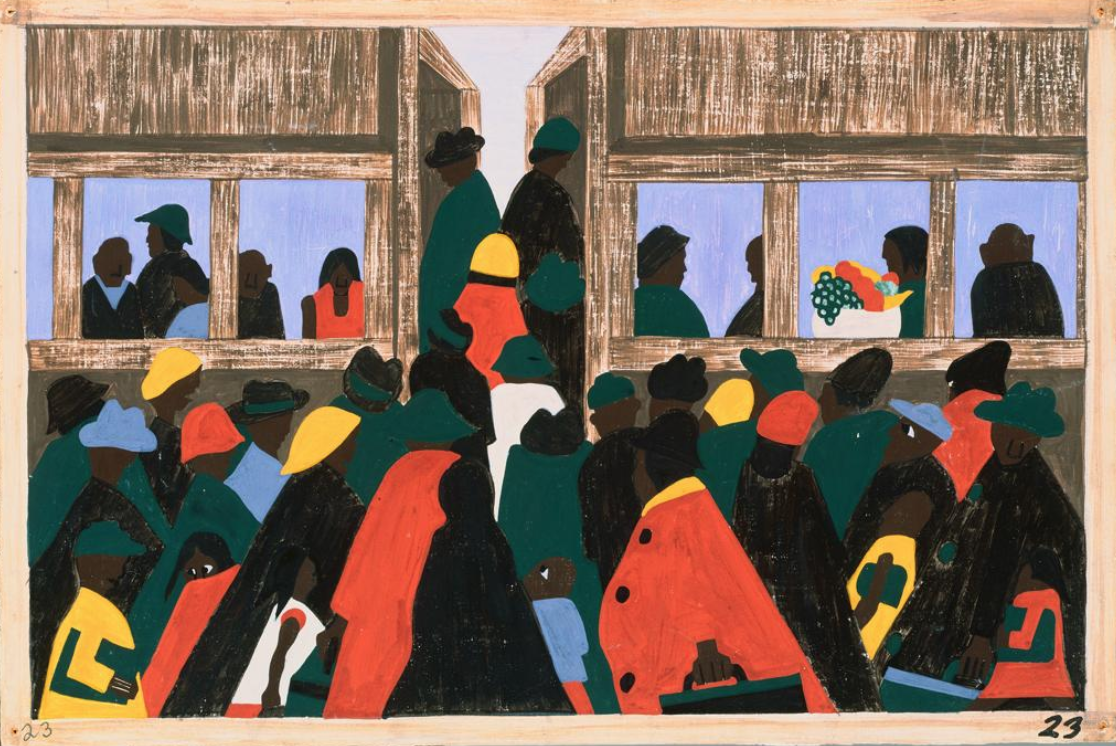 Jacob's parents were from the South, and like many other African Americans, they moved north during World War I in search of better employment opportunities. Jacob Lawrence was born in 1917 in Atlantic City, New Jersey.  Lawrence moved with his a family a few times when he was younger and then his parents divorced and he and his sisters spent several years in foster homes. In 1930, at the age of 13, he went to live with his mother in Harlem.  Living in Harlem in the midst of the artistic movement known as the Harlem Renaissance had a profound effect on the young man after his mother enrolled him in an afterschool art program when he was in his early teens. Although he left high school at the age of 16, Lawrence attended the Harlem Art Workshop and frequented museums in his area.

Jacob Lawrence won a scholarship in 1937 that afforded him the opportunity to attend the American Artist School in New York. In 1941, Lawrence married artist Gwendolyn Knight who helped him compose captions for his series and was said to be one of his toughest critics. In this same year, the work that would become his most famous series depicting African American migration was completed. He was only 24 years old at the time and after his work was exhibited at Edith Halpert's Downtown Gallery, his fame grew locally as he was the first African American to have his work exhibited at that gallery.

During World War II, Lawrence worked as an artist within the Coast Guard. Known as a "war artist," he painted nearly 50 works which have all been lost to history. After the war ended, he painted his War Series which were successful and aided his career as a working artist.

In the 1970s Lawrence began teaching at the University of Washington where he worked and taught until 1985. After leaving the active faculty, he continued his affiliation with the university as Professor Emeritus and continued to paint and create art. Lawrence continued to paint until a few short weeks before his death on June 9th, 2000.