Dedicated in 1922 and known as Saunders Hall until 2015, this University of North Carolina at Chapel Hill building was named in honor of William L. Saunders. Owing to Saunders' support of violence against African Americans as the leader of the Ku Klux Klan in North Carolina following the Civil War, students, faculty, and some alumni petitioned to change the name of this building. Other alumni reacted in opposition to this movement, partly owing to their perception that the building was only being renamed as a result of Saunders' service in the Confederate Army. On May 28, 2015, Saunders Hall was renamed Carolina Hall. 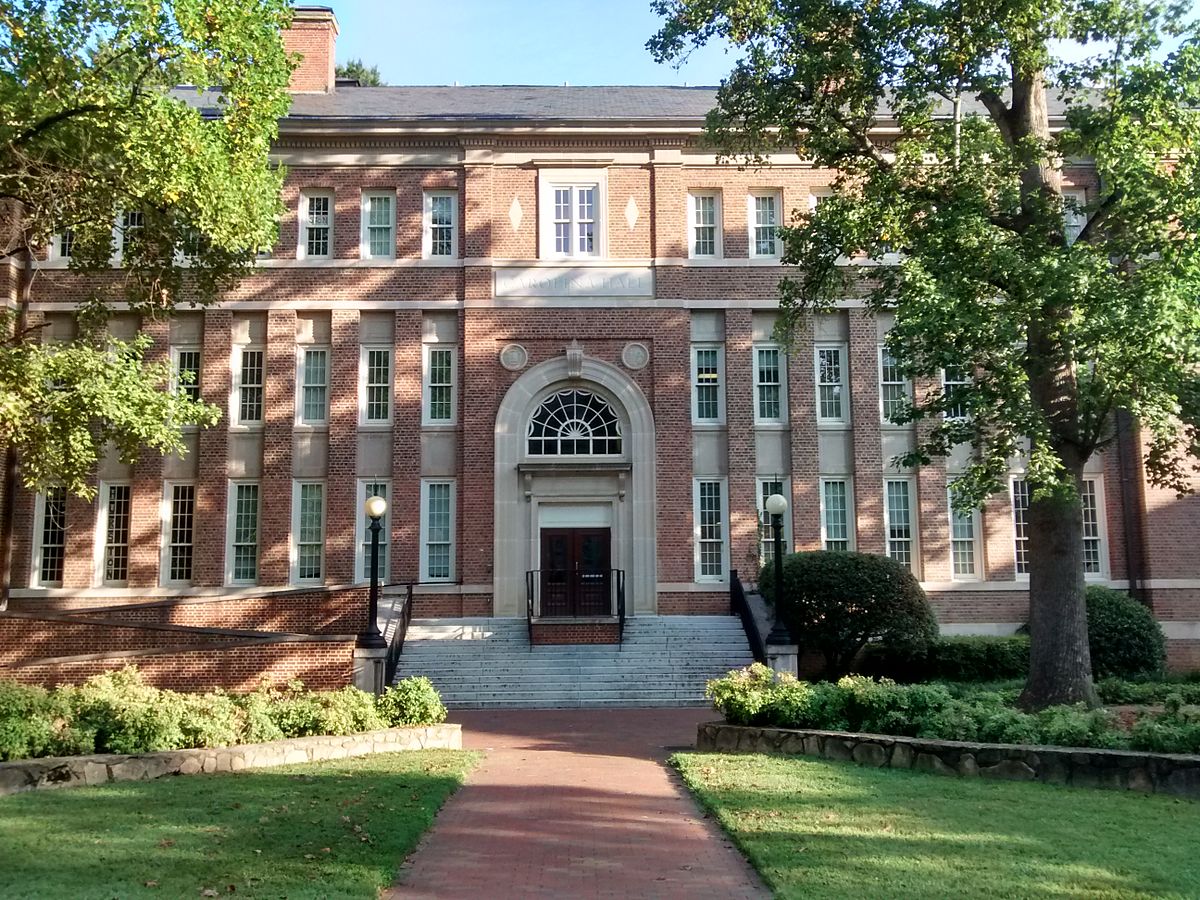 Saunders Hall was originally named after William L. Saunders who graduated from the University of North Carolina in 1854. Saunders later became a trustee on the University and served as North Carolina's Secretary of State from 1879 to 1891. In addition to these roles at the university and in state government, Saunders also served in the Confederate army and became the leader of the Ku Klux Klan in North Carolina after the Civil War. During Reconstruction, Klan violence claimed the lives of many North Carolinians as part of a campaign of terror aimed at reversing the South's defeat in the Civil War.

In 1922, the Board of Trustees named this building in honor of Saunders for his contributions as a journalist, politician, historian, and fellow trustee. Along with those acknowledgments, the Board of Trustees also cited his Confederate service and leadership of the Ku Klux Klan in North Carolina as meritorious service that made him more qualified for the honor they were bestowing upon him. The decision to name this building after Saunders can only be understood by looking at the attitudes of the all-white leadership of the university in the era of Jim Crow when organizations such as the United Daughters of the Confederacy were dedicating statues that lionized Confederate leaders. The UDC's leadership at this time included members who published books praising the Klan while lobbying school boards to teach students that enslaved persons were treated with "great kindness and care."

In 2015, the University of North Carolina Board of Trustees renamed the structure Carolina Hall. In the name change, the board acknowledged that their predecessors made an error in honoring Saunders for his leadership of the Ku Klux Klan. Those who protested for Saunders Hall to be renamed wished to have the building be renamed Hurston Hall to honor African-American writer Zora Neale Hurston. Saunders Hall wasn’t renamed Hurston Hall, because it wasn’t as unifying as Carolina Hall.

Along with the renaming of Saunders Hall to Carolina Hall, the University of North Carolina Board of Trustees voted unanimously to place a 16-year freeze on renaming other building on campus as a compromise to appease members and alumni who feared that other buildings and monuments named in honor of Klan members, slave owners, and Confederate leaders might also be changed. The board also agreed to create accurate historical markers across campus and support measures to investigate the history of the campus and its connection to slavery and the racial violence that occurred during and after the Civil War.

An exhibit was installed in Carolina Hall in 2016 to educate on the university’s history and William L. Saunders. It is placed in the foyer of Carolina Hall and explores Saunders’ life, the racial violence of Reconstruction, and the movement that influenced the university to rename the building.

2. Learning From The Past. The Carolina Hall Story. . Accessed September 26, 2018. https://carolinahallstory.unc.edu/.