The G.A.R. (Grand Army of the Republic) Memorial Hall, built in 1892, is one of many memorial halls located in the United States, as a dedication and remembrance of the Civil War veterans. Thirteen states are home to at least one of these amazing Memorial Halls, this being the only one located in Ohio. This specific memorial was designed by an Ohio native, Joseph W. Yost. These Memorial Halls acted as a meeting hall and community center for Veterans and their families to meet, organize and participate in local activities and events.

A postcard from Ironton, Ohio. From circa 1930s. Shows the great prestige that, not only the artist of the painting had but, the community had for the Memorial Hall. 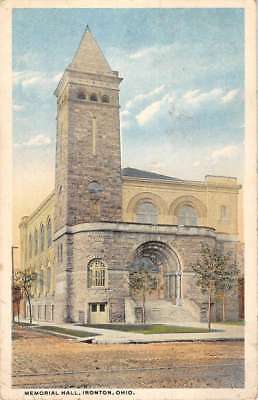 Days before the demolition started on the Memorial Hall in 2014. This was a sad day for some in Ironton, to see their beloved building that they had tried for several years to save. 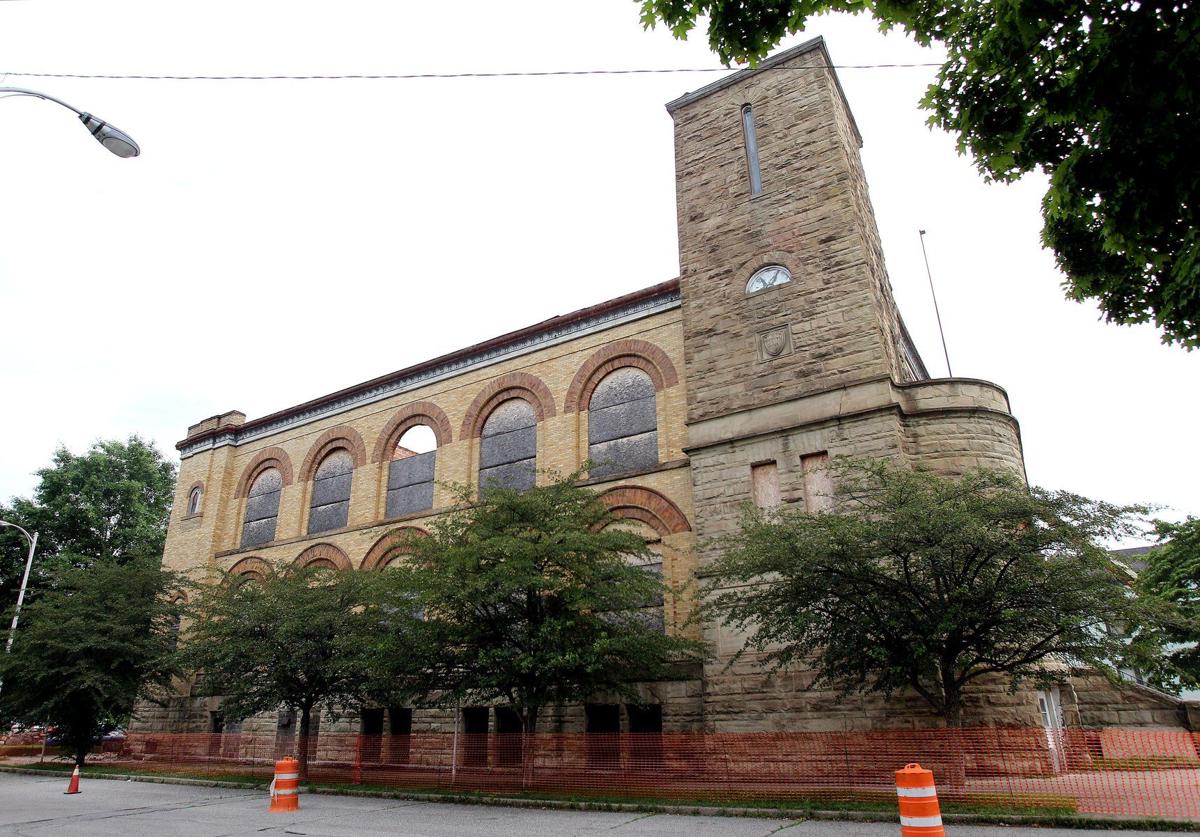 The ongoing demolition of the Memorial Hall. Wasn't a pretty site for some, but in the end, Ironton and eventually many more will not forget about the magnificent building. 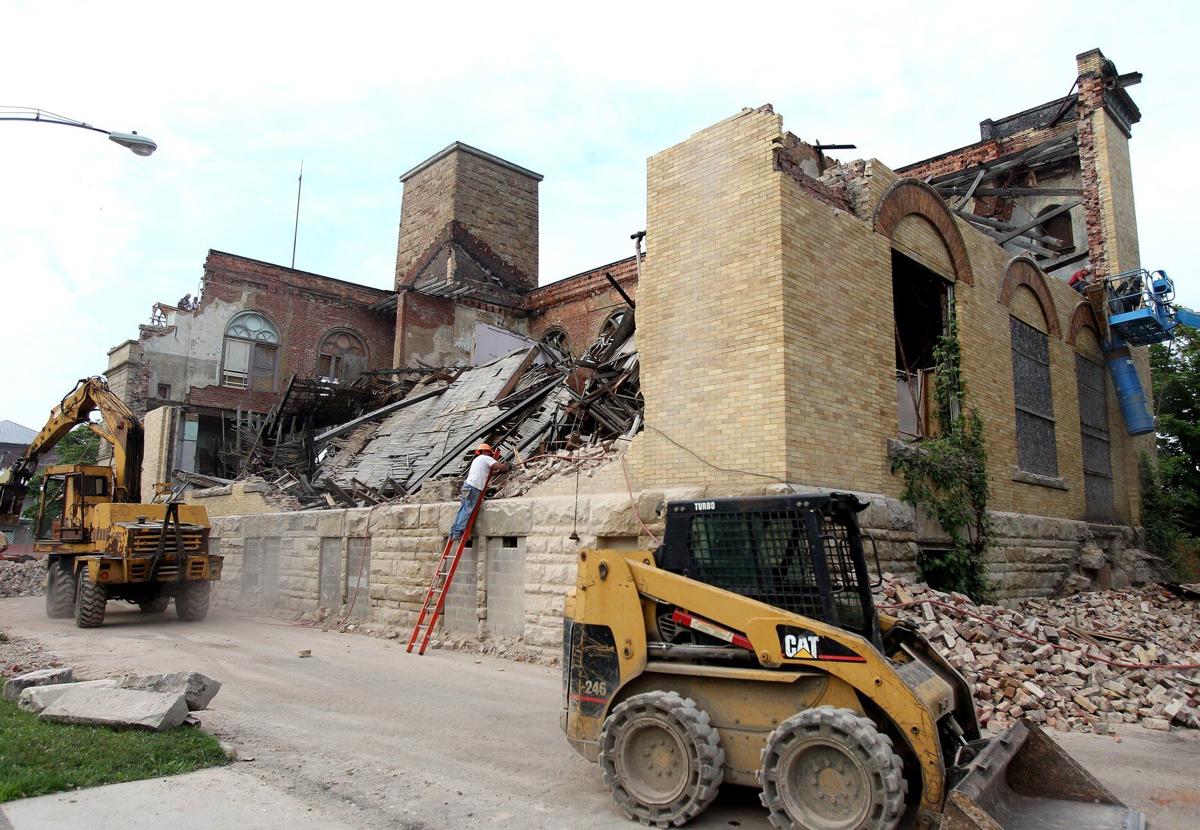 The remains of what is left of the Memorial Hall. This is a bitter sweet photo, as in it, over 75% of the original building is gone, but the last bit standing symbolizes that the history and significance of this Memorial is here to stay and in such a 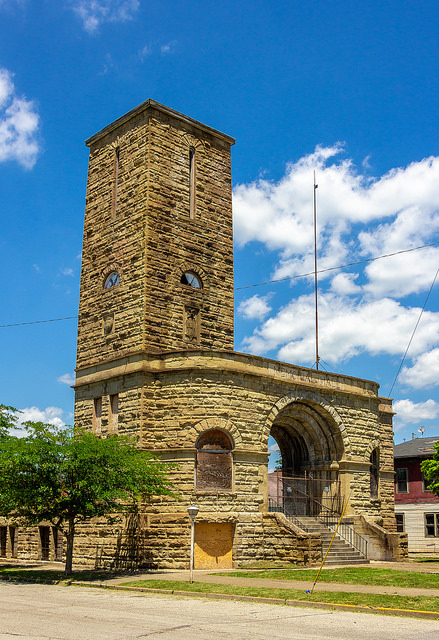 After the gruesome Civil War, the population and government of Ohio wanted a way to recognize, assist, and remember the Veterans of the war that nearly split the United States in two. Joseph W. Yost was hired and paid nearly $20,000 for the construction of this memorial. Under the supervision and help of the Yost and Packard Architectural firm, construction was underway. Finally, on September 22, 1892, the building was opened to the public.

The building was a place which Union Army veteran’s widows and orphans could use, and contained a library and a place for war relics. Sadly, the library and a majority of the building was destroyed in a fire in 1905. Once the Memorial Hall was rebuilt, it was exclusively used as a library for many years to come. Being Ironton’s library for nearly 60 years, it transitioned to the City Hall and jail in the 1960’s. The City Hall almost made it to the turn of the century, but was closed in 1996 due to the infrastructure declining drastically. The Memorial Hall has since then not been occupied.

There have been several attempts to restore the building. There were several attempts to dismantle the building as well, and even some efforts in between. Several groups wanted to remove the interior and brace the insides so the structure could stand for years to come. Another group wanted to convert it to a bed and breakfast, but the estimated cost was too overwhelming to do so. Finally, the American Legion declared they were going to venture into restoring the Memorial. They had plans to own the building by a certain date and the government would award them a $2.4 million grant to restore the building. To obtain ownership of the building they would need to raise $500,000 to buy the building, but their two years of fundraising efforts only raised what it cost to build the building in 1892, $20,000. In 2014, the demolition of the building began. Sadly this beautiful memorial is no longer standing, but with efforts and the internet today, it will not be forgotten.