Opened in August 1963 as "WV International Speedway," Ona Speedway is West Virginia's only asphalt racetrack and was once owned by American Bandstand host Dick Clark. It is the former host of a NASCAR Grand National Race which included NASCAR legends including Richard Petty, Ned Jarret, Bobby Allison, and Junior Johnson, among others. Today, the track still hosts local short track races in different series including modified, late models, and hobby stocks.

Image of a historic race at Ona Speedway 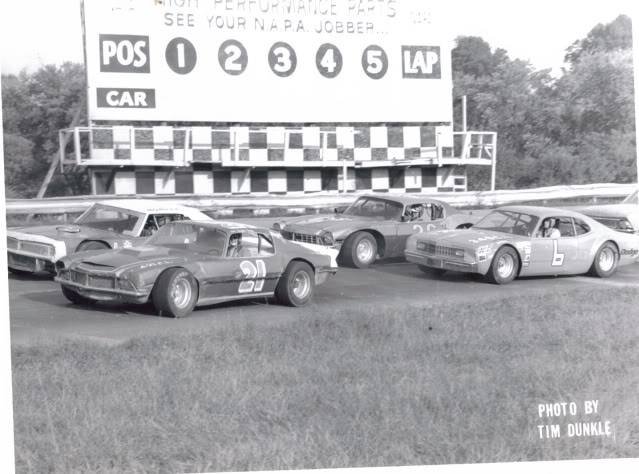 Current day view from the grandstands 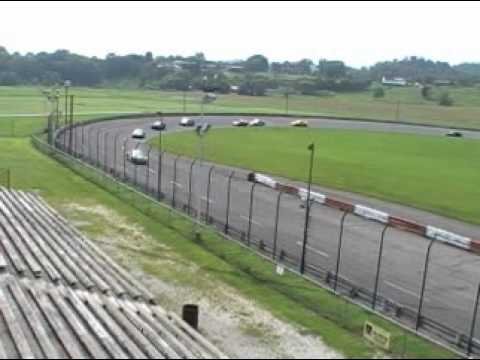 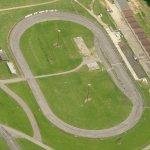 Ona Speedway is a 7/16 mile short track located in Ona, West Virginia, just between Charleston and Huntington. The racetrack has gone by several names over the years including the Huntington Raceway, West Virginia International Speedway, and Dick Clark's International Raceway Park. Visitors to the area are surprised to find that the former host of American Bandstand was once was the owner of this track. The track is currently under new ownership who are working towards renovating the racetrack.

The first race ran at Ona Speedway (at that time known as the West Virginia International Speedway) was a NASCAR Grand National Race on August 18, 1963. The race was titled "The Mountaineer 300" and had a 1st place prize of $1,600. Several NASCAR legends competed in the event including "The King" Richard Petty who would go on to win 7 NASCAR Winston Cup Championships. The winner of the first "Mountaineer 300" was Fred Lorenzen as he led 165 of the 300 laps. Richard Petty would finish 10th in this race. 16,000 fans were in attendance.

Every October the inaugural race lives on through the "Mountaineer 100" for the late model series. Today, the grandstands only hold about 2500 people instead of the 16,000 that showed up in 1963. The asphalt track is presently in need of maintenance but the track remains a local favorite for short track racing fans.

Schwarze, Kevin. History Is On The Minds Of Everyone This Weekend At Ona Speedway And The ARCA Truck Series!. ARCA Truck Racing. June 13, 2013. Accessed September 20, 2018. http://www.arcatruckracing.com/2013/06/13/history-is-on-the-minds-of-everyone-this-weekend-at-ona-speedway-and-the-arca-truck-series/.