Holding a place as one of the oldest schools in the United States and one of the first academies in Connecticut, the Woodstock Academy was built in 1801 by Rev. Eliphalet Lymam, John McClellan, and a few others from the First Ecclesiastical Society. The land for the academy was donated by the town of Woodstock CT, and it was first opened on the north side of the town in February, 1802. in May of 1802, attorney John McClellan had a charter approved by the Connecticut state legislature making it one of the first academies founded in Connecticut. The school today has over 1,000 students from grades 9-12, accepts resident students from all over the world, and has a post-graduate program.

The Woodstock Academy classroom building, built in 1873, is the oldest remaining building on the academy's campus. 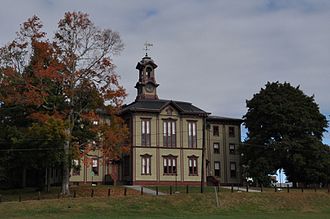 Ariel view of the academy showing the layout of the campus with the classroom building in the center. 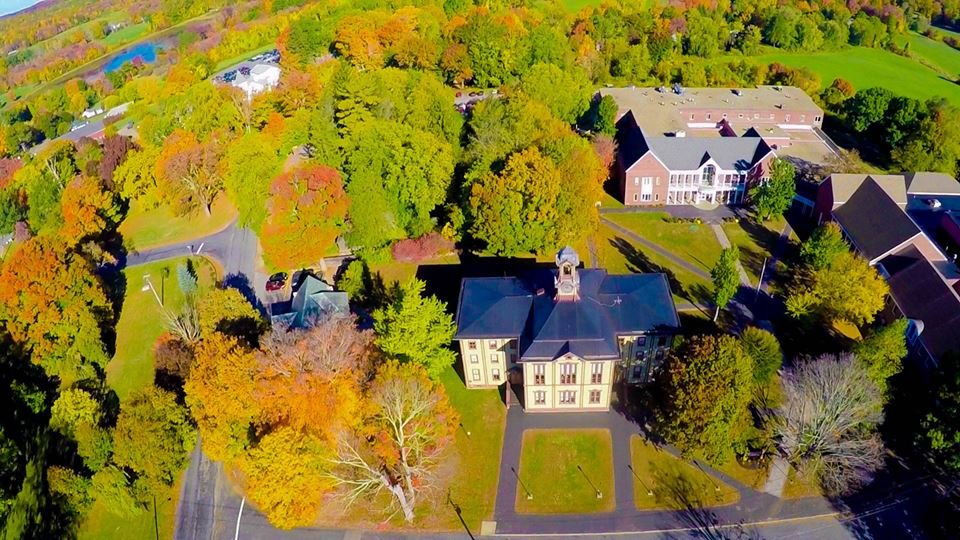 In 1801 several members of the First Ecclesiastical Society, including Reverend Eliphalet Lymam, and James and John McClellan, went into the community of Woodstock, Connecticut, to raise support for the construction of the first Woodstock Academy building. The academy itself was opened in February 1802, and, thanks to attorney John McClellan, the Connecticut state legislature granted the school full academy status in May of 1802.
The school was inefficiently run for about 40 years until Henry C. Bowen, a New York City dry-goods merchant originally from Woodstock, acquired the academy in 1843 and began to modernize it. The modernization process included building a residence hall for students.
After the Civil War, plans began to develop to further improve the academy and the sale of the old building was discussed by patrons and construction of a completely new academy building, including new residence halls, at a different location began. Unfortunately a fire destroyed the academy's boarding house in 1907 and following economic depressions caused the academy's funds to be severely constrained. Nevertheless, the academy survived and began construction of an Agriculture Building in 1939.
The expansion of the Woodstock Academy continues to this day, with construction of student recreation facilities, student living quarters, and much more. For their bicentennial celebration a new classroom building was built for the increasing numbers of students attending the academy.