The National Churchill Museum, located on the Westminster College campus, honors the legacy of British statesman Winston Churchill (1874-1965; served as Prime Minister from 1940-1945 and 1951-1955), who gave his famous "iron curtain" speech at the nearby college gymnasium on March 5, 1946. The museum is housed in the lower level of the Church of St. Mary the Virgin, Aldermanbury. This historic English church was built in 1677 and severely damaged by German bombers in World War II. It was relocated to Fulton and restored to its original state. The museum features interpretive displays, interactive exhibits, many artifacts including the robe Churchill wore during the speech and the podium he used, and the letters he and the college president exchanged before his visit. The Museum also houses the Clementine Spencer Churchill Reading Room which holds books, manuscripts, and records from the British National Archives. The church grounds feature the large "Iron Curtain" sculpture, which unveiled in 2011, and another sculpture called "Breakthrough," which commemorates the fall of the Berlin Wall. The sculpture consists of eight sections of the wall with two cutout human figures. It was created by Edwina Sandys, Churchill's granddaughter.

The Church of St. Mary the Virgin, Aldermanbury

The sculpture "Breakthrough" is made of sections of the Berlin Wall and was created by Churchill's granddaughter Edwina Sandys. 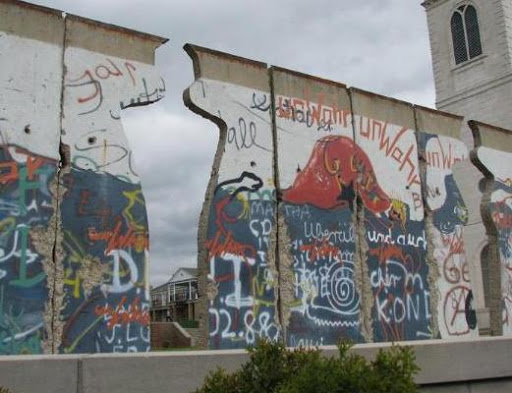 Churchill gave his famous speech in the Westminster College Gymnasium on March 5, 1946. 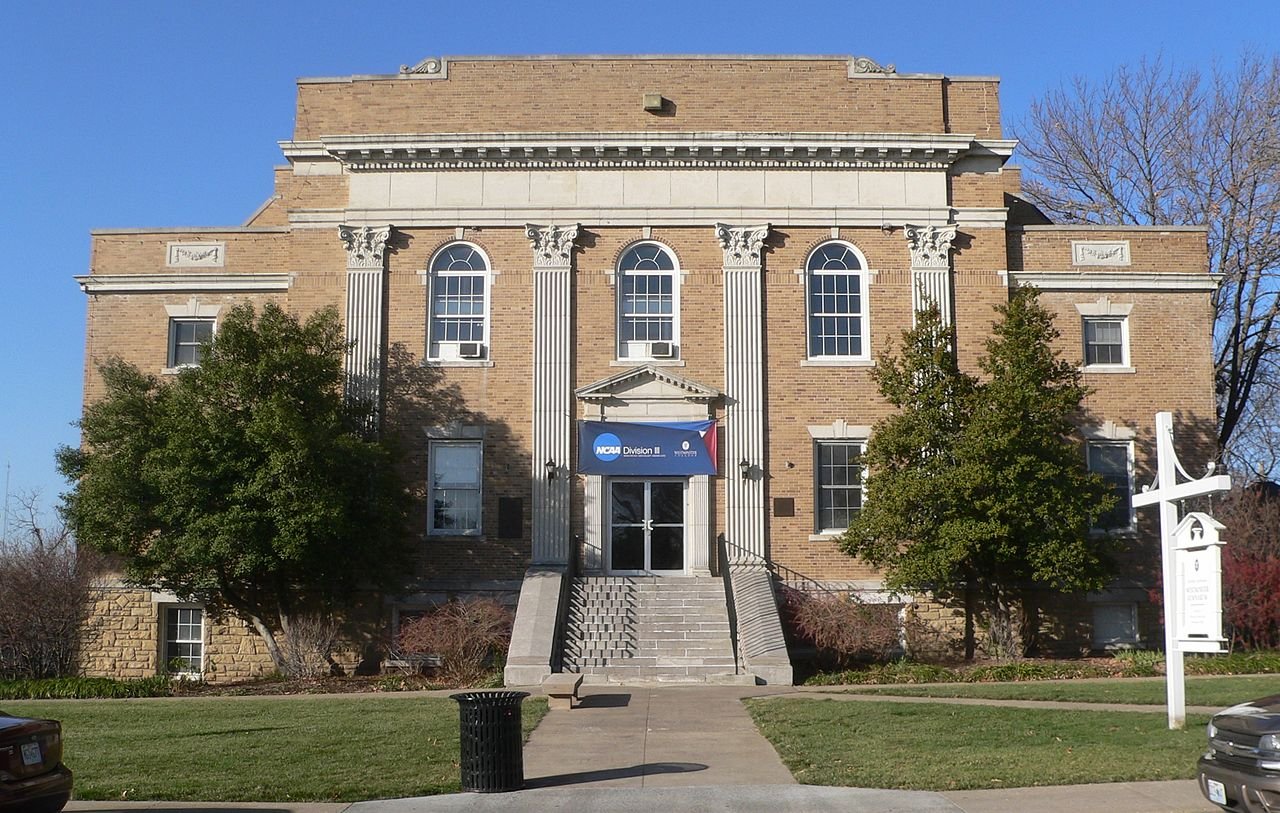 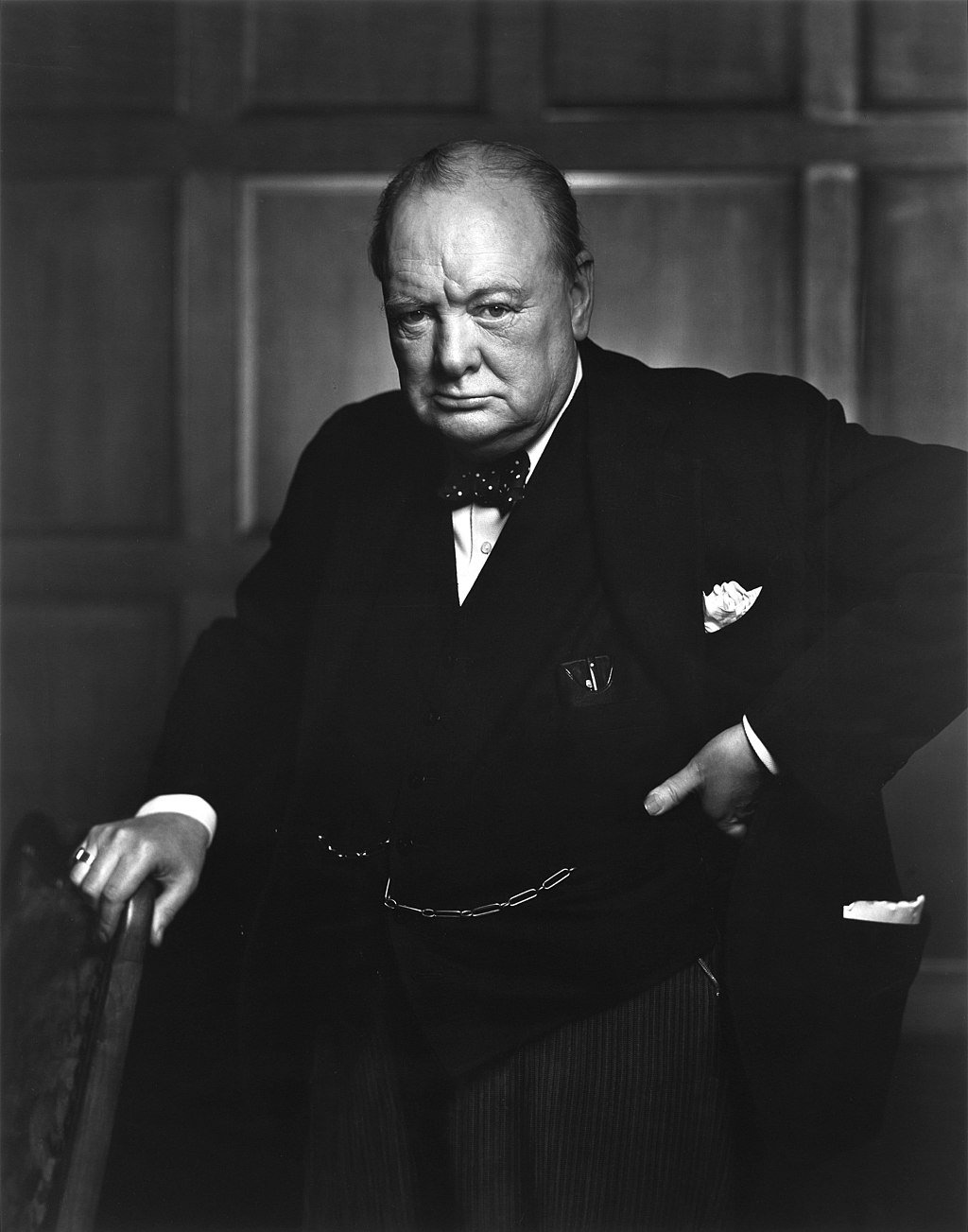 As one of the most famous political figures of the 20th century, especially after World War II, Winston Churchill was invited to give speeches all over the world. One of those invitations came from the president of Westminster College, Frank L. McCluer. As luck would have it, one of President Truman's aides, Major General Harry Vaughn, was an alumnus. McCluer contacted Vaughn who then informed Truman of the letter. Truman endorsed it, adding a postscript stating "This is a wonderful college in my home State. Hope you can do it. I will introduce you." For his part, Churchill may have seen it as an opportunity to stay relevant, as he has recently lost his position as Prime Minister (he would be reelected in 1951).

The speech was titled "Sinews of Peace" and was Churchill's analysis of the post-war world, which saw Russian expansionism and the threat of nuclear war. As such, the speech essentially signaled the beginning of the Cold War. Although the metaphor "iron curtain" had been used before, the speech introduced it to the general public. As alluded to by Truman's note in the letter, he attended the speech, along with 2,800 others. The gym is listed on the National Register of Historic Places and is a National Historic Landmark

The museum opened in 1969 and Congress declared it as the National Churchill Museum in 2009.