This beautiful, Second Renaissance Revival mansion is one of the largest private homes in Oklahoma City. It was built by successful businessman William Taylor Hales (1867-1938) in 1916. The mansion is three stories tall, over 20,000 square feet in size, and features a working elevator, a ballroom on the third floor, and numerous architectural elements such as Corinthian columns and porticos. It was added to the National Register of Historic Places in 1978 and was last purchased in 2017. It is a private home today but can easily be admired from the street.

Hales Mansion is one of the largest private residences in the city. It was built in 1916 by businessman William Taylor Hales. 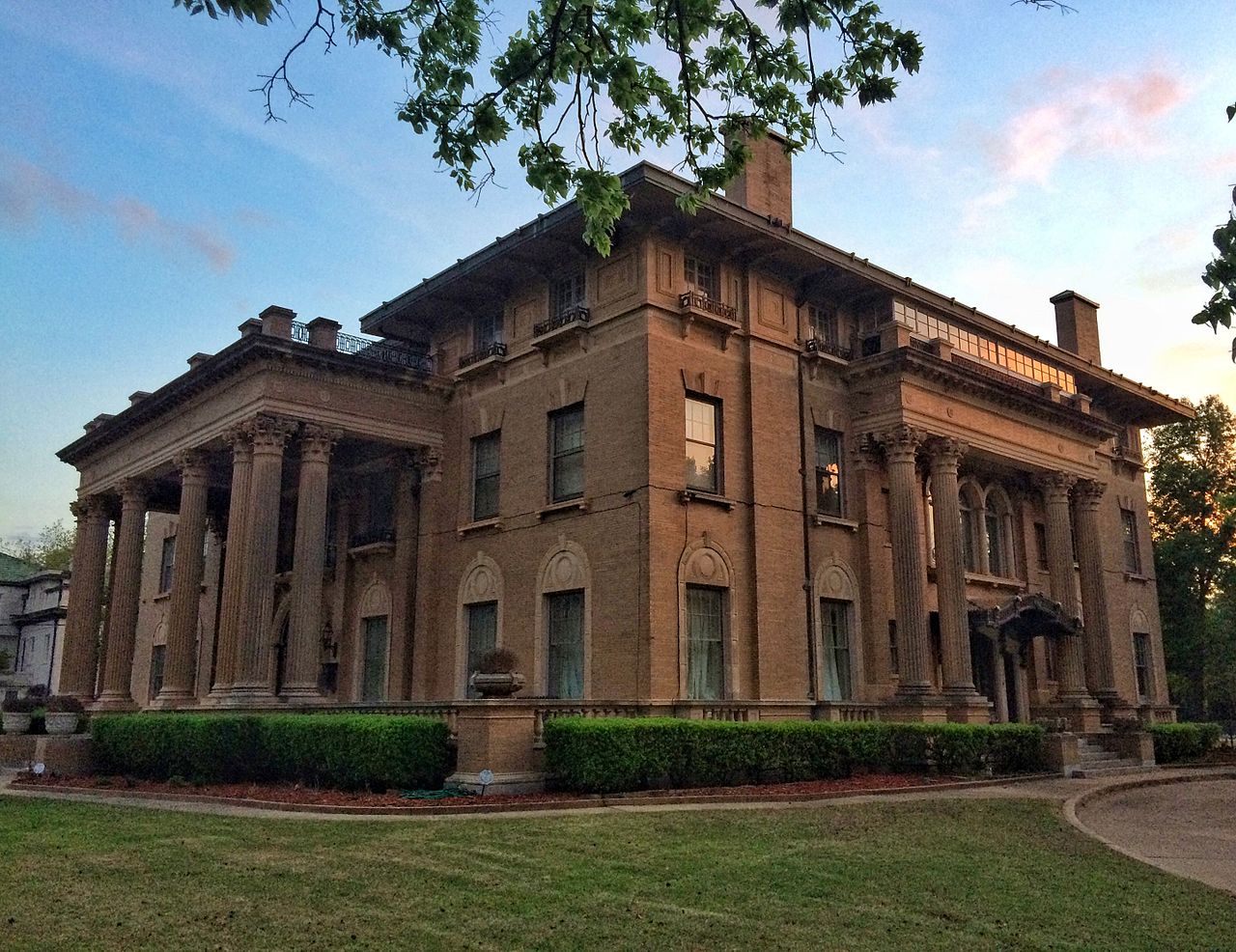 The mansion's longest owner was the Roman Catholic Archdiocese, which bought it in 1939 (after Hales passed away). It served as the archbishop's residence and office space. The Archdiocese sold it in 1985 to a private owner and it has remained a private home since then.

William Hales was born in Missouri and arrived in Oklahoma City in 1890 to be with his brother George. Together, they founded a mule and horse trade business which became very successful. They owned the largest horse barns on West Main Street. Hales, who was a very outgoing man and not afraid to show off his wealth, decided to build a home fit for his prominent status. The mansion has been well maintained by each owner and is in fine condition today.