The Walters Rock Island Depot is a historic train depot located in Cotton County, Oklahoma. It was constructed in 1920 following the destruction of the previous train station in a fire. The Rock Island Line was an important route connecting areas of the Midwest and South. Walters' location along the railroad line was a factor in its status as county seat. 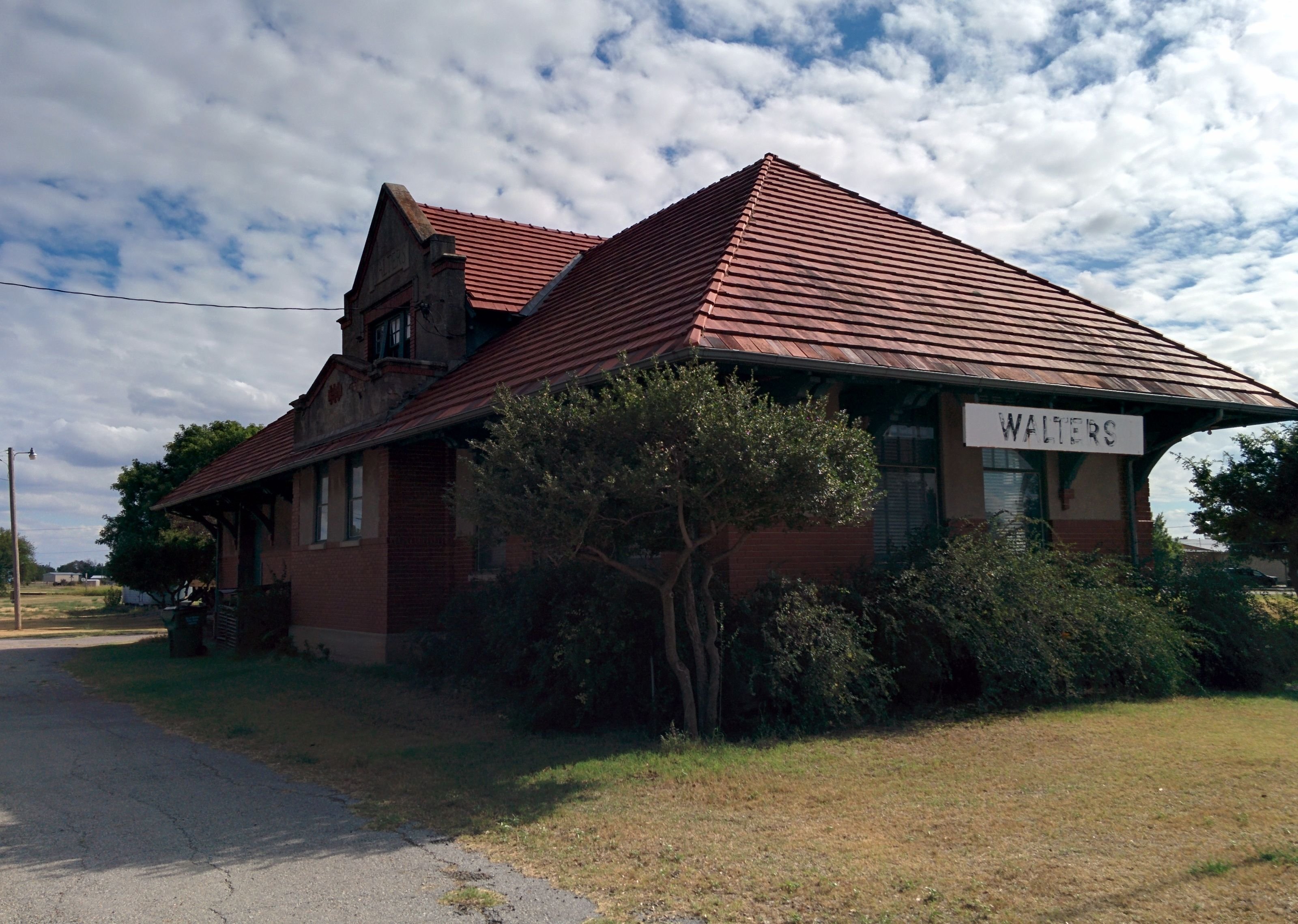 The Walters Rock Island Depot is a historic train depot located in Cotton County, Oklahoma. It was built in 1920 as a replacement for a previous train station destroyed in a fire. The position of Walters along the railroad line was an important consideration in its status as county seat.

The depot was constructed by the Rock Island railroad company in the Renaissance Revival architectural style. Notable features include decorative copper sheets, brackets, triple windows, and quoins along the upper corners.

The Chicago, Rock Island and Pacific Railway, known informally as the Rock Island Line, was an extensive network of tracks extending throughout much of the Midwest and South. The Rock Island Line had a strong presence in Oklahoma, with three main lines crossing through the state. It operated in Oklahoma for almost a century, from 1888 until its closing in 1980.