The Cotton County Courthouse is a historic courthouse located in Walters, Oklahoma. It was built in 1926 by the Oklahoma City architectural firm Tonini & Bramblet. The design of the courthouse incorporates elements of the Neoclassical style. As the county seat of Cotton County, the courthouse continues to serve as a center of local government. 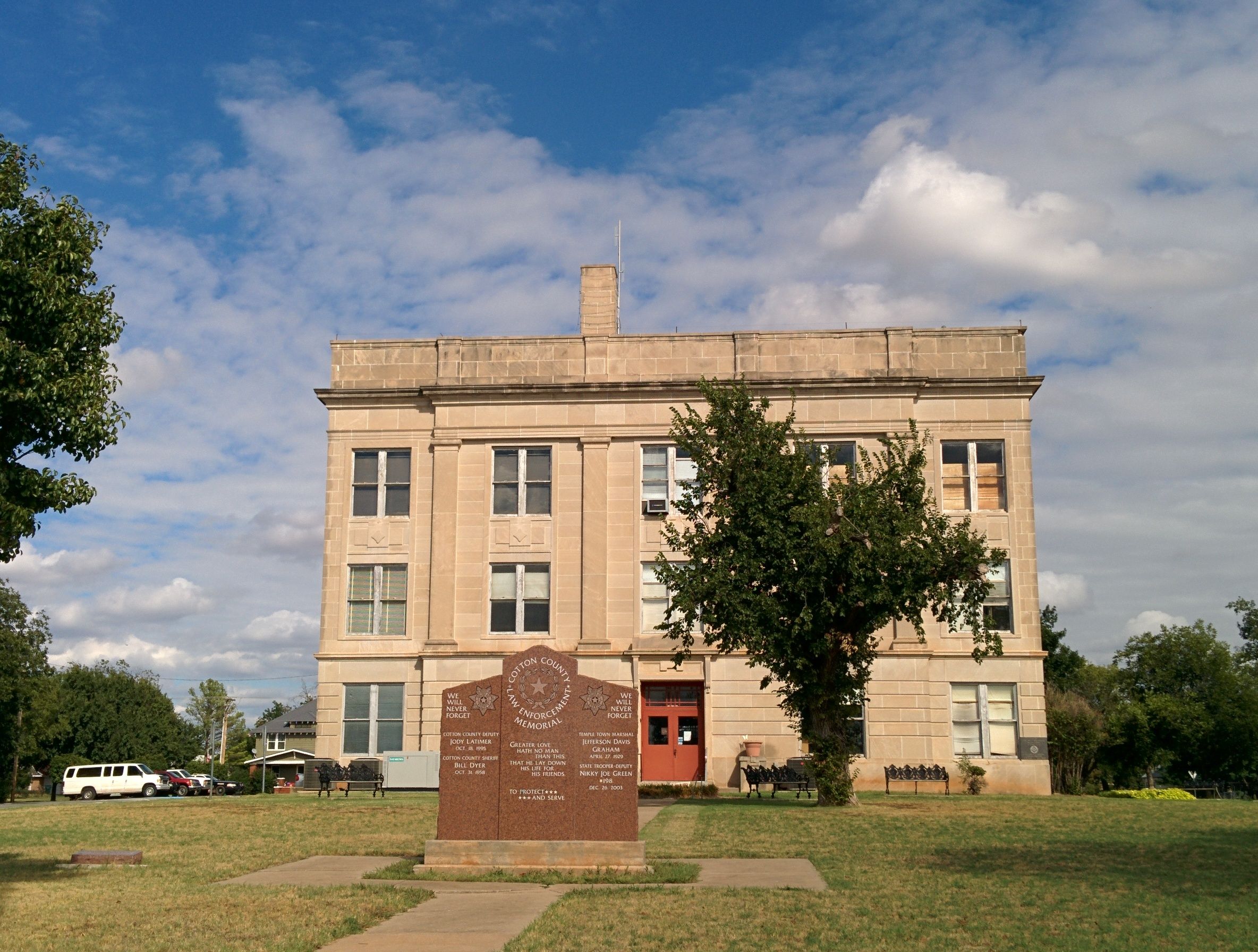 The Cotton County Courthouse, located in Walters, Oklahoma, serves as the county seat for Cotton County. It was built in 1926, about a decade after Cotton County was formed out of a part of Commanche County. The 1920s were the heyday of Cotton County: The population stood at 16,679 in 1920 as compared to a mere 6,139 today.

The courthouse was designed by the Oklahoma City architectural firm Tonini & Bramblet, which also designed a number of other county courthouses in Oklahoma. The courthouse's design incorporates elements of Neoclassical style. Notable features include pillasters alternating with the window bays and rectangular and diamond-shaped plaques between the second and third-story windows.