The Blackinton Historic District of North Adams, Massachusetts is a collection of buildings constructed throughout the early 1800s around the Blackinton Mill. The Blackinton District has been well preserved, and now serves as an iconic representation of 19th-century mill communities in the region. Stanford Blackinton’s mill was a major influence on the city of North Adams, and Blackinton himself was incredibly influential on the development and growth of the town.

The Blackinton Mill in July of 2010 by Wikimedia Contributor John Phelan. 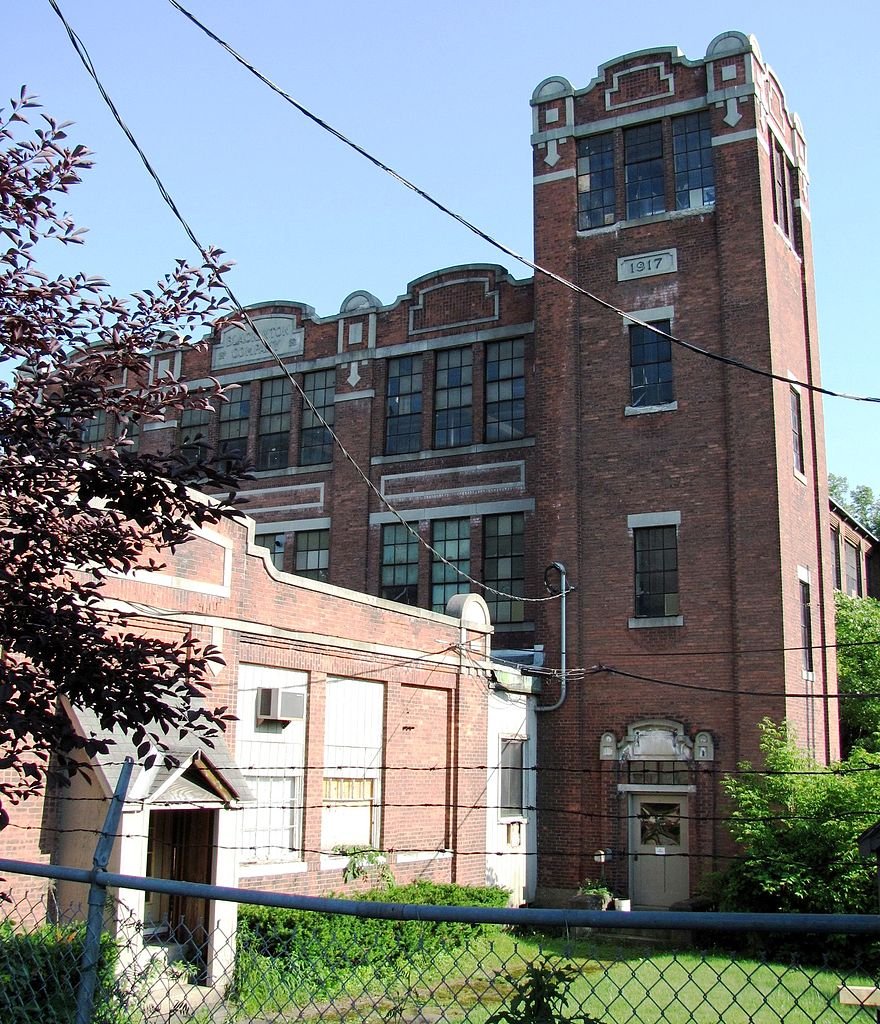 In 1822, three North Adams businessmen by the name of Sanford Blackinton, Rufus Wells, and J. L. White came together to construct a wool mill on the edge of the Hoosac River. The mill’s financial success wavered throughout the decades but never enough that it was not a staple of the small city’s economy.  The district around the mill began taking form when Wells and Blackinton built their homes across the road that led to it.  Though they were not the first homes near to the area of the mill, they were the most prestigious, and they invited others to build their homes nearby. These homes still stand to this day, albeit modified in part.

Much like the mill that still stands, many of the homes that were originally built around the mill saw continuous use.  In fact, it was the Civil War – over fifty years after the mill's construction -- that brought Blackinton and his mill the most success.  A surge in military orders for wool from the mill made Blackinton the richest man in North Adams, forever solidifying the mill and the mill owner’s story as part of the historical tapestry of the town.

Over the course of the mid-1800s, a number of buildings were constructed in the neighborhood around the mill that would prove to be vital to the heart of North Addams.  The Union Church, Episcopal Chapel, and the Company Store were all funded by Blackinton and the mill, each of which was a cornerstone of the mill community.  The Company Store was home to the first library of North Adams as well as the post office and the telephone which was shared by the community.

Blackinton and his family moved closer to the center of North Adams shortly after the Civil War, using the money they had made during the war to purchase a much larger home and construct another mansion for Blackinton’s son, John, near the mill.  This period also marked the beginning of the dissolution of the “mill community” that had characterized North Adams for decades.

In the coming years, more and more people who were not associated with the mill in any business capacity moved into the neighborhood around the mill, building new homes around the church and store.  This area continued to grow throughout the late 1800s into the early-1900s, slowly transitioning out of the traditional and characteristic appearance of New England mill towns.

Regardless of the area’s subsequent growth, the core of the district has been well-preserved as a snapshot of mill town style that is both rare and historically beautiful.