The Memphis Cotton Exchange was built in 1874 in order to regulate the city's cotton market. Cotton exchanges had been established earlier in both New York and New Orleans and the city's merchants were eager to reap the benefits of a standardized market. The Memphis Cotton Exchange quickly developed a number of rules and regulations for buying, pricing, and selling cotton throughout Memphis and much of the mid-South. In fact, the exchange was so successful that it supplied hourly information to every other cotton market in the world. Only members of the exchange could buy and sell cotton on the trade floor. Cotton trading continued at the exchange until 1978 when computer trading became more profitable. The Cotton Museum is located on the building's first floor, which was once where the trading took place. 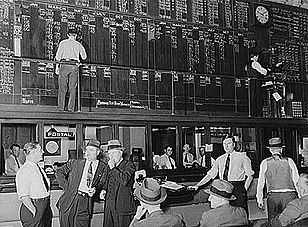 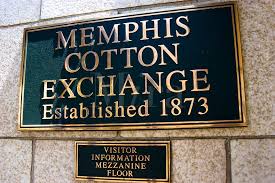 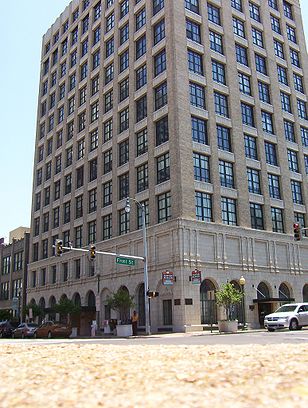 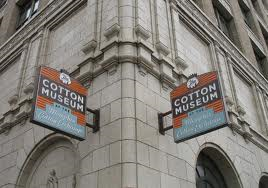 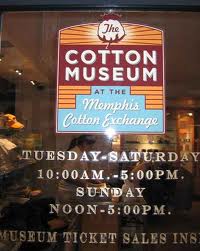 The Memphis Cotton Exchange truly revolutionized the cotton market throughout Memphis and much of the South. The Exchange improved telegraph lines, issued crop reports that reach across the globe, advocated for farmers, buyers,  and merchants alike, and lobbied the railroads for more efficient handling practices. The Memphis Cotton Exchange sought to develop a fair and stable market throughout the region and called for the standardization of cotton bales by the early twentieth century.

The first-floor trading room of the exchange became an important venue for buyers and sellers to discuss pressing political matters. Members of the exchange included some of the city's most prominent officials and the organization began to play an important role in civic activities. Members encouraged participation in local charity drives and took an active role in defining policies and practices that benefited the greater Memphis area. The group fervently supported quarantine regulations during the 1878 and 1879 yellow fever epidemics that swept across the city. Members of the exchange voted in 1905 to place an embargo on cotton shipped from New Orleans. At that time the city was in the throes of a particularly bad yellow fever epidemic and the measure spared Memphis from the same fate.