Situated in Smyth County, Virginia between Walker Mountain and Little Brushy Mountain, Hungry Mother State Park is a prominent outdoor destination for Southwest Virginia. Constructed by the Civilian Conservation Corps (CCC) during the height of the Great Depression, Hungry Mother State Park opened on June 1, 1936. The park was one of the original six state parks in Virginia and several original structures remain in use today. The park covers 3,334 acres and offers hiking, biking, kayaking, fishing, camping, and other forms of recreation. Hungry Mother Lake is the park’s most recognized attraction. 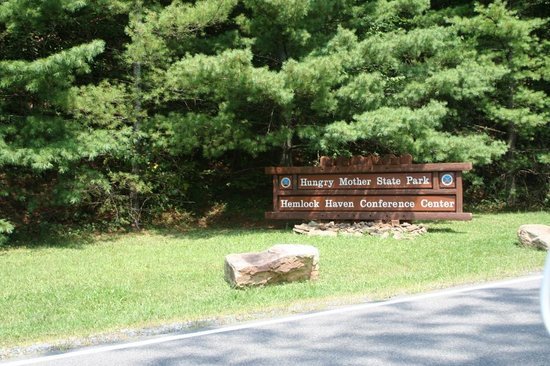 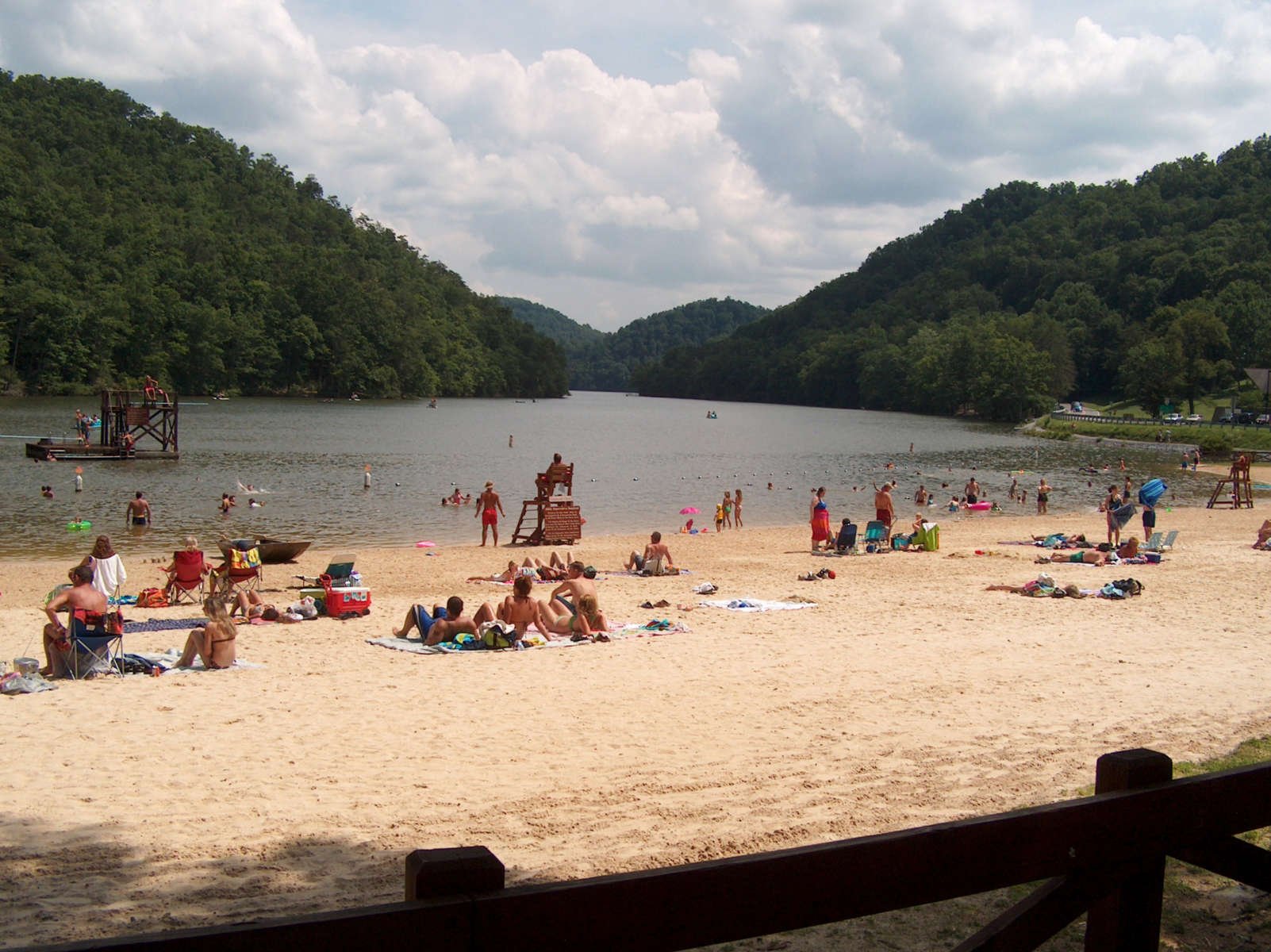 As part of President Franklin D. Roosevelt’s New Deal program during the Great Depression, funding and labor opportunities for public infrastructure became available to state governments. With guidance from the National Park Service, many states, including Virginia, took advantage of this opportunity and began construction on their own state parks. In Southwest Virginia, plans to create a state park were already in motion. In June 1930, a privately-owned recreation facility called Lake Forest opened on the current site of Hungry Mother State Park. It contained a dance pavilion, swimming pool, concession stand, restaurant, picnic area, and a small lake from the dammed up Hungry Mother Creek. Local landowner John D. Lincoln acquired the 2,500 acres of land on Hungry Mother Creek two years later in September, and formally deeded the property to the state of Virginia on October 13, 1933.

Up until the state taking legal possession of the property on Hungry Mother Creek, the name of the park was intended to remain Lake Forest. However, when the Commission on Conservation and Development publicly released the names of the six proposed state parks on October 16, Hungry Mother was listed instead of Lake Forest. The reason behind the change is unknown, but it likely involved the local legend around the name for Hungry Mother Creek. While there are several versions of the legend, the common theme that runs throughout all stories is that prior to permanent European settlement of the area a little boy was found wandering around the creek saying “Hungry, Mama.” Some stories explain how the child was found next to the body of his dead mother, while others explain how the boy wandered off from his homestead alone. The commonly accepted version describes a Shawnee Indian attack on a nearby settlement where a mother and child were carried off. The two captives eventually escaped and began walking back to their settlement, eating only foraged berries. The mother finally collapses from poison or hunger, and the child wanders down a creek until he is found, saying only “Hungry, Mama.” A search party set out to locate the woman, and found her dead at the foot of the mountain. Since then, the creek has been known as Hungry Mother Creek. It is likely that the Commission changed the name of the park to incorporate the local lore thereby attracting visitors.

Construction began on Hungry Mother State Park on October 15, 1933 when Civilian Conservation Corps (CCC) companies 1252, 1249, and 1259 arrived on site. The CCC worked tirelessly to dismantle the existing structures on the property before erecting a dam to create the 108-acre Hungry Mother Lake. When the park officially opened on June 13, 1936, the CCC completed construction on seven cabins, the Custodian’s House, beach area, concession stand, bath houses, and a picnic area. It took the CCC another five years to complete six more cabins, the campground, a restaurant, the trail system, and other necessary infrastructure. The cabins at Hungry Mother State Park were the first in the state and the first state park in the nation to be fitted with electricity. In order to get electricity, cabin guests inserted a coin into a meter and received electricity into their cabin for a period of time. Hungry Mother also became the first park in Virginia to offer a sandy beach area for the lake, John D. Lincoln personally shipped a train car full of Virginia Beach sand for that purpose. During its first year of operation, Hungry Mother State Park welcomed 58,482 visitors, more than half of attendance of all the state parks combined. Throughout the duration of the twentieth-century, the Hungry Mother accumulated more land and facilities, which expanded the park to 3,334 acres.

Today, Hungry Mother State Park continues to be a quiet mountain retreat for Southwest Virginia. The park offers a wide variety of activities including hiking, swimming, canoeing, kayaking, camping, fishing, biking, and a restaurant, with many of the original CCC-erected structures remain in use. Hungry Mother State Park was added to the Virginia Landmarks Register in June, 2006 and to the National Register of Historic Places in April 2007.