Medford, the fourth oldest British settlement in America, began as the privately-owned plantation of the first Colonial Governor, Mathew Cradock in 1630. The plantation became a town (with more than one property owner) in 1856, with the government meeting in private homes for nearly 200 years. The first Town Hall was built in the 1830s and was rebuilt three times due to fires. In 1892, Medford officially became a city, and the Town Hall was converted into the first City Hall. After its demolition in 1916, Medford's city government went without a municipal headquarters for twenty years, until the present City Hall was constructed under the PWA and WPA in 1937. 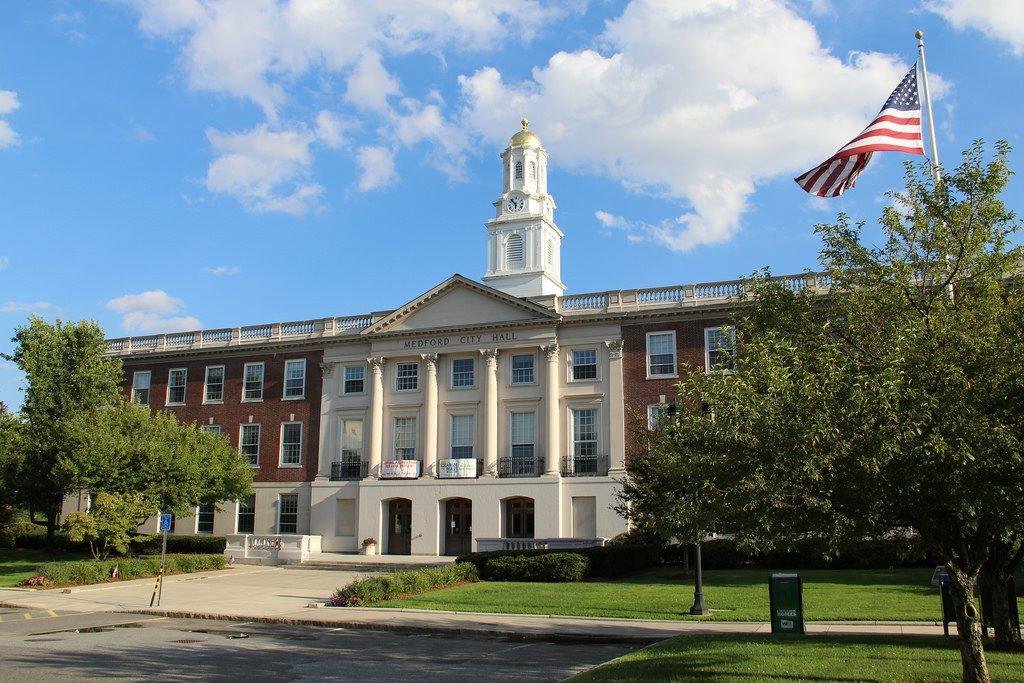 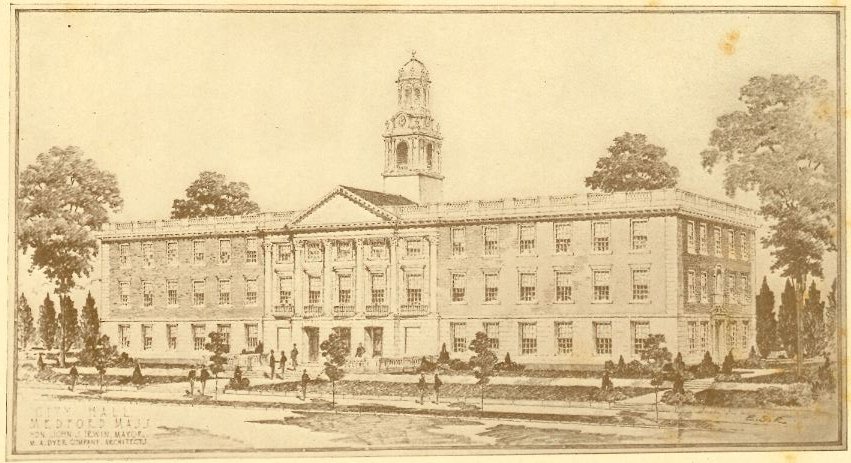 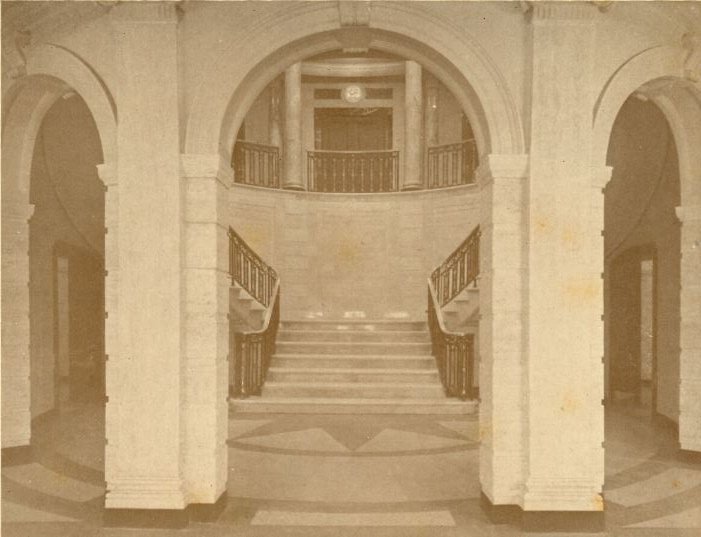 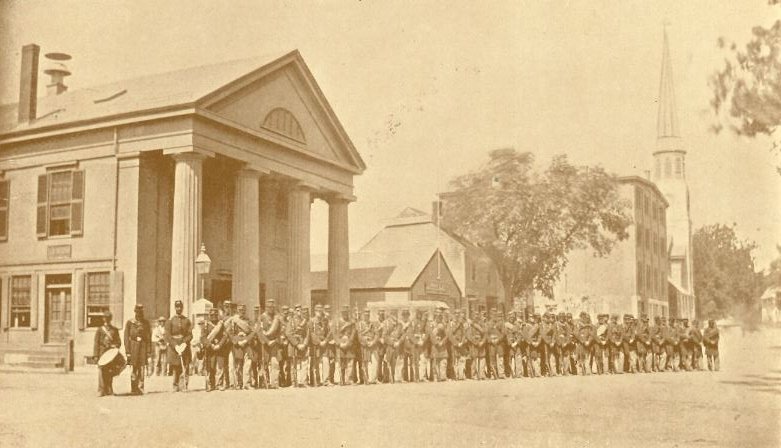 Founded in 1630, Medford began as a plantation owned first by Governor Mathew Cradock, then by Edward Collins. It is the fourth oldest British settlement in the United States. As private property, however, it had no government until after Collins began selling off land in 1656. Beginning in the 1660s, informal meetings were held in private homes to make town decisions. The first Board of Selectmen were elected in 1674 [2; 3].

The first town hall was not constructed until 200 years after Medford’s settlement, during the 1830s. The hall held town offices and two stores, as well as the Washington Hook and Ladder Company fire department. The stores were leased by a succession of businesses including a tailor’s shop, dry goods store, grocery, bookshop, and a circulating library. After the suicide of one shopkeeper, the space was converted into the town’s police station and, later, the Selectmen’s room. As a wooden building, Medford’s first town hall suffered three fires, the first only a few years after its construction, in 1839. Repairs were made and an additional 13 feet of space incorporated into the reconstruction. Only the skeleton of the building survived an 1850 fire, but the town rebuilt the hall once again. Nine years later, an arsonist set fire to the town house; as with the 1839 fire, the town used the reconstruction process to expand and improve the building. During the Civil War, the Union recruited soldiers for the Lawrence Light Guard in the town hall, and the townswomen used the upstairs meeting room as a headquarters for making and packaging bandages, clothing, and other necessities for the soldiers [1].

Medford grew quickly after the war ended, and was officially incorporated as a city in 1892. Its first mayor, Samuel Crocker Lawrence, took office the following year. The town hall was reconstructed as Medford’s first City Hall, with offices for the mayor, auditor, collector, clerk, and assessors. The police station and jail cells were at the rear of the building and in the basement until 1896, when separate police headquarters were constructed. The original City Hall was demolished in 1916 with the intent of constructing a new building on the same site. However, through financial and political complications, the new building was never constructed, and until 1937 the city government operated out of leased spaces in Medford Square, Colonial Hall, the Police Station, and parts of three different schools [1].

In 1935, Mayor John J. Irwin applied for and received a Federal grant toward the construction of a new City Hall on Medford Common. Medford-born Boston architect M. A. Dyer was chosen to design the building, which features a dome and rotunda, Corinthian columns, and marble floors [1]. Construction and landscaping of Medford’s City Hall were undertaken by the Public Works Administration and the Works Progress Administration, respectively [4]. The official dedication of the present City Hall took place on September 11, 1937 [1].