One of the newest museums in the Pacific Northwest, the Northwest African American Museum opened in 2008 after over two decades of planning. The museum's galleries and archival collection focuses on the African American experience in Washington and throughout the region. The museum also offers exhibits that trace the general history of slavery, emancipation, and civil rights throughout the United States. The museum is located in the historic Colman School, an institution that served Seattle's Black community from 1909 to its closure in 1985. Although the Seattle schools were officially open to all races, the Colman School is a reminder that residential segregation existed in Northern urban communities and this often led to separate schools for minority children. 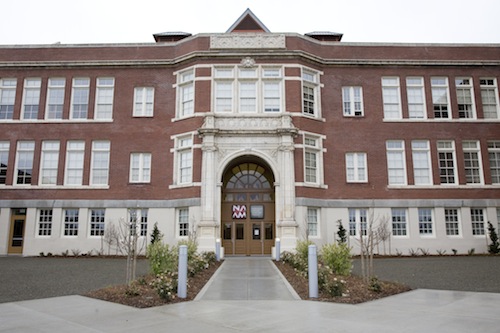 The museum is located in a historic school that served the Black community and might have been sold by the city had it not been for community activists that pushed for its preservation and conversion into a museum. In fact, some activists physically occupied the school at various times between 1985 and 1993 to prevent it from being sold.

The Colman School was attended by African Americans almost exclusively in the 1960s. The state began purchasing homes around the school and razing them to construct I-90. The construction of the interstate divided the Black population and reduced the viability of several local businesses that served the Black community.